Alfonso Ribeiro has had a very "Fresh Prince" run on his season of "Dancing With the Stars." First, the actor performed his famous Carlton dance on the reality show, and went so hard that he injured himself while dancing. Now, his fictional family showed up to offer support.

On Monday, Ribeiro was joined on "DWTS" by "Fresh Prince of Bel-Air" co-stars Karyn Parsons and Tatyana Ali, who played his on-screen sisters, Hilary and Ashley Banks. Joseph Marcell, aka Geoffrey, the Banks' butler, also showed up to support his Ribeiro.

Ribeiro told Us Weekly that it was "really cool" of his former co-stars to visit him. "Just having [all of] them here was wonderful. They're family to me. They'll always be family," he said.

Don't get too excited and hope this means a "Fresh Prince" reboot is in the works, despite all those Will Smith rumors earlier this year. Ribeiro told E! News recently that reviving the '90s favorite won't happen due to the passing of James Avery last year. But at least we have these mini-reunions, as well as Smith's impromptu "Fresh Prince" performances.

Check out the reunion on "DWTS": 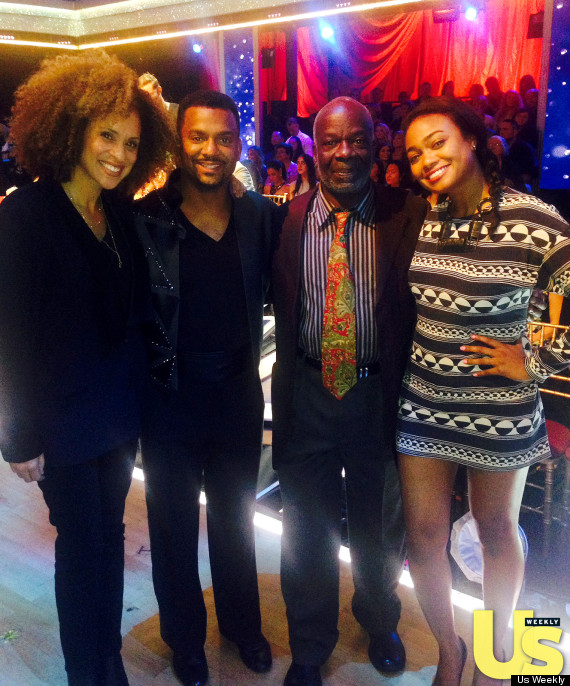 For more, head to Us Weekly.