Here Comes the Bride, and Other Nightmares (Release date: Sept 1, 2014)

Spanning 35 years of Freyda Miller's photography career, this wry and elegant book employs a wide range of styles, aesthetics and narrative strategies in its camera work. In her images, one finds models as well as set-pieces, candid portraiture and the introduction of the emotionally charged props and tableaux that would eventually blossom into her assemblage practice. Moreover, her process in putting this book together as a singular object in itself -- pulling together a multifaceted story out of disparate elements -- manifests the same aesthetic impulse to combine and reconfigure materials into a larger, complex but cohesive, holistic vision. 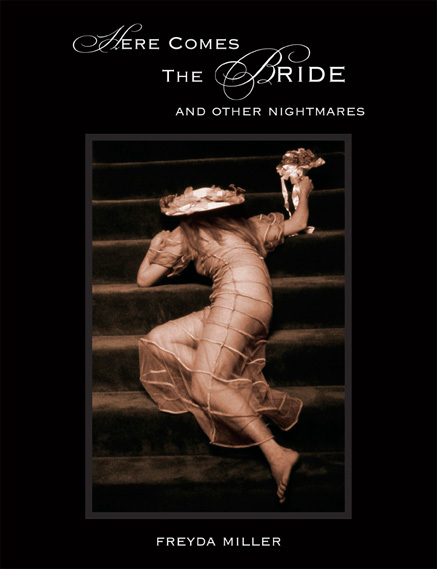 On one level, this book is more than a book, it's an assemblage work both literally and figuratively; it also contains a moving and salient compendium of texts culled from the poetic and prosaic pantheon. So despite its antecedence to what would become the artist's achievements in sculptural assemblage, its primary existence is foremost as a volume of words and images -- a chronicle of evolving styles, accumulated experiences and myriad meanings. For Miller, it was like putting together a puzzle made not only from pieces of herself, but also from her insight into the dualities that persist in how women are perceived and treated in the world at large.

Underlying that meta-level wherein Miller's penchant for additive creativity is most apparent, an examination of how the individual photographs are engineered makes it clear how much she's always favored using unexpected juxtapositions -- of pattern, texture, object, emotion -- courting a subtle dissonance that reflects life's complexities. Miller is drawn to objects possessing a quality of evocative and poetic significance, so that the personal and the universal mingle as she articulates and refines her visual language. In choosing the prop elements for the photographs, she selects items with a connotation of purity or beauty -- the better to show an underlying truth or hidden meaning. While the images are often quite beautiful they are also frequently dark, mysterious and iconoclastic. This reflects Miller's perennial impulse to render an element of the amiss, to "make the viewer or myself uncomfortable, to assert that things are not always what they seem." 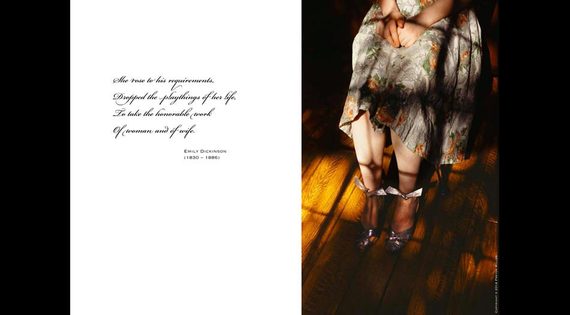 In moving through the book, readers come upon lovely, even contemplative moments nestling up against stark melancholy, anxiety, anticipation and escapism. It becomes clear that although the nuptial ceremonial and ritual iconography is overt and recognizable, the Bride as she appears here is a symbol for a fuller range of female consciousness. Several of the images, while available to be read in this bridal context, are also open to other kinds of readings having to do with things like passion, vulnerability, sensuality and independence -- states of being that are echoed in the accompanying epigraphs. Because she chose familiar, even classic texts with which to pair her photographs, the larger story is anchored firmly in a context of shared cultural experience, while still made very much Miller's own -- speaking to the same interplay of the individual and archetypal that we seen animating the photographs themselves. The flowers, veils, hangers, dolls, pearls, etc. operate as emblems of common experience -- as demonstrated by her acquisition of the objects from her own life and from her time as an admitted flea market, antique store and garage sale junkie. This is a trait shared by all assemblage artists, but one for which Miller also developed a knack during her 20-year career in film production hunting set decor, location and wardrobe. "I love the search and the moment when an object speaks to me. The search is a huge part of my art and creative process." 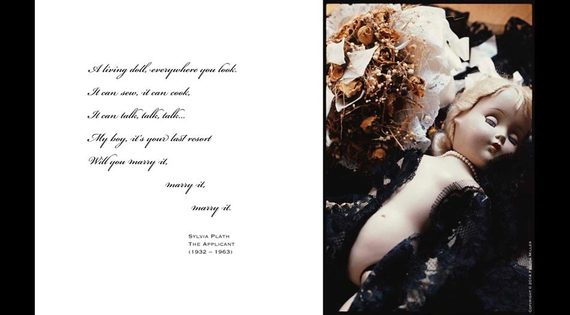 Many of these images date back to the late 70's when she had just graduated from UCLA, where she'd majored in painting, sculpture and graphic art. She had gravitated to photography and studied with Robert Heinecken who was then head of the photography department. "I felt that he gave me permission to express my real self, which was a gift. His work was blatantly erotic and it was inspirational to me -- but I took this influence to heart at my own, more subtle level." Toward the end of the narrative arc, Miller addresses the changing times and certain realities of the current political moment vis a vis women's rights and freedoms. Indeed it is hardly possible to encounter such a tome as this outside that context, as a new generation revisits feminist tenets; and one need only read the papers to see how women are routinely dismissed and degraded in everyday modern life. But the true strength of this project is ultimately its appreciation of how wonderfully far women continue to come. 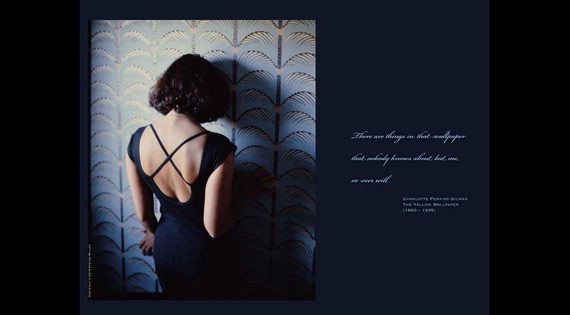 Follow Miller and "The Bride" in a flurry of events, releases, signings, appearances and exhibitions starting in September.

Hennessey + Ingalls is going to carry the book and Miller will have a book signing there in October. Arcana will start carrying the book in September. The Southern California Women's Caucus for Art is doing an event for the book in September. In February Miller will be in New York for the SCWCA and the College Art Association convention and has been asked to have a book signing there with the SCWCA book booth. And In June 2015 Miller will have a solo show at the Women's Museum of California in San Diego.