Let’s face it: We all wish we could be Frida Kahlo. She was a feminist before her time, incorporated indigenous and national Mexican symbols into her art with complete authenticity, and kept up a passionate -- if explosive -- romance with Diego Rivera. Her self-portraits are incomparable, as were her spirited, self-aware quotes.

There’s nothing like a great artist’s birthday to make us feel like insecure about our accomplishments. Brilliant writers and painters may be inspirational, but they also make us wonder how we could ever ascend to their godly heights. Luckily, Kahlo was never one to stay silent when it came to worldviews and lifestyle -- so she left us plenty of advice.

To commemorate her July 6 birthday, we offer you a 7-step-program to be a bit more like the iconic painter. Uncertain how to approach a challenging situation today? Imagine Kahlo as your life coach sitting opposite you, her furrowed brow staring discerningly. Ask yourself, What Would Frida Do (WWFD)? Who knows, you might just end up becoming a brilliant painter. 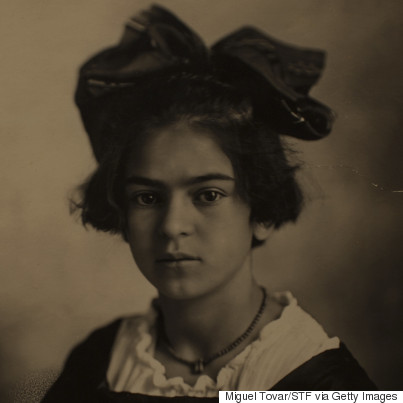 1. Say you don’t do love letters -- then write gorgeous ones

"I don’t know how to write love letters," Kahlo penned ever so humbly to her 1946 flame Jose Bartoli. Then, she added, “Since I fell in love with you everything is transformed and is full of beauty ... love is like an aroma, like a current, like rain. You know, my sky, you rain on me and I, like the earth, receive you.” If only we all didn’t know how to write love letters ...

The moral of the story: When communicating with lovers, set the bar low and then leap over it with dazzling colors. Kahlo supposed ignorance of the epistolary form may have been her greatest strength. It let her play with language and emotion in ways that normal long-distance communication would have prohibited.

Plus, if you’re lucky, those letters might end up being worth a fortune. In an April auction, 25 of her communiqués with Bartoli sold for $137,000. Pretty good for someone who claimed not to know what she was doing. 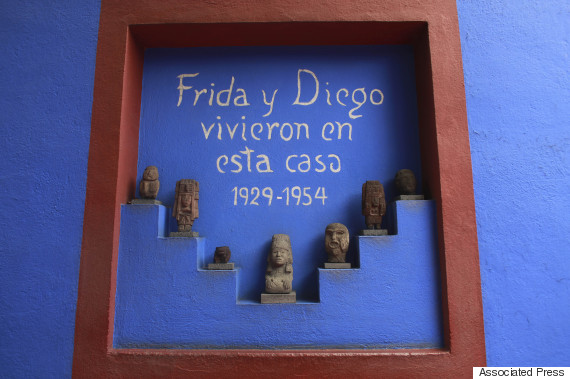 2. Confront your most tragic experiences

When something bad happens to most of us, we run and hide from it -- stuffing memories deep into our subconscious and hoping no one makes us confront them again. Unfortunately, that’s not the way life works, and repression tends to lead to all sorts of psychological problems. Kahlo had a different way of going about things.

Despite suffering from polio as a child and from a terrible bus accident as a young adult, she never despaired. In fact, she began painting while bedridden, for it was one of the few things she could do easily on her back. After her miscarriage at 24, Frida wrote to her doctor, “I cried a lot, but it's over, there is nothing else that can be done except to bear it.” But she did far more than accept the tragedy; she incorporated it into her artwork. Her painting “Henry Ford Hospital” features a nude Kahlo connected with a set of umbilical cords to a series of potent symbols. Rivera's mural “Detroit Industry” worked with similar imagery, showing a baby huddled inside the roots of a plant. These paintings are haunting and moving -- but we tend to forget that they’re radically brave. Kahlo (and Rivera) recognized that tragedy must be confronted, that the most private matters can have a place in our public and artistic personas. 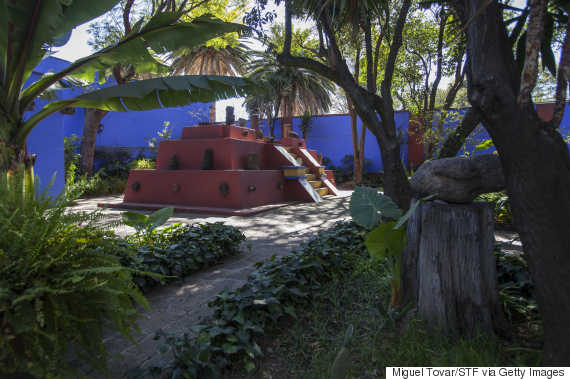 Horticulture has long been associated with creativity and serenity, but Kahlo took the hobby to a whole other level. In the courtyard of her famed Casa Azul (Blue House) in Coyoacán, a borough of Mexico City, she cultivated a plant universe so serene it’s still being maintained for visitors today. Her botanical interests also inspired the natural motifs in her paintings, particularly as her health declined in the 1940s and 50s, and she spent more and more time at Casa Azul. “I paint flowers so they will not die,” she said of the works.

So pick up a trowel and some seeds; you may just become so invested in the plants you’ll need to paint masterpieces to save their lives. And if you’re looking for inspiration, there’s no need to fly to Coyoacán. New York natives and visitors can conveniently head to New York Botanical Gardens in the Bronx, where a new exhibit recreates Kahlo’s garden, with everything from fuchsia to prickly pears to her cobalt house. 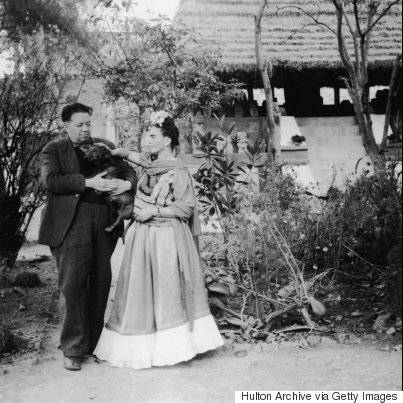 Millennials are constantly being accused of narcissism, and the “me! me! me!” phenomena on social media may have us wishing people would know themselves a bit less. But Kahlo recognized the importance of looking deeply within herself -- in a piercing and authentic way. There’s a reason, after all, that we cite her self-portraits as her most famous works. “I am my own muse,” she said without a touch of irony, “The subject I know best.”

Rather than presume she could speak for swaths of other people, Kahlo painted what she knew. But there’s a difference between those self-portraits and most Instagrammed selfies. Kahlo’s work was piercingly honest, accepting and portraying her life's less glamorous side, instead of hiding it the way we tend to today. She did not lurk beneath filters and a shiny social media sheen -- for she recognized that knowing herself meant being candid and open. 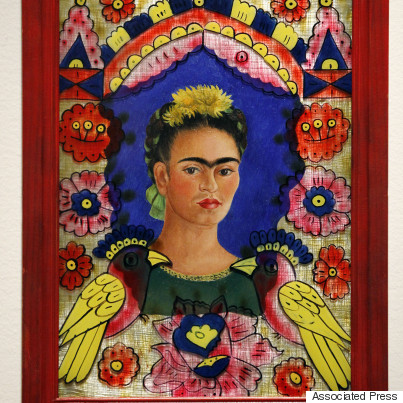 5. Live in a world of paradox

Most of us want to believe that the universe is logical, so we present ourselves as consistent human beings. But take one look at Kahlo’s work, and you’ll see that she never saw the world in that flat, boring way. It’s something her lover Diego Rivera captured exquisitely:

“I recommend her to you, not as a husband but as an enthusiastic admirer of her work, acid and tender, hard as steel and delicate and fine as a butterfly’s wing, lovable as a beautiful smile, and as profound and cruel as the bitterness of life.”

Life coach Kahlo would tell you that gentle and harsh can be combined, ugliness and beauty easily intermixed -- that your life, like her artwork, need not be understood through a single lens. It’s an incredibly liberating idea: to abandon singular identities and lean into the chaos. 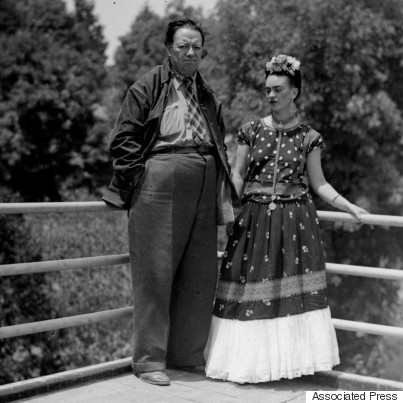 Long before the “I’m not into labels” undergraduate began to flourish at American colleges, Kahlo was rejecting the idea that humans could be categorized and subsumed under simple words. She is often called a surrealist due to the way her paintings mix images in a dreamlike way -- combining symbols and bodies in ways that seem impossible for the waking mind to perceive. But Kahlo rejected the term, saying “They thought I was a Surrealist, but I wasn’t. I never painted dreams. I painted my own reality.” Truly great artists, after all, cannot be pegged to single movements or ideologies -- and Kahlo knew this. She always defined her work on her own terms: as her reality. 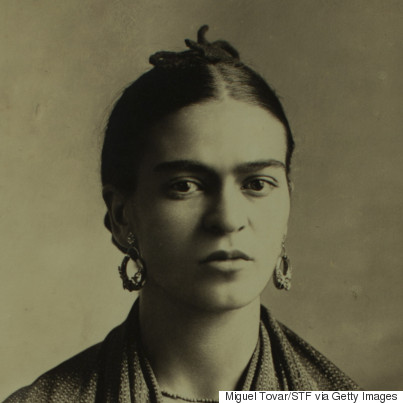 7: Never get caught up in your success

Even the most humble and authentic specimens of humanity cannot help but be dazzled by validation and fame -- unless you’re Kahlo. As her art grew popular and beloved by high-art circles, she stayed true to her roots and skeptical of elitism. “They are so damn 'intellectual' and rotten that I can’t stand them anymore,” she once griped. “I would rather sit on the floor in the market of Toluca and sell tortillas, than have anything to do with those 'artistic' bitches of Paris.”

So if you ever become too self-satisfied, too proud of the success Kahlo-as-life-coach has brought you, ask yourself once more, WWFD? The answer: Get off your pedestal and sit down on the floor.