Before Frida Kahlo reached her 25th birthday, the Mexican artist had contracted polio, survived a horrific bus accident and endured a traumatic miscarriage. However, the loss of her baby -- compounded by the alienation she was experiencing while living in Detroit -- shaped her artistic vision and propelled her career forward, as shown in a new exhibition put on by the museum that brought her to the city 80 years ago.

“Diego Rivera and Frida Kahlo in Detroit" opens Sunday at the Detroit Institute of Arts. It looks at the time the couple spent in Detroit in 1932 as Rivera -- by then an acclaimed artist -- painted the “Detroit Industry” murals commissioned for the museum.

The cycle of frescoes celebrating the city’s booming industries wrap around the central court and are a foundation of its collection. Large scale “cartoons” Rivera drew as studies for the murals are shown in the exhibition for the first time in nearly 30 years.

But as Rivera worked on his famous murals, Kahlo was making some of her early definitive work, now shown for the first time in the city where it was made.

"Frida began work on a series of masterpieces which had no precedent in the history of art -- paintings which exalted the feminine qualities of endurance of truth, reality, cruelty, and suffering,” Rivera said in his as-told-to autobiography My Art, My Life. “Never before had a woman put such agonized poetry on canvas as Frida did at this time in Detroit." 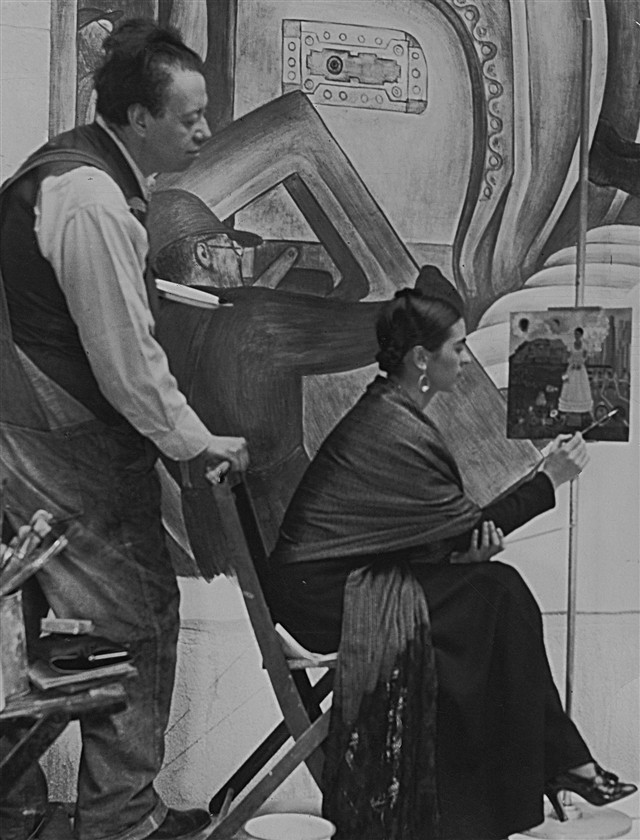 In the first few months of the couple’s stay in Detroit, Rivera was preparing to paint the murals while Kahlo was disenchanted with Detroit, isolated and pregnant. Citing Kahlo’s letters to her doctor, the DIA exhibition says she feared injuries from her bus accident would make giving birth impossible, and considered terminating her pregnancy in May. In July, she lost a large amount of blood and was rushed to a hospital, where she miscarried. She spent two weeks there recovering, and turned 25 in a hospital bed.

“I cried a lot, but it's over, there is nothing else that can be done except to bear it,” Frida wrote to her personal doctor.

Kahlo channeled her grief into art, drawing while in the hospital, then painting the evocative self portrait “Henry Ford Hospital.” 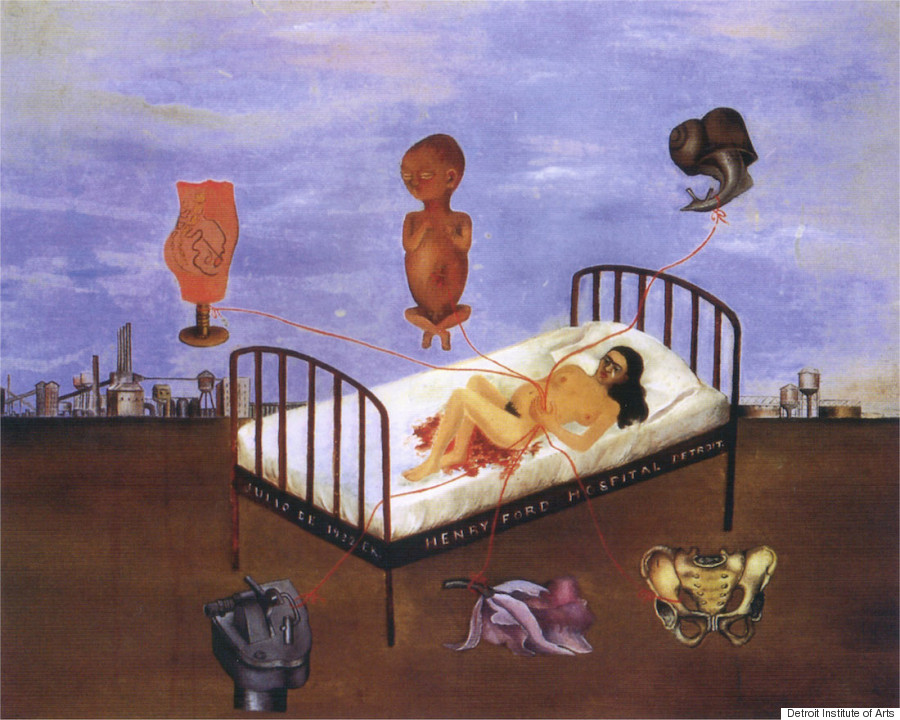 Kahlo reveals all of herself, bloody and crying on a hospital bed, with red strings tying her to symbolic images. She is marooned in an empty space, the industrial Detroit skyline far behind her. According to the exhibition information, Kahlo said the field represented Mexico, surrounding herself with the comfort of her homeland.

Her miscarriages and unfulfilled desire to have a child became a major theme of her work, the exhibition's curator, Mark Rosenthal, told The Huffington Post. 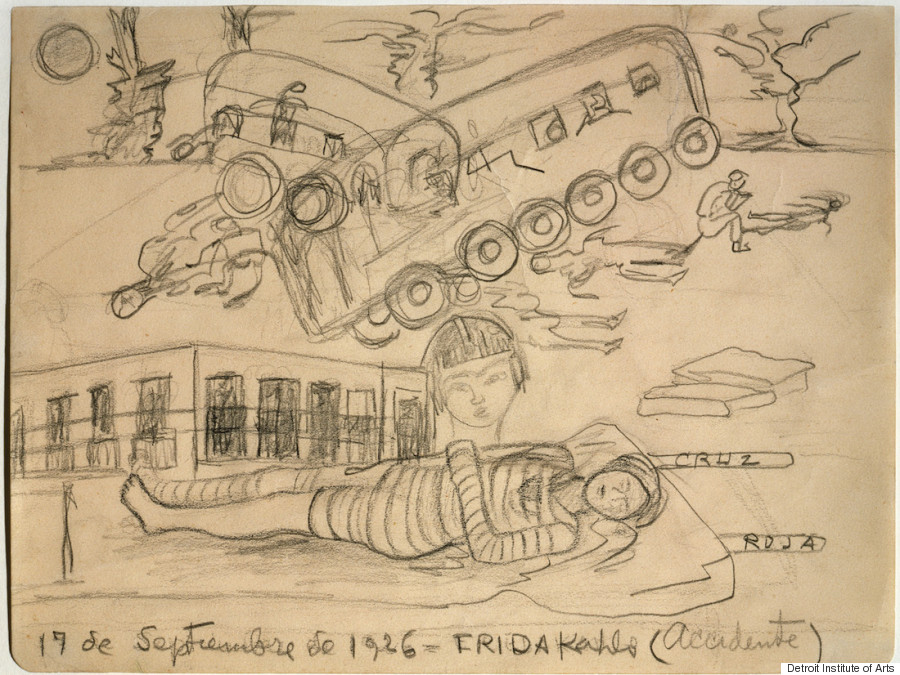 The miscarriage also influenced Rivera to change a panel of his murals. Instead of an agricultural scene (shown in one of the prep drawings in the exhibition), the panel shows a baby inside the bulb of a plant. 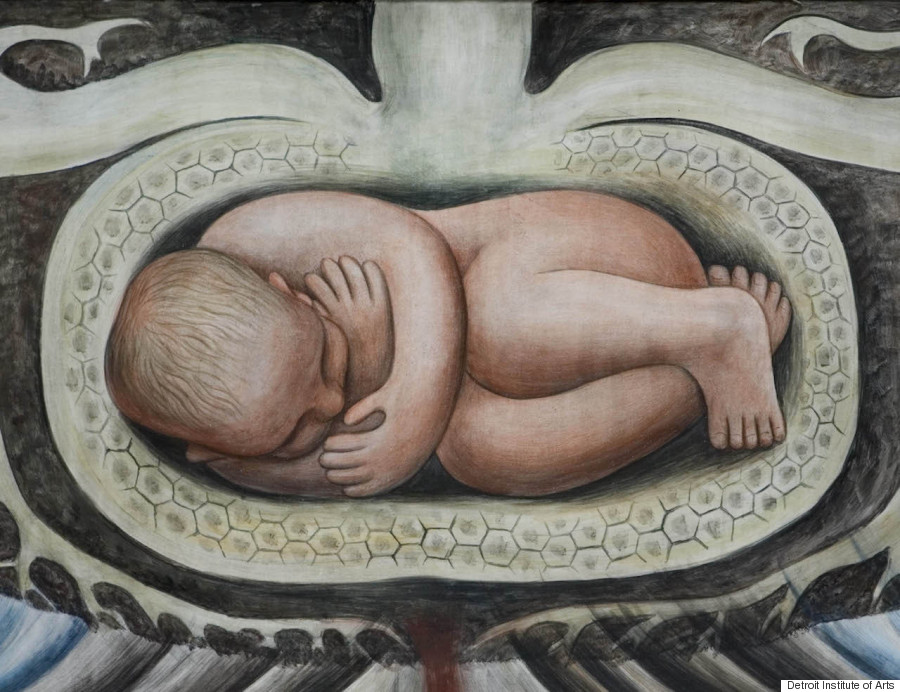 Apart from her health issues, Kahlo missed Mexico and found little to like about Detroit. Rivera was busy with the murals, so she spent more time painting; he encouraged her to keep pursuing art.

While her husband was taken with the city and its industry, Kahlo saw “a shabby little village.”

“The industrial part of Detroit is really the most interesting; the rest is ugly and stupid,” she wrote in a letter. 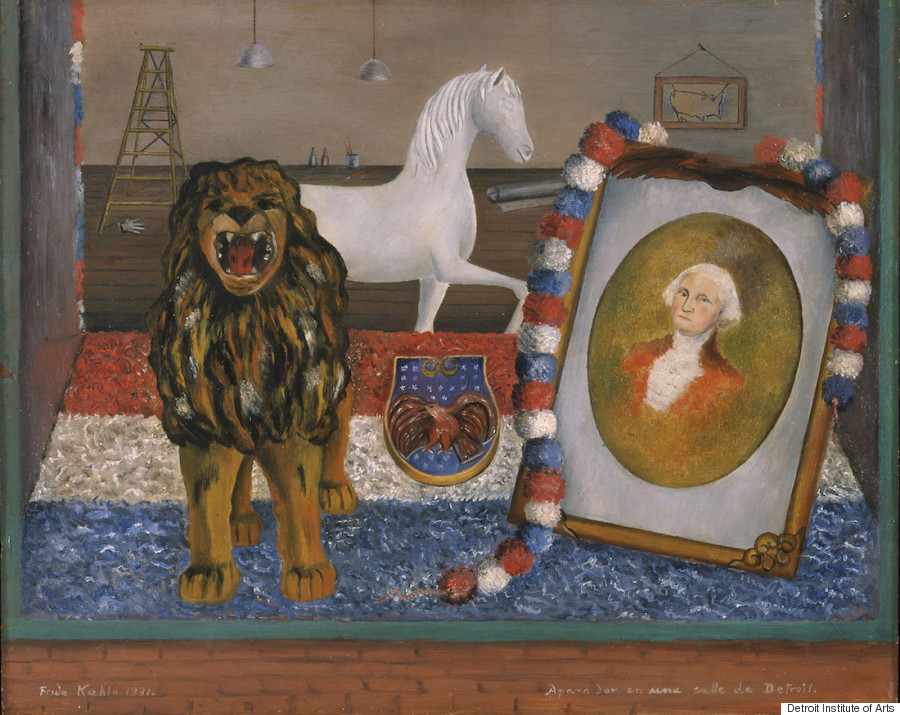 Like Rivera, Kahlo incorporated allusions to Mexico into work she made in the U.S. However, while Rivera’s "Detroit Industry" murals depict the different cultures intertwined in a larger story, Kahlo’s work showed “no sign of the synthesis” of the two, Rosenthal said.

That can be seen in “Self-Portrait on the Borderline between Mexico and the United States,” painted in Detroit. Kahlo stands between two starkly differentiated depictions of the two countries. 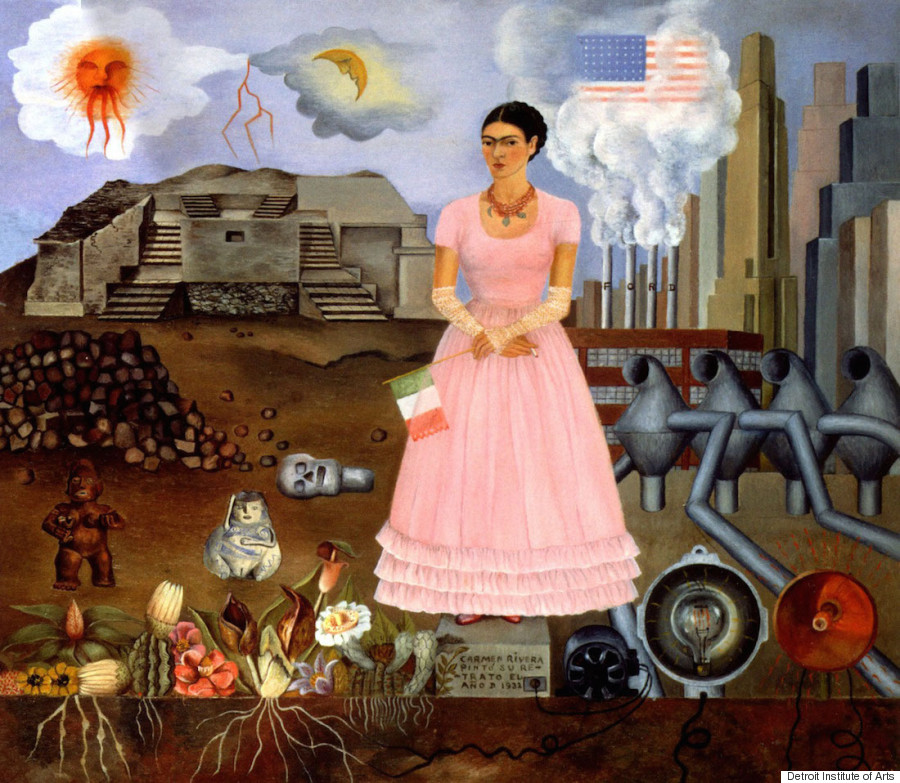 Before she and Rivera left in the spring of 1933, Detroit seemed to offer Kahlo torment after torment -- she also returned to Mexico for a month to see her sick mother before she died. But for all the misery, her experiences in the city, where she started referring to herself as a professional painter, were a catalyzing force in her art career, pushing her to focus on the unflinchingly personal self-portraits for which she is known. 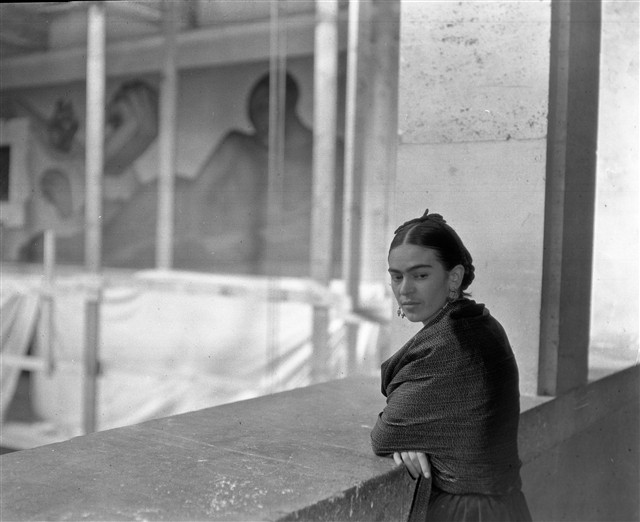 “Diego Rivera and Frida Kahlo in Detroit” is on display March 15 through July 12 at the Detroit Institute of Arts. See the museum's website for related programs about the artists and more info.