Frida Kahlo is best known for her painted self-portraits, but an exhibit titled "Frida Kahlo: Her Photos", which showcases photographs from the artist's private collection, provides us with a new insight into Kahlo's private life.

The collection includes over 6,500 pictures which were kept private for over 50 years after Kahlo's death. In 2007 the photographs were finally displayed to the public and kept at the "Frida Kahlo Museum" in Mexico City. But now some of the personal photographs are on display for the first time in the U.S at Artisphere in Arlington, Virginia.

"It's fun to see snapshots of these people just living their lives," said Cythnia Connolly, visual curator at Artisphere to NPR. "It's a window into her life."

The photos were originally found in the house where Kahlo and her husband and fellow painter, Diego Rivera, lived. Some of the photos are of the artist while others were taken by Kahlo herself. Although best known for her painting, Kahlo came from a long lineage of photographers. Her father Guillermo made his living as a photographer, a skill he learned from his own father. Many of the photographs in the collection include self-portraits of her father. Others were taken by prominent photographers--some of Kahlo's close friends-- Manuel Alvarez Bravo, Tina Modotti and Nickolas Muray among others.

Have A Look At Some Of The Pictures In "Frida Kahlo: Her Photos": 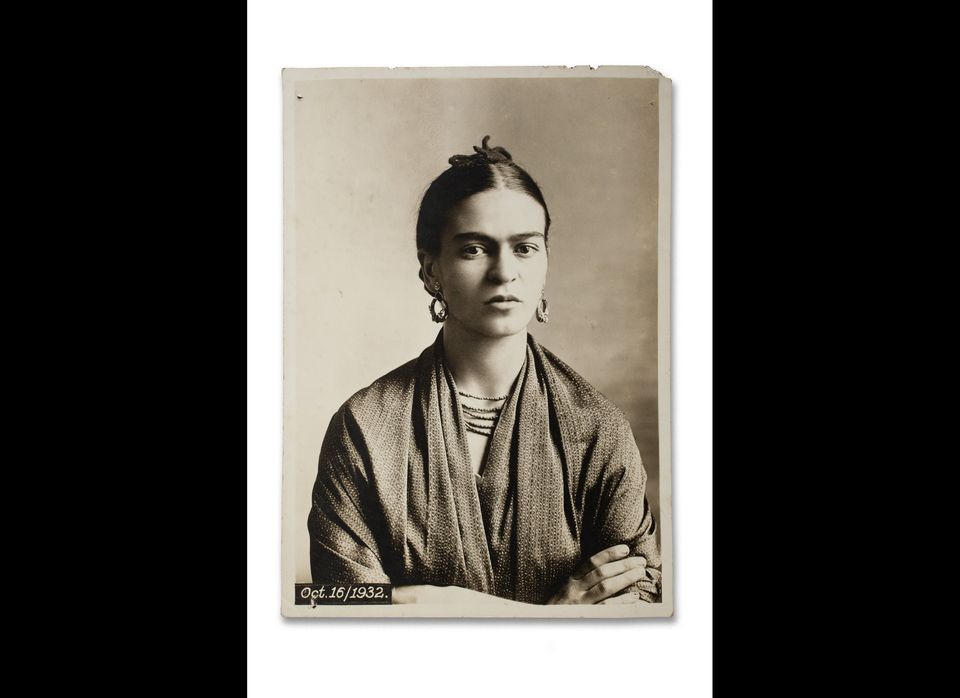