Friday the 13th isn’t an unlucky day ― unless you have “friggatriskaidekaphobia.”

That’s the term psychologists give the small number people who are afraid of Friday the 13th. It’s named after Frigga, the Norse goddess for whom “Friday” is named, and triskaidekaphobia, meaning fear of the number thirteen.

If being labeled with that term scares you, you can say you suffer from “paraskevidekatriaphobia.”

Learning to pronounce either term is the first step to recovery.

Although there are probably more people who fear the release of yet another “Friday the 13th” film, a substantial number of people are nevertheless worried about Friday the 13th, the date.

A 2011 study by the Stress Management Center and Phobia Institute in Asheville, North Carolina, suggests an estimated 17 to 21 million people in the United States are affected by a fear of this day.

The man behind the study, Dr. Donald Dossey, told National Geographic in 2004 that the fear of one calendar quirk can have a serious impact on the economy.

“It’s been estimated that $800 or $900 million is lost in business on this day because people will not fly or do business they would normally do,” Dossey said.

University of Delaware mathematician Thomas Fernsler said the number 13 has long been considered unlucky because it is not 12.

Apparently, numerologists considered 12 to a “complete number” because it represents the number of months in a year, the gods of Olympus, the tribes of Israel and the apostles of Jesus.

The two unlucky entities ― Friday and the number 13 ― only became connected about 148 years ago when Henry Sutherland Edwards wrote in a biography of composer Gioachino Rossini:

Rossini was surrounded to the last by admiring and affectionate friends; Why Friday the 13th Is Unlucky.

There have been some unlucky events that just happened to have occurred on a Friday the 13th.

Friday the 13th isn’t unlucky for everyone. Celebrities born on an October 13 that fell on a Friday include “Close Encounters of the Third Kind” actress Melinda Dillon (1939); Robert Lamm, the keyboardist of Chicago (1944); “Grey’s Anatomy” and “Private Practice” star Kate Walsh (1967) and baseball great Trevor Hoffman (1967).

If you do suffer from friggatriskaidekaphobia, or at least the fear of mispronouncing it, take heart: This is the last Friday the 13th of 2017 and the next one doesn’t happen again until next April.

PHOTO GALLERY
Friday The 13th: 13 Wacky Superstitions From Around The World
Voting Made Easy
Register to vote and apply for an absentee ballot today
Register now 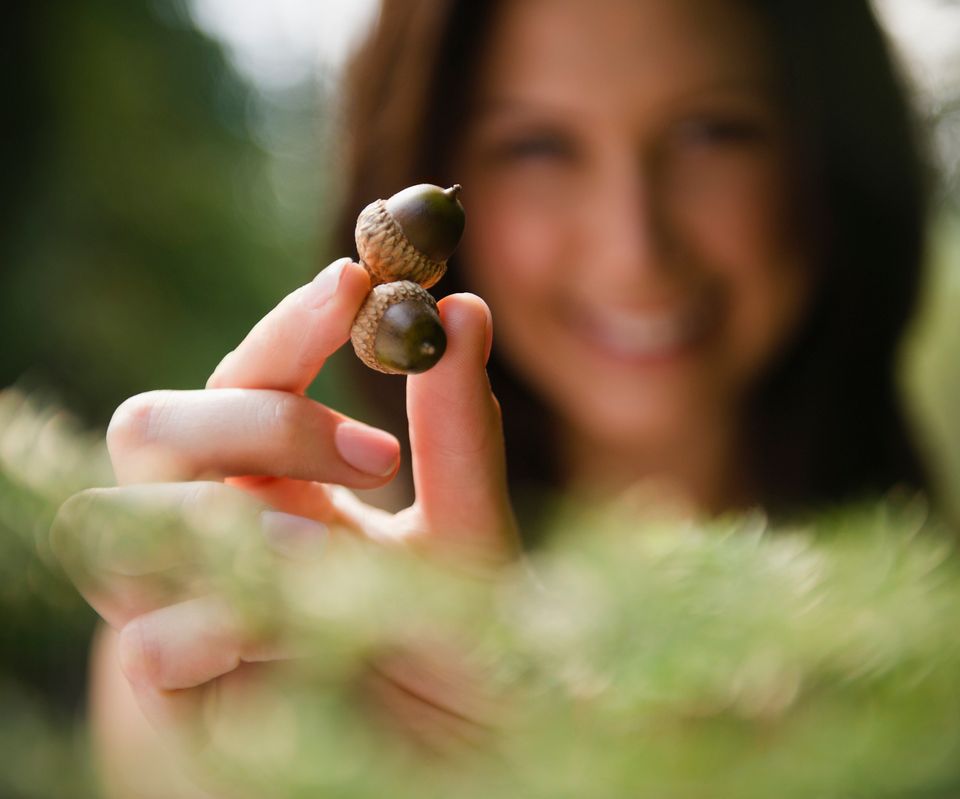 1 / 13
The Key To Youth: Carry An Acorn
Centuries ago in Britain, women would keep acorns in their pockets with the belief that doing so would help them maintain a youthful appearance. According to the Encyclopedia of Superstitions, the oak tree symbolized longevity and health because of its incredibly long life-cycle and sturdiness.
Getty