1. The iconic orange couch was found ripped and tattered, deep in the corners of a prop basement.

2. The frame around the peephole was originally supposed to have a picture, but then the glass was accidentally broken.

3. Chandler's awkwardness around women and habit of stressing the word "be" in questions was actually based off Matthew Perry. 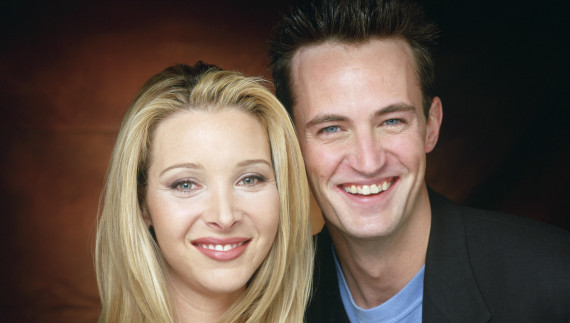 4. Jennifer Aniston and other cast members were scared of Matt LeBlanc before meeting him, just based on reading his character's forward personality. 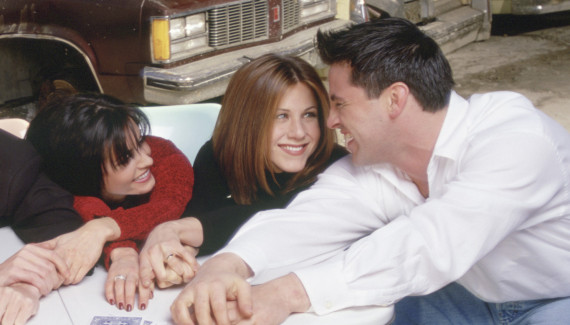 5. The real reason Monica's apartment was so big was actually different than what the show claimed. It was based on the set designers' own apartment from the 1970s.

6. NBC expected to get tons of hate mail for the gay wedding, but only received a handful of complaints.

7. The famous "mistake" in the establishing shot actually has an explanation.

8. Central Perk was actually kind of, sort of based on a particular restaurant in Manhattan.

BONUS: Yes, the orange couch at Central Perk was always reserved, it just wasn't supposed to take us 10 years to discover that. 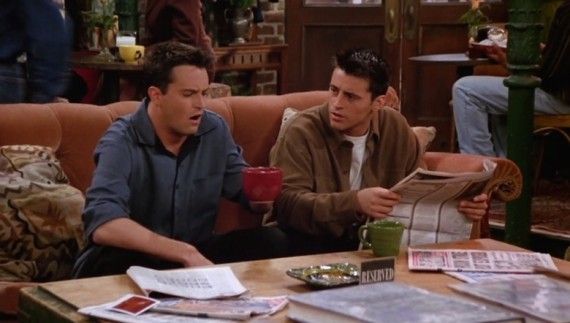 Above image is screenshot from "Friends." All other images Getty unless otherwise noted.