Quincy Rose, the godson of Woody Allen and the offspring of the late Mickey Rose (an Allen collaborator on films such as Bananas and a writer for The Tonight Show with Johnny Carson), has just scribed, directed, produced, and edited his second feature film, Friends Effing Friends Effing Friends (FEFEF) so roll out the red carpet and blow the horns. Such an amazing lack of talent has seldom been contained in a mere 117 minutes.

This is not to propose that Mr. Rose is totally bereft of any artistry. The trailer for his initial effort, Miles to Go (2012), in which he stars, displays an engagingly high-strung neuroticism in his Allenesque take on heterosexual relationships, and you can't help but wish he had cast himself as a lead in FEFEF.

But before I decimate the theatrics and the writing, let's confront the plot. Two childhood buddies -- one circumcised, the other not -- who used to compare their genitalia as children, are still arguing about the beauty and length of their members two decades later while in a restaurant with one of their girlfriends. "I have the Kate Moss of penises," avows Jacob (Tyler Dawson). His buddy Steve (Graham Skipper) argues back that uncut penises grow at least an inch longer than their unsheathed pals. Laura (Jillian Leigh), Steve's live-in mate, thinks this is all a little bit gay and decides to fix up Jacob with her best friend Sarah (Christina Gooding), who lives with a sexy blonde roommate Camille (Vanessa Dubasso). 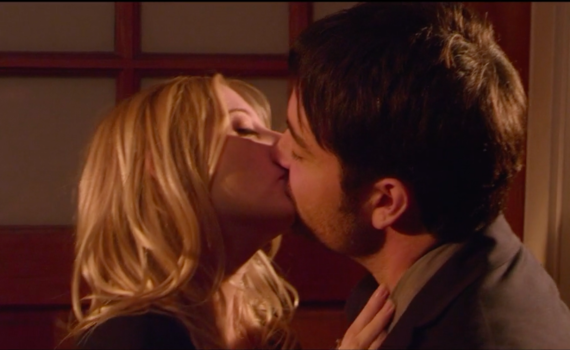 Jacob's replies include: "You're talking to Penis Boy" and "Get out. Get laid. Get a rub and tug."

The whole shebang is sophomoric with little wit, bland-in-the-extreme casting, haphazard direction, annoying editing, and vomitatious writing. Dubasso as a nymphette and Gooding as a gourmet cook/gal pal, however, do rise above the celluloid muck that Rose has splattered across the screen, but not often enough to salvage this pointless exploration of desire and cheating among the mindless.

To be fair, there is some humor here, but it is unintentional and found in the production notes. Rose writes, "As I sought money for the project, I got polarized feedback on the script. I had one guy tell me he hated it." The budding auteur goes on to convince himself that it is not the quality of the writing that's at fault but that he is hitting "too close to home." He then notes his inspirations: Truffaut, The Squid and the Whale, and Woody's Husbands and Wives (1992). It's sort of like the creator of Hostess Twinkies saying he was inspired by the goings-on at Le Cordon Bleu. 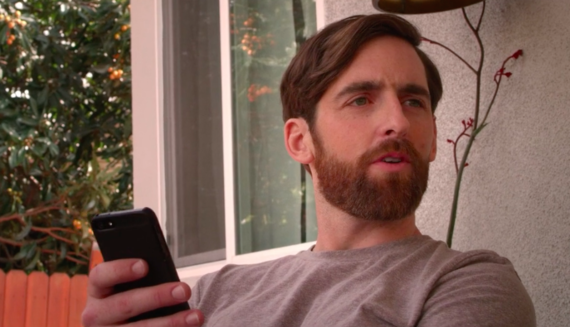 Rising star Tyler Dawson, in the role of the hot-to-trot Jacob, showcases all the charisma of Ben Affleck in Gigli.

The good news is that the young director's next feature is titled The Narcissists. Clearly, this is more familiar material that will help Rose find his footing and thrive.

The talented Christina Gooding (Sarah) hides her face when she realizes this film will eventually be reviewed. Mr. Dawson (Jacob) tries to comfort her.