Might as well have called this, "The One With A Little Help From My Friends."

The Huffington Post recently spoke with Leslie Litt, the Emmy-nominated casting director for "Friends" during most of its run, which is how we learned that Ross Geller almost became the son-in-law to a Beatle.

As you recall, in Season 4, Ross was set to marry Emily Waltham. Everyone (minus a very pregnant Phoebe) flew to London for the wedding and though Ross ended up saying Rachel's name at the altar, he and Emily still got married. Paul McCartney was almost the one trying to extort the Gellers into paying for a wine cellar and a new lawn.

As Litt told HuffPost, she tried to convince McCartney to play the role of Emily's father for the two-part arc. "I went through his manager and gave him all the details," said Litt. "One day, someone in the office brought me a faxed letter written to me by Paul himself!"

Unfortunately, the letter wasn't McCartney saying, "I'll be there for you."

"He thanked me for my interest and said how flattered he was, but it was a very busy time for him," Litt said.

Understandably, Litt was still thrilled she got a letter from McCartney at all. Although, it certainly would have been cool to see the star threaten Ross' dad, saying, "You want a piece of me, sir?" and "I could kill you with my thumb, you know." 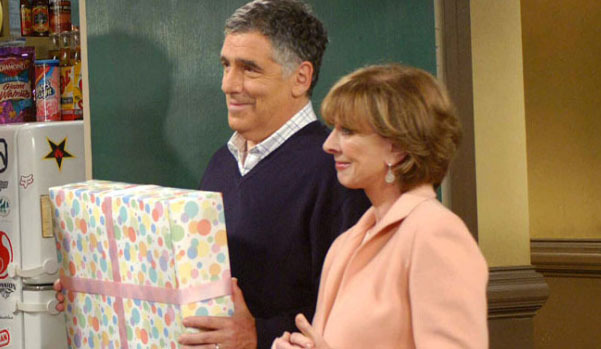