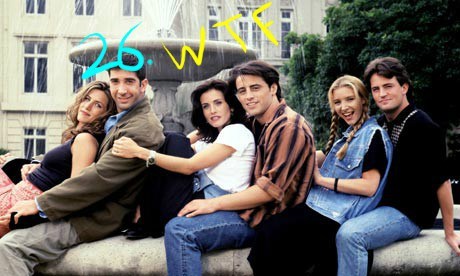 That was largely my reaction to watching the entire series one of Friends again. I've of course watched Friends a lot since it finished, I mean I'm not an animal, but never in any order. I tended to follow it in whatever order the TV channel that was carrying it wanted to throw at me. One minute she gets off the plane, the next skinny Chandler is all up in Janice's grill clutching on to that hideous/fabulous leopard print boot. The series turns 21 this week, and to honour that milestone I decided to go back to the start, old fashioned DVD boxset-style. A re-watch, a rebirth, a rediscovery (NOTE FROM EDITOR: calm down).

Age aside (TWENTY SIX?), I discovered six key things I didn't know I knew during my more crazy mixed up viewing habits. So here we go, Friends series 1... a re-reaction. 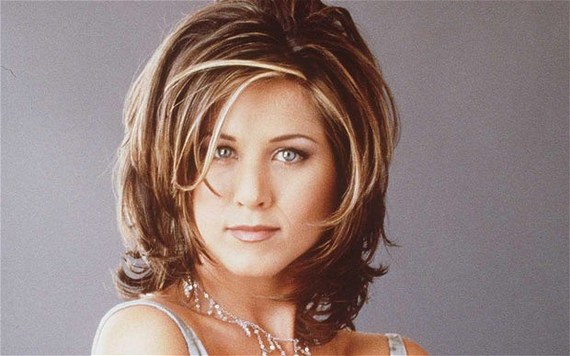 1 'The Rachel' hairstyle is a blink and you'll miss it situation. Full disclosure, I hate that hairstyle. I understand that thousands, if not millions, of 90's ladies wanted it on their heads, but it is awful. Thankfully, it actually wasn't in it for very long. To my eyes, about half the first series includes 'The Rachel' and then that's all folks. That's the power of the Aniston though right, I mean I'm not saying she's Jesus but let's be real, she was sent here to save us all. 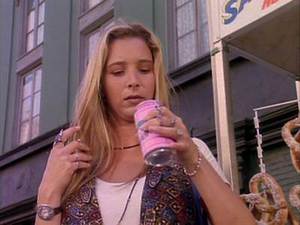 2 - Poor Phoebe. She just doesn't get a look in. Minor stories like the thumb in the soda thing, and a token love story with lovely David, but that's really all we see of her. Could she be more supporting cast? If you want evidence of how little is about her, I give you this: David reappears later in the show's run to represent Phoebe's great love, yet he's only in it for ONE episode of S1. That is how much screen time they gave the Buffay's great love story. Well done everyone, it's not like Kudrow is a national treasure or anything.

3 - In contrast, series one really is the one about Ross and Rachel. Seriously, between Ross' divorce, his baby, Rachel's wedding walk out, her journey from spoilt to, well, less spoilt, her relationship with Paolo (who, I might add, gets three episodes in series 1. That's two more than David... case rested) -- it's just non-stop with those two. Plus, of course, the 'will they won't they' starts. Now don't get me wrong, I'm as into the whole Ross / Rachel thing as the next 90s kid, but I had no idea these two were so all encompassing. 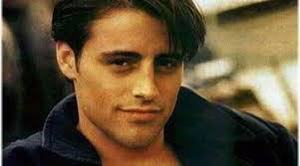 4 - Joey is not stupid, nor is he creepy with women. I get it, character development etc. But really, he's actually kind of witty and charming in S1. He's sarcastic and slightly deep (that whole thing with his dad, too cute). I quite like some dumb Joey moments, but in the end I thought they got a bit annoying. Our Italian Stallion could have been so much more. Alas. (EDITOR: seriously, calm down)

5 - What's with the beam? Monica's apartment has this weird beam in it that is def removed at some point. I don't like it and I'm glad she changed it. I don't think Monica's decorating is always on point (purple, really?), but she werked it out with that decision -- it would have been the first thing to go if I lived in that palatial apartment.

6 - I'm about to come out. This is a big moment for me so be kind. Monica is my favorite character.

Phew, it feels so good to say it out loud, when's the parade (etc). Basically, Monica is sarcastic, tough when she needs to be, deals with her crazy mother, is not that bothered that she's supremely uncool and has a deep rooted pride in the apartment she keeps spotless. I'm not saying I relate to her, but when the shoe fits... (NB Mum I'm totally kidding, LOVE YOU).