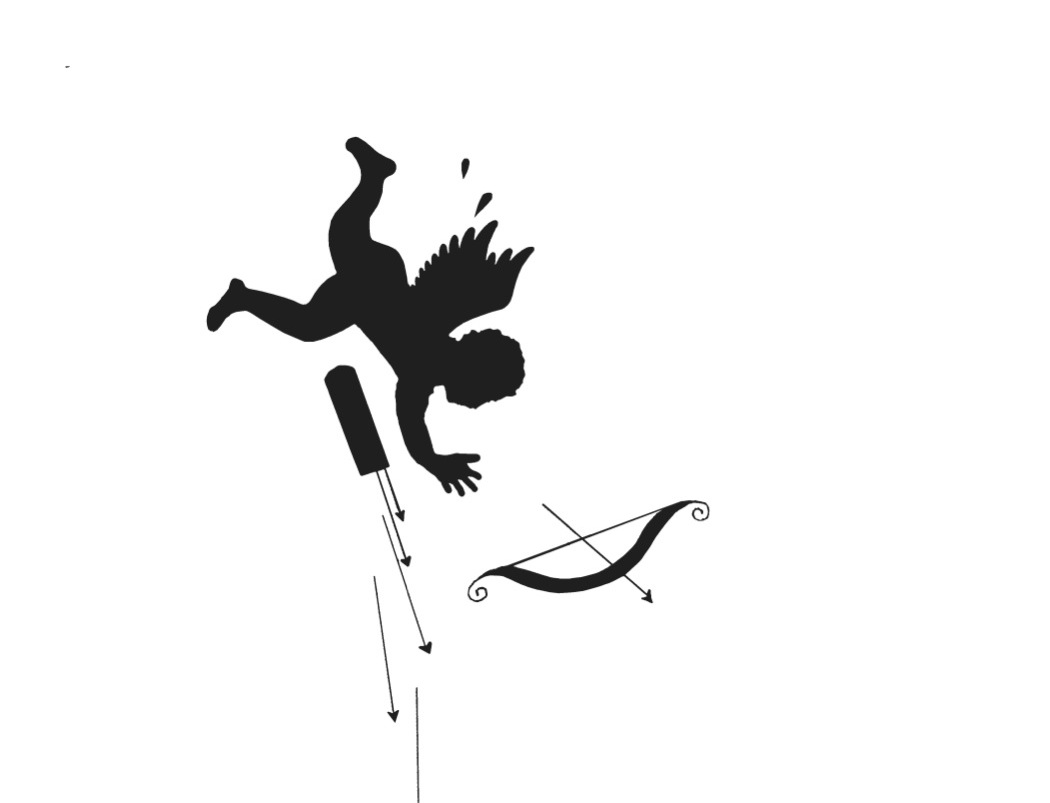 I'm not big on sharing personal stories here. This isn't a diary or an outlet for a wannabe Carrie Bradshaw. But with Valentine's Day tomorrow, I imagine love (past or present) is on people's minds.

Relationships are tough because all the foreshadowing in the world can't completely prepare you for how you feel when they end. Breakup week is different for everyone. It ranges from melodramatic like an Alanis Morissette song, to liberating like an impromptu performance of "You Don't Own Me".

My most recent ex and I broke up last summer. I knew that it was necessary, but I was so sad that I occasionally lost sight of rationale. In early June, I wished it would storm more so that my ex would have fewer beautiful days to spend outside. It wasn't vindictive; it was a manifestation of my grief. And so, I often gut-checked with friends to make sure I was thinking clearly. The biggest discord came when I asked: could we still be friends?

Fast-forward nine months, and I'm helping with his recently launched start-up, Bummer Baskets. It's a Web shop that sells care packages for unfortunate life events -- namely breakups. We talk about breakups almost daily. Today, he made me laugh four times; I only wanted to kill him once.

Building a friendship off a breakup sucks. It's like slowly ripping a Band Aid off the hairiest arm in the world. But never have I experienced anything so conducive to my personal growth. The vernacular around breakups is, "He's not worth it," or, all too frequently, "It just can't work." Maybe the relationship can't work, but there can be a happy ending in some alternative. What people misunderstand is that it's less about salvaging what you had and more about using the friendship process to understand what went wrong and how to do better next time.

This Valentine's Day, use these tips to recover from a recent breakup without having to write-off your ex as the bad guy. Head to the comments to share your tips or tell me I'm wrong. Note that I'm not advocating for friendship if your ex cheated, stole from you, or always put an empty milk carton back in the fridge.

People insist that the only way to move on is to recall bad days, and that remembering good days leads to hanging on. It's so counterintuitive to me to encourage someone to dislike a person they once loved. Instead, force yourself to reflect on reality, good and bad. In my last relationship, I did 100 things wrong, but instead of placing blame on myself and falling into a pattern of self-loathing, I motivated myself to get excited about how I wouldn't make them again. I'll never call a fit boyfriend fat just to spite him, and I'll never again give someone RuPaul's autobiography for his birthday.

Switch from coffee to tea for whiter teeth. Do 50 pushups before bed (even after working late and waiting all week to watch that episode of Revenge.) I heard from a recently dumped friend, "My ex hated my skinny legs." Turns out, my friend was the one who hated his skinny legs, and after two months of distance running with ankle weights, he had his confidence back; in fact, he wore shorts to bars and restaurants so often that it became a problem.

The Ronettes said that the best part of breaking up is making up. They were wrong. The song come out in 1964; the world is much smaller now. With Facebook and Gchat, seemingly minor transgressions linger. Plus, a pocket full of Grindr offers endless opportunities for rebound sex. Avoid them! I'm not advocating a period of celibacy, but you should conduct yourself as you would whenever you were last single.

It's impossible to focus on yourself or a friendship if you don't put any space between the breakup and the future. My friends who are management consultants sometimes say they need to let ideas "marinate" -- let the breakup simmer and stew. Write your feelings down, cry, be alone. And hell, with all of those cooking verbs, allow yourself a little ice cream.

After another particularly harsh breakup, I suggested that my ex and I grab dinner. My ex wouldn't commit to more than a cup of tea. He later admitted that anytime he was around me, he lost his appetite. The recovery process is slow, and timelines don't always align. The head and the heart heal at different paces, so don't put pressure on yourself (or your ex) to patch things up right away. He won't forget who you are. And do start with a drink, but avoid tequila at all costs.

Don't put pressure on yourself to establish a friendship. As you work toward it, you should be constantly asking yourself if friendship is truly what you want. It doesn't always make sense to be friends, but you only figure that out if you try. Like in Too Wong Foo, Crossroads, and the many terrible pop songs on their respective soundtracks, it's more about the journey than the outcome.