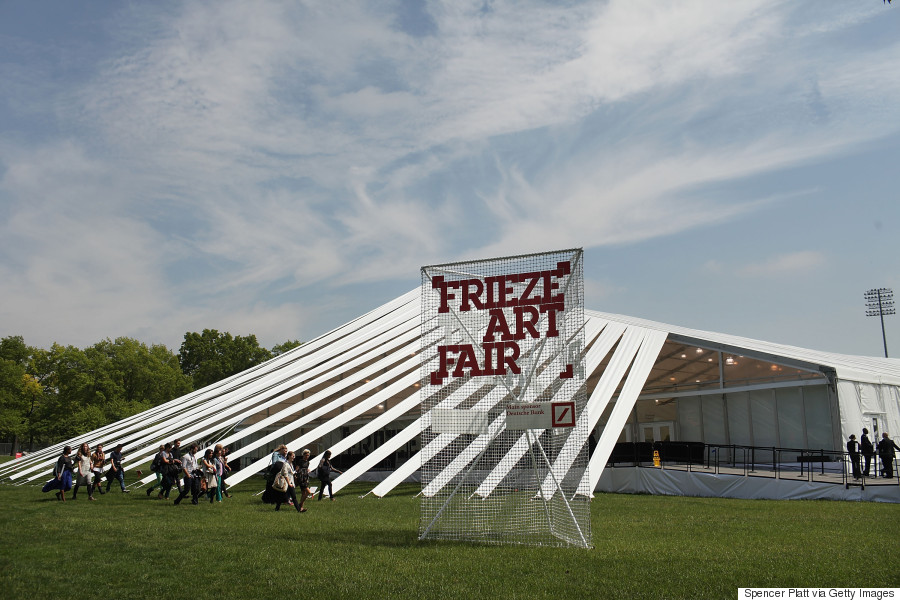 We don't know how it happened so quickly, but alas, Frieze week is upon us. Whether you're ironing your slacks, packing up your checkbook, or boarding the Ferry to Randall's Island with hopes of getting your butt tickled by a sexy octopus, we got you covered. Behold, the 10 most buzzy, striking, dizzying and just plain bizarre happenings on this year's bill.

If you're looking to test your physical strength, eat an ice-cream cone or perhaps make a quick $20, read on to make your artistic dreams a reality.

"Camil's textiles require direct participation, quietly emphasizing the characteristic experience of the art fair, where the act of looking at art is as important as the act of looking at others and distinguishing oneself from them," the wall label reads. The stunning status symbols, made from fabric remnants and leftovers, are certainly the most stylish works at the fair, not to mention the cheapest.

Want to make a quick $20 this art fair weekend? Artist Jonathan Horowitz is inviting fair-goers to participate in his interactive installation at Gavin Brown's booth at Frieze New York. Participants are asked to add acrylic paint onto eight-inch-diameter circles on square-foot canvases, which are then mounted into seven 50-by-50 clusters. Those who succeed walk away with a $20 check -- or an original Jonathan Horowitz, depending on how you look at it. 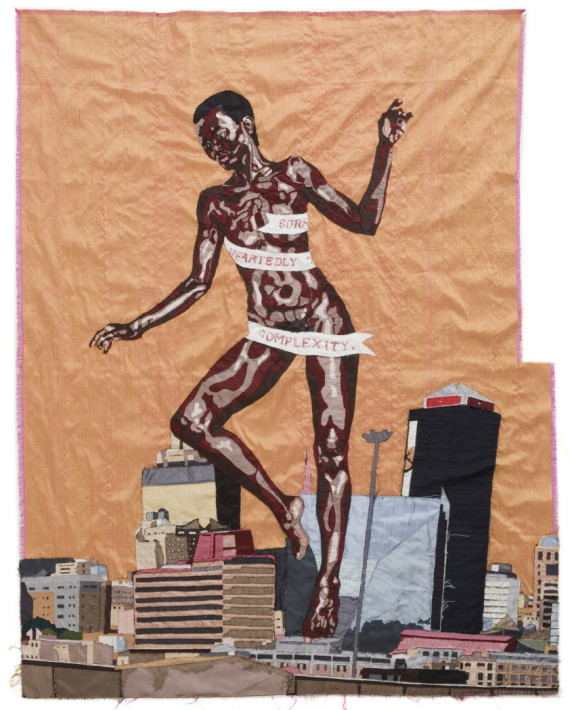 The new Brooklyn fair everyone is talking about, the 1:54 Contemporary African Art Fair, is hosting 15 galleries either based in Africa or focusing in African contemporary art, located everywhere from Marrakech to Seattle, as well as programming from artists like Hank Willis Thomas. We're particularly excited for Sunday's book launch of "Body Talk: Feminism, Sexuality and the Body in the Work of Six African Women Artists," featuring curator Koyo Kouoh and participating artist Marcia Kure. See a preview of the fair on Artsy.

Performance artist Millie Brown, formerly known as our personal favorite vomit artist, is changing direction a bit with her Marina Abramovic Institute (MAI) collar "Blinded by the Light." At Select Fair, over the course of four days -- or four sun cycles -- Brown will wait in a room of light and looping sound as grains of sand fall onto her head and body until she's eventually buried in a pyramid of the stuff. According to her statement, "she aims to transcend into a state of pure light." Ambitious indeed.

6. Flux Art FairWhen: May 14-17Where: The Corn Exchange Building, Manhattan

This marks the inaugural edition of Flux, Harlem's first contemporary art fair, a curator-led display revolving around the theme of "21st Century Artist As a Nomad." The fair also hosts Harlem EatUp!, a wildly delicious looking festival combining all the cultural sights and flavors of Harlem, organized by Red Rooster's Marcus Samuelsson and Herb Kalitz.

"I wanted to marry the best chefs in the country with the best talent in Harlem," Samuelsson told The New York Post. Our mouths are watering just thinking about it.

As part of Creative Time and Central Park Conservancy's Drifting in Daylight, artist Spencer Finch is bringing an artwork sure to please eco-friendly art lovers and randomly wandering five-year-olds alike. Because ice cream! The artist's rainbow sherbet-colored, solar-powered ice cream truck will dole out soft serve cones that capture all the various hues of spring.

Also a part of Drifting in Daylight, Icelandic artist Ragnar Kjartansson is providing a cure for that champagne-induced headache of yours, in the form of a fishing boat, an ethereal hybrid of Greek, Icelandic and Venetian design. Dubbed "S.S. Hangover," the part-sculpture, part-sound piece, part-performance, part-vehicle comes complete with a a sextet of brass-playing musicians.

“I really love music, I have always been in bands, but I think the constraints of the music industry are stifling,” Kjartansson explained regarding the piece. “I can do so much more with music by working with sound as a form of sculpture, using sound to take you on a journey."

One installation at Frieze New York will pay tribute to the Flux-Labyrinth, an immersive, maze-like environment originally conceived by George Maciunas in collaboration with other Fluxus artists between 1975 and 1976. The highly anticipated happening consists of a 200-foot-long, one-way labyrinth, full of physical and psychological artist-designed challenges sure to make your head spin and body wobble. Some portions are direct replicas of the '70s original, others are contemporary interpretations of the theme. Artists Amalia Pica, John Bock, and Gelatin are responsible for the new segments.

"Upside down forests, balloon pits, and pianos that control portals," ArtNews reported on the madness. "The maze is full of puzzles and physical challenges. Doorknobs are rarely what they seem... Tip-toeing on tilting catwalks and plunging bare feet into pools of beans, it was hard not to go through the whole delightful thing grinning. At least until the last rooms, designed by John Bock. A tangle of wires and medical tubes hung from the ceiling in the penultimate stretch. A small monitor embedded in the snarl showed a bearded man who seemed to be sleeping. Menacing, but manageable. Pushing past that, Bock served up one final challenge: squeezing through a tunnel lined by large, mostly naked hirsute men, a birth canal of bears."

"Art is meant to stretch you," Deborah Fisher said of the installation. "And there’s not a lot else in the fair that’s doing that." 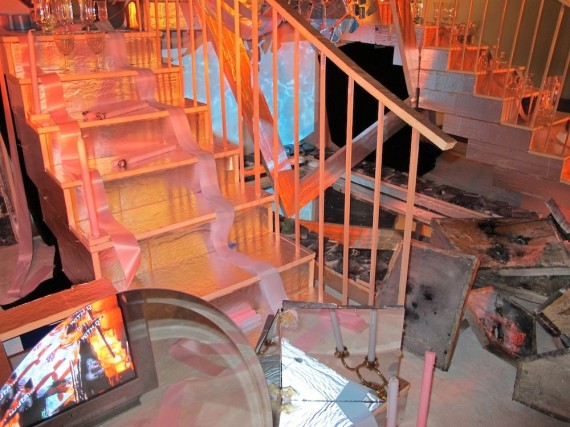 Los Angeles artist Samara Golden brings a sinister underbelly to Frieze New York, building a tripped-out infinity chamber beneath the fair tent. Golden's hall of mirrors, which ArtSlant aptly described as "M.C. Escher meets Miami Vice," features life-sized, hand-sewn, stuffed figures, a couch and chair made from fabrics ranging from bacon strips to flowers to snakes, with a dash of Christian worship stuff and Native American-style bead patterns. There are also skeletons painted in transparent phosphorescent paint, which the viewer can see in the form of a reflection.

"Originally I just wanted to show the other side of the fair," Golden told Phaidon, "or for my piece to be in opposition to the capitalist psychology of the fair. I’ve been thinking a lot about visualizing layers of consciousness in terms of space."

As part of Frieze Talks 2015, join your artsy girl crushes Jane Ellison, Grace Dunham, Reina Gossett, Karley Sciortino and Leilah Weinraub as they discuss (rather irreverently) the aesthetics of female attractiveness, with lots of air quotes in there.