Frieze Art Fair has once again pitched their tents in Regent's Park in London for the 2011 edition. The fair features over 170 galleries from around the world. A curatorial program, including Frieze Projects, Talks, Film, and the Emdash Award, complements the Galleries section. Frieze Projects features works by Bik Van der Pol, Pierre Huyghe, Oliver Laric, LuckyPDF, Peles Empire, Laure Prouvost, Cara Tolmie, and Christian Jankowski, who sells a Riva yacht at the fair.

All in all, this year's Frieze art fair is again quite entertaining. Many visitors have been fascinated by artist Michael Landy's machine that produces art and shreds credit cards. But Elmgreen & Dragset show quite drastically what happens if you shop too much - you end up in the morgue drawer with your Prada's, Blackberry, and perls. Do Ho Suh shows a multicolored sculpture made of tiny model figures; Olafur Eliasson lets a yellow Think Sphere shine on the art globetrotters; Pawel Althamer exhibits the billy goat costume with which he has travelled the world; FOS present two birds that cover newspapers with their excrements; and finally there are several shiny Anish Kapoor's and colorful Haegue Yang's. 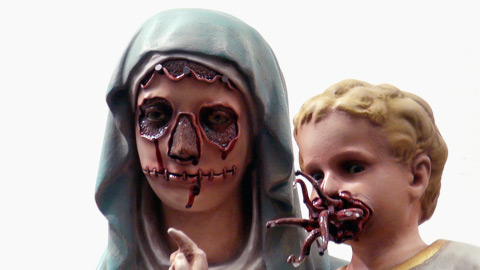 Jake and Dinos Chapman: The Milk of Human Weakness II 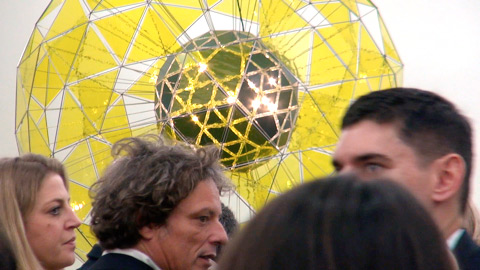 Frieze Art Fair 2011 runs through October 16, 2011. In May 2012 Frieze comes to New York for the first time. It will take place in a structure designed by SO-IL architects on Randall's Island, Manhattan. 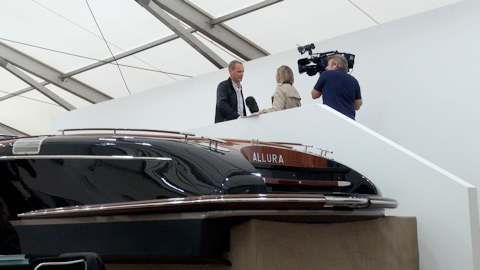