John Skipp is a New York Times bestselling author and editor, whose 25 books have sold millions of copies in a dozen languages worldwide. His first anthology, Book of the Dead, laid the foundation in 1989 for modern zombie literature. As a filmmaker, Skipp co-directed the award- winning short film Stay at Home Dad as well as a segment in the upcoming horror anthology film Tales of Halloween. His other credits include the novelization of Fright Night, the original script of A Nightmare on Elm Street 5: The Dream Child, two AVN Awards and two Bram Stoker Awards. He was the lead singer in Mumbo's Brain with Chris Poland of Megadeth. Presently, Skipp writes a column, Nightmare Royale, for Fangoria and is the founder and head editor of Fungasm Press, publishing fiction by authors such as Laura Lee Bahr and Violet LeVoit. From splatterpunk founding father to bizarro elder statesman, Skipp has influenced a generation of horror and counter-culture artists around the world. His new short with Andrew Kasch and Cody Goodfellow, Clowntown, is playing the festival circuit right now. And the giant encyclopedic anthologies Skipp edited for Black Dog & Leventhal (Zombies, Werewolves and Shapshifters, Demons, Psychos) have won numerous awards and have been taught in various schools around the country. The Art of Horrible People is his latest book out via Lazy Fascist Press. 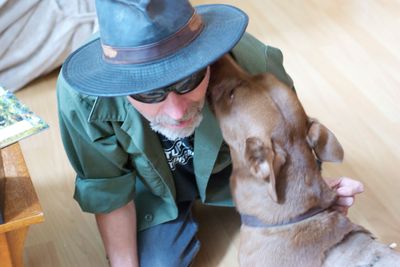 Loren Kleinman (LK): I'm a huge horror fan, and not to mention a Fright Night fan. Can you talk about what inspired you to write Fright Night? Did the movie meet your expectations?

John Skipp (JS): That was a novelization based on director Tom Holland's screenplay. Craig and I had just sold our first novel, The Light at the End, to Bantam; and while we were waiting for it to come out (Light hit the New York Times bestseller list in 1986, and sold a million copies), our new agent got us Fright Night, which we wrote in a month. And the movie's a million times better, because he cast and shot it so well. It really is a goofy party classic.

The sweetest thing is how life circles around on itself. Tom's one of the stars of Clowntown, which is premiering in front of the 30th anniversary screening of Fright Night at the 2nd Annual Bruce Campbell Horror Film Fest in Chicago next week. Is that nuts or what?

LK: Why horror? Why not poetry? Or painting? Why should we care about horror? And what can horror teach us?

JS: Flat-out: we are living in horror times. So smart, fearless, honest horror is uniquely suited to addressing the damage of this world gone mad. It's great for facing down our darkness, our demons, our insanity, our plight. It can function as psychic boot camp for the brave, catharsis for the wounded, a gnostic introduction to the nightmare for the innocent. It's an honorable tradition that I am proud to be a part of. Josh (Bird Box) Malerman's excellent intro to The Art of Horrible People really sums up my stance on the matter. 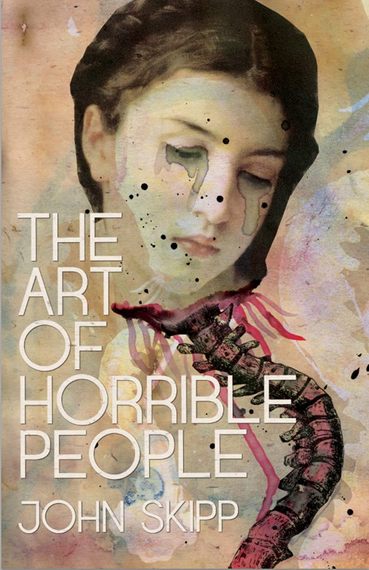 LK: Let's talk about your latest book The Art of Horrible People from Lazy Fascist Press. Is art the devil?

JS: (laughs) Only in the wrong hands! Otherwise, it's the best delivery system we have for expressing ideas of substance and soul. My favorite art-o-tainment is idiosyncratic -- which is to say, art that nobody else could have possibly made -- because the truth of their experience is a trillion times more valuable than any made-by-committee corporate Frankenstein's monster will ever be. I wanna know how people really see and feel this life. As Jon Stewart said in his parting salvo, sniffing out the bullshit and calling it by name is some of the most fun you can possibly have. The artists who do this are heroes to me. (I list about 1,300 of them, alphabetically, in Appendix A.) Telling hard truths about the human condition...is at the heart of every single word.

LK: You also wrote the screenplay for the 1989 film A Nightmare on Elm Street 5: The Dream Child. Can you talk about writing for a major movie? What did you learn from that experience?

JS: I learned that if I wanted to be involved in the film biz, I would have to become a director and producer, because being a screenwriter-for-hire in Hollywood is the worst fucking job I ever had. It's like The Human Centepide, only with less dignity. We wrote the first draft. Five writers and thirteen drafts later, they had the half-assed jumble of liposucked nonsense they released to the public, thereby killing a super-cool franchise. Can't say I'm proud of that.

I got to speak about the experience at length in the amazing documentary Never Sleep Again: The Elm St. Legacy. Which is where I met Andrew Kasch, who co-directed the doc, and with whom I am now co-directing the kinds of movies I always hoped to make. And that's the silver lining to an otherwise utterly crappy experience. God sure works in mysterious ways!

LK: What is your favorite Twilight Zone episode? And if you could have a drink with Rod Serling what would you two talk about?

JS: Ohhh, that's a toughie! It's such a beautiful show, with so many gems: "The Howling Man", "Time Enough at Last", "Eye of the Beholder", "Nightmare at 20,000 Feet", "An Occurrence at Owl Creek Bridge" and on and on. But I think the one that marked me hardest was "The Monsters Are Due on Maple St.," for its fierce peeling-back of our civilized veneer in the face of the frightening unknown. I actually adapted that as the school play in 9th grade. (I've been at this for a very long time.)

If Rod and I ever got to shoot the shit -- which I'm totally looking forward to doing in Heaven, by the way -- I'd just want to talk about life, and the function of social satire, which is what I love most. And just tell him how much I adore and revere him as an outstanding above-and-beyond-the-call human being.