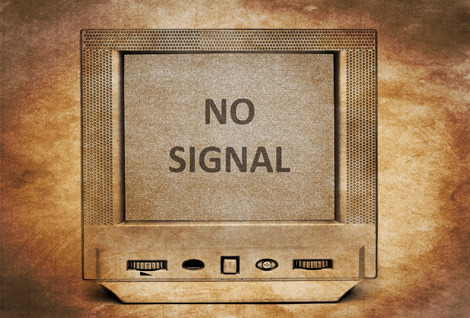 Forget about your great idea.

Sad fact: bad communication kills great ideas. So, in theory, you can have the greatest idea in the world. But if you can't communicate in a clear, concise, and compelling manner? You can forget about it.

Take steel. Dick Teresi tells us in Lost Discoveries a sad story of rediscovery. The Chinese knew how to make high quality steel well over two thousand years ago. But in the West, we lost the secret, until rediscovered by Sir Henry Bessemer in 1856.

The sad part? Two years earlier, inventor William Kelly brought four Chinese steel experts to Kentucky and figured out the secrets of steel. Think of it: priceless, ancient Chinese knowledge, finally brought to the West. But the invention still became lost, because he didn't patent it but only continued working on it. Didn't test the market, in entrepreneur-speak. And then filed for bankruptcy in 1857.

However, here comes the important point we can learn from: Bessemer announced his process before a group of iron experts, which forced him to learn how to explain what he had come up with. The difference? He died rich and famous, and the Bessemer name remains forever linked to that method of steelmaking. (Sorry, China.)

And how far did steel go? In 1901, Andrew Carnegie sold his Carnegie Steel Company for about $13.3B in modern dollars. Big time.

This story happens again and again in innovation. Two very similar, simultaneous innovations, but only one survives.

Charles Darwin is credited with the discovery of evolution by natural selection, but Alfred Russel Wallace came up with the same theory at roughly the same time.

See the pattern here? Ideas are brittle. Matters not how great, they die without effective transmission. Bad communication kills them all. Just as easily as bad execution. If you want them to survive, learn how to communicate them.

As an example, consider an entrepreneur named 'Bob' who wants to tell a potential customer named 'Alice' about his great idea for a movie discovery app. Two ways he can move forward:

"Hey Alice, check this out. I've got an idea for an app that makes it easier to find great new movies to watch. They get recommended to you by a trusted series of 'friends', who constantly rate and review every movie out there. There will be lots of features around that to make sure your interests match with those of your friends. I'm also working hard on another related project that *blah* *blah* *blah* ."

He goes on and on in endless detail, never checking in with Alice to see if he's lost her. No attempt to make the message palatable. All focused around his own head and forgetting his objective of clearly transmitting his idea to Alice.

If we had to jump in and warn Alice here, what would we say? Something like:

Warning: Noise content above 90%. May cause confusion, frustration and excessive loss of time. Avoid at all costs.

Obviously, Bob can do better.

"Hey Alice. Do you have trouble finding great new movies? Okay--I think I can help here. What if you could get automatic recommendations from people you know and trust? No need to ask for them, so you'd always have plenty to choose from. Would that help?"

Before Bob says a single word, he figures out the most essential part he wants to communicate. Then he packages it with just enough detail. Constantly checking in with Alice and imagining what's going on in her mind. Result? Alice gets the idea and offers immediate feedback.

Don't add to all the white noise out there. Make your ideas communicable. In theory, it can make a billion-dollar difference.

Hi, I'm Harry. Keen to build technology to help you discover ideas that work--to save you time and tears. Let's connect.