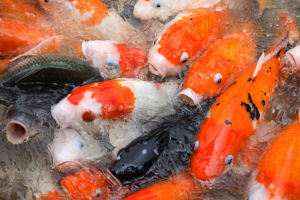 It's all been invented. That is before.

"I can't possibly come up with anything new that millions can't live without."

And yet, the history of the United States and increasingly the world is that it just isn't so.

Back in 1997, when Google was hatched and still largely unknown -- hard to remember such a time -- it was the 21st search engine. This is not counting the first ones named after characters in the Archie cartoons: Archie, Veronica and Jughead. Who thought the world needed another search engine? But apparently it did.

Foster Freeze was the hamburger and milk shake joint that we craved as kids. And yet few are still around, long surpassed by thousands of Subways and Paneras. Each spot is for buying lunch, but the latter two produced a big innovation on the drive-up shake place. And they were able to become much more profitable as a result.

That is not to mean that we can just do it a little better.

We have to do it a lot better.

But not necessarily for everyone. McDonald's was never for everyone and Whole Foods made a pile of money one-upping the local natural foods store. Not as good in some ways, a ton better in other ways. This served to attract a much bigger customer base and become the most profitable grocery store chain. We need to find big groups that aren't being served well by today's market leaders.

As we think about a new idea we shouldn't dismiss existing markets. Often the biggest opportunities are right in front of our face -- whether it is developing a new retail concept or bringing clean water each day to the 2 billion that don't have it.

We gotta figure out what's missing just like Starbuck's did in the coffee shop business or those using oral rehydration methods used to save 1/3 of the kids under five from life threatening diarrhea.

How do we do that? My friend, Steve Blank has a great Customer Discovery Method that you can use. Whether you are using it to start a business, commercialize research, improve your existing products or improve democracy it's applicable. It helps us find out what the current solution lacks and where the masses might be that just HAVE TO HAVE our product or idea. Or not.

I also have to remind myself that we are never going to get everything right at first. Google didn't. They didn't even have a profitable business model at first. They had an awesome search algorithm that delivered faster, better results for people but they were searching themselves for a way to make money. When they saw Overture pioneer the idea of selling advertising tied to search results Google quickly adopted it. With the volume of their search traffic this business model made their cash register go crazy. Billions of dollars of history resulted.

We should stop thinking about doing the same old thing a little better and start talking to people about what's missing, what's not working. Potential customers won't always know or be able to articulate it, but if we listen hard we can discover the real problem they are currently trying to solve.

Now back to that search engine. It's probably time for a new one, and I don't mean Bing or Baidu. I don't know what it is. But I do know it will likely only tip its hat to today's market leaders but not feel or look like what we call a search engine today. In taking a giant leap forward it will probably be a sharp turn in a new direction or a completely different method of finding what we are looking for. Search is just a method of solving a problem. Let's think up new ways of doing common stuff.

Our Simple Truth: Innovating the everyday stuff around us is needed. And no one we ever heard of before probably will do it. Be that person.