"Ask me how I'm doin? I'm doin alright. I will remain alright. Cause this is up to ME," said Brittany Howard of the Alabama Shakes, whose soulful set was quite alright with a huge audience as she closed out the New Orleans Jazz & Heritage Festival Friday night.

Across the track was Christina Aguilera, who made a patron in line at my bank sad because he was going to have to miss "that Mexican singer. She's really good." She's half Ecuadorian to be exact, and plenty of her fans turned out with pop star signage. Aguilera brought a little extra girl power, she's pregnant with a daughter on the way. And the divine Chaka Khan played the last Friday set at Congo Square so all three stages were headlined by female vocalists -- clearly the Jazz Fest theme of the day.

Alynda Lee Segarra fronts Hurray for the Riff Raff, and she's part of Generation Hitch a Ride to New Orleans -- busker transplants who put their own spin on odes to the city that has inspired generations before them. Riff Raff is far past busking these days. Segarra sang her Ode to John and Yoko, "For all you lovebirds." Then she sang Crash on the Highway, an ode to New Orleans written while touring Germany, where she was "missing BJ's Bar on Monday night."

Theresa Andersson, Mia Borders, DJ Soul Sister -- the day was a wealth of talented female performers and the ones who had the audience most in the palm of their hands were New Orleans Classic R&B Divas. Wanda Rouzan, The Dixie Cups and Jean Knight performed a string of hits, many arranged by the late great Wardell Quezergue. These women know from working a crowd, and had everyone shimmying to Ooo Poo Pah Doo with its refrain: "And I won't stop trying til I create a disturbance in your mind." 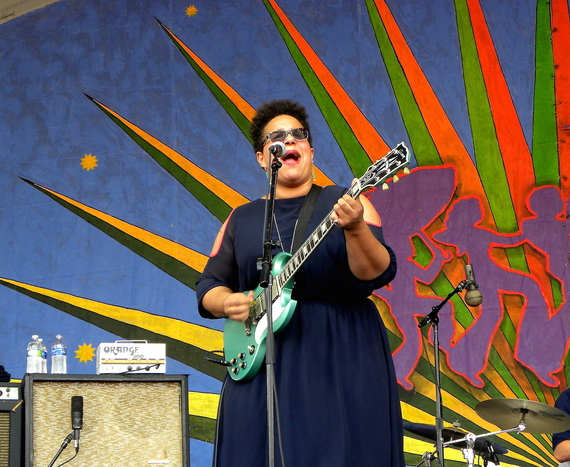 Brittany Howard of the Alabama Shakes 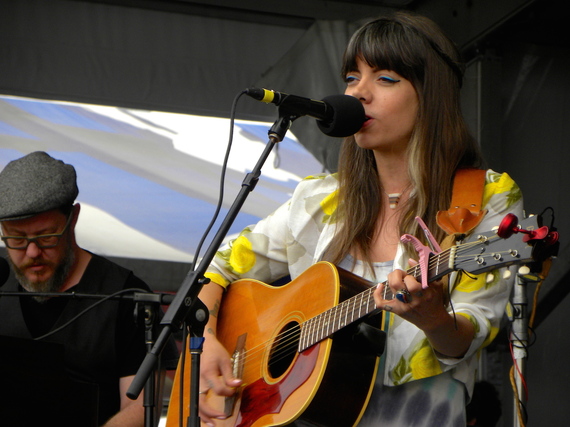 Alynda Lee Segarra of Hurray for the Riff Raff 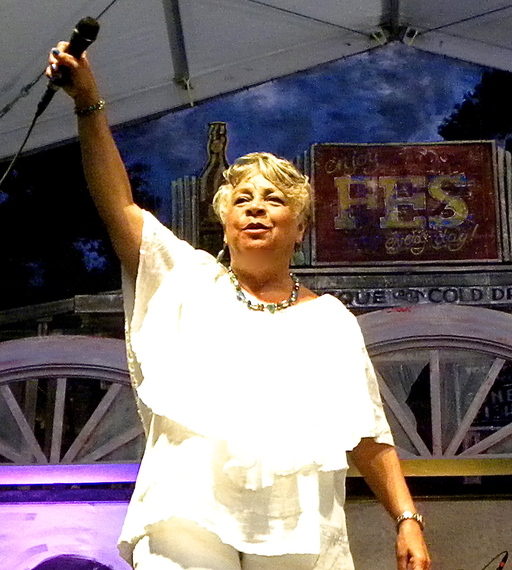