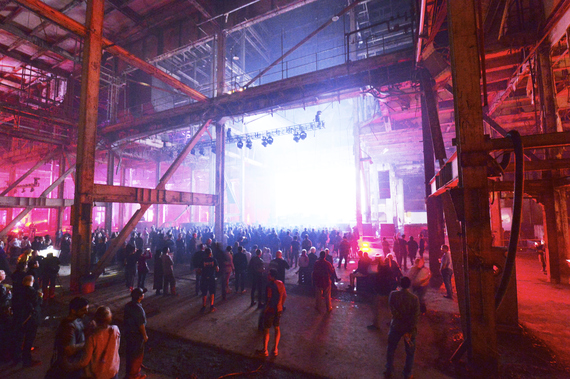 Arts and culture aren't just features of great cities--amenities that make them nice places to visit. They are city builders, author and urbanist, Richard Florida has long argued. They are powerful drivers that move cities forward economically and globally. Nobody knows this like Jörn Weisbrodt, the artistic director of Toronto's Luminato Festival. "A city is only as great as the encounters and the energy it can create," he has written, and "the arts have always been the kindling to the great fire of our human spirit."

Surrounded by supportive leadership, such as Co-Founder and Chair of the Luminato Festival Tony Gagliano, whose original vision for this summer festival to be an "Olympics of the arts," Weisbrodt's creative vision was to transform an old power plant into the arts and cultural venue of the 21st century. He hired Alex Josephson, cofounder and one of the design principals at PARTISANS, the Toronto-based design and architecture studio to transform the decommissioned Hearn Generating Station into a cultural hub for the 10th Luminato Festival. Big enough to fit the Statue of Liberty in it, its smokestack is as iconic as the CN Tower. Luminato 2016 not only turned the Hearn back on--it showed how arts and creativity can "turn the lights back on" in cities everywhere.

As this innovative cultural pioneer prepares for the next phase of his career (Weisbrodt is stepping down and leaving Toronto), Richard and I were delighted to have this opportunity to talk with him about place-making, city- and community-building, and what's next.