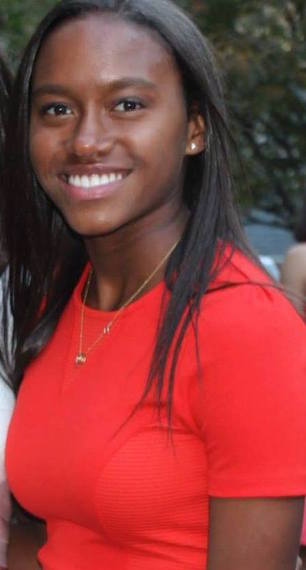 By Isabel Dibble
I felt like an outcast. But my journal became my refuge.
My journal explored the challenges of moving from Chicago to Potomac in sixth grade-- from a school filled with friends and a diversity of outfits to a place where "normal" wardrobes consisted of skinny jeans and Ugg boots in the winter and really short shorts and tank tops in the summer. I wrote about being a tomboy and being bullied. I remember two awful boys who stole my orange Chicago Bears' hat off my head during recess. I chased them, while they laughed and tossed my hat back and forth. Finally bored, they dropped my hat on the ground and left.

I must thank the movie, The Adventures of Sharkboy and Lava Girl, for the birth of my journal. I was 10 and shy like the main character, Max. He made his dreams come true through "Sharkboy and Lava Girl." He invented them in his journal and joined their adventure to save the planet he created. Inspired by Max, I started writing in my little black book resembling his diary.

I told stories in my journal that preserved my memories. I wrote about Chicago's skyscrapers and chocolate croissants from Medici. My writing also included experiences with family friends from Chicago that I felt the need to document. One day in eighth grade, I was hanging out with Malia and Sasha at the White House. President Obama entered the room to say goodnight, wearing a suit with a red tie. Malia asked him why he was so dressed up so late. "I need to do a work thing," he responded. Of course, we didn't have any idea that he was minutes away from announcing that Osama Bin Laden was captured and killed. Realizing the magnitude of what I just experienced, my eyes were immediately opened to world events. In my journal, I described how I felt inspired to be someone who delivers stories and information with the same kind of magnitude.

Little did I know, my days of journal writing prepared me for journalism. My love of writing led me to join the newspaper staff in Tenth grade. At first, I wrote "light-hearted" stories such as movie reviews. But by junior year, my comfort level and desire to find more interesting stories grew. I enjoyed digging into mechanical problems at my school such as a broken heating system, which is still broken in my opinion.

I began tackling more controversial issues that interested me. I remember holding my pen and reporter's pad waiting for Mr. Brown, the head of the science department, to show up. I was on a mission. When he finally appeared, I asked about the excessive numbers of students seeking exemptions from exams.

"I've heard students brag about it," I shared with him.
Whitman and other high schools have an average of 12 exemptions each year compared to Churchill's 96 students exempted in one year. Why are so many Churchill students exempted? Did he care to comment?

Brown's irritation showed in his curt responses. I was not deterred. After rolling his eyes, he refused to go on record. I then located the principal for an interview.
After my article appeared, the school decided to abolish exam exemptions. My article played a part in this new change.

Those days of bullying are long gone and I now stand up for both myself and truth as a reporter. With the new, world-changing experiences I've had and writing for my school's newspaper, I've shifted my focus to a broader scope of issues that I hope to tackle as an enthusiastic, aspiring journalist. My journal was my first step into writing and my first step into journalism-- though definitely not my last.

Isabel Dibble, a graduate of Winston Churchill High School, will be a freshman at Stanford University in the Fall.