On July 20th, 1969, Buzz Aldrin and Neil Armstrong took the most expensive selfie in history. As the apex of an 8-year, $130 billion effort they posed in front of a camera and took a shot designed to do one thing -- to show our free enterprise democratic system was better than the rigid, authoritarian system that wanted to destroy us.

Meanwhile, here on Earth we convulsed in racial and political turmoil. Our streets were filled with anger, hatred and violence, and the very institutions of our government faltered. And yet, always moving forward and rising above it all, our quest to put humans in space punctuated the news like a shooting star in the darkness, offering a constant glimmer of hope in the night of Vietnam and the storm of Watergate.

Today we are there again. Now as then, America faces threats both internal and external. Today we are fighting another rigid, authoritarian system that wants to destroy us and sees the very existence of our liberal democratic technological society as an anathema. Internally our political system is a mess, and trust in our system of government at new lows. We are threatened by long unresolved issues between the melting pot of cultures that make up our nation. People are isolated, everyday less united, and every day falling deeper into a new level of cultural despair.

At the same time our environment is teetering on the edge of a dangerous slide into global disaster, fed by ignorance and lack of appreciation that there are no walls in the sky or oceans, and one country's pollution is necessarily the responsibility of all.

It is time to raise our eyes again. It is time to come together and do something important, if not magnificent. It is time to set a unifying goal that calls out the very best in us and our friends around the world, a goal that is hard to achieve and yet when achieved catapults us to a new level of knowledge and prosperity, time to turn the machines and minds of war outwards and upwards. It is time to begin the opening of the High Frontier. Space.

Timing is everything. And now is the time. After the sad and pathetically low moments in American and world history we have witnessed this year, whichever new leader arises has the chance to lift the nation up to a new level by declaring the frontier open and clearing the way for we the people to exercise our right stuff and our space rights, and to step out and up to the greatest challenge in human history.

This revolution has already started, with wealthy citizens building their own space programs and entrepreneurs building spacecraft on relatively tiny budgets. This new space generation stands on the shoulders of the giants who got us out there the first time and is applying their technology in new ways to create low cost, easy access to space, allowing us to use space resources, and to make it pay. All of them, to a person, share the dream of opening space to human settlement. If a new leader were to bring these citizen pioneers together with the explorers of our government space program, we could launch this nation, and indeed the world, out into the solar system within a decade.

This time it must be about people, not governments. Rather than a centrally controlled quasi-military government race to space by two superpowers, we must enable the people themselves to go where they want to go, to do there what they want. If governments decide to return to the Moon -- as seems to be the case -- it must be to build villages, not bases, and to do it as rapidly as possible, as it needs to be an immediate challenge, not a distant dream. And if some want to go to Mars or mine asteroids, they need to be seen as part of a new frontier community. Thus, with both public and private players doing what they do best where they want to do it, we can make it happen far faster than many might believe.

After all, wherever we go between here and Mars, the challenge this time is not as daunting as going from the Earth to the Moon was in 1961, when we went from knowing almost nothing about space to walking on the Moon in eight years. Since then we have 50 years of experience operating in space. And while we foundered for many years in the waters just off shore in Earth orbit, we've learned a lot, developed a vast tool kit and honed our ability to get there, keep people alive and get them back. Opening the new worlds of space is not a technological challenge, so much as it is psychological. It is a matter of decision. 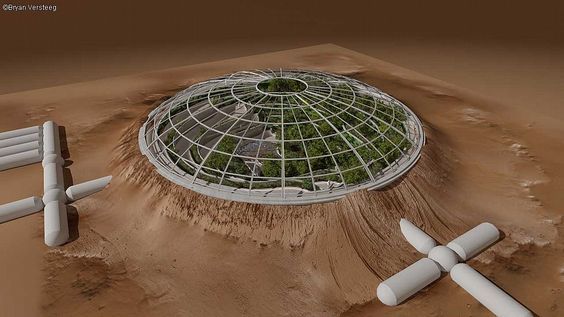 The Frontier offers us new ways of living, new ways to save our world and new ways to work together. It is an anathema to the ideologies of ignorance and hate espoused by those who attack us, as it literally rises above such wars. Even as we roll up our sleeves to defeat those who would push us back into the dark ages we can be creating the age of light. We can look at our children and tell them they need not be afraid. Instead we can share with them a new dream of people working together to achieve something incredible.

It was Apollo 8 that first showed us the tiny blue marble of Earth floating in the void of space, one of the great psychological shifts in human history. From out there we can both appreciate and begin to solve the problems of our world in ways unavailable to us otherwise. From all we know by those who have gone so far, the very act of being up there, helps shift your relationship to life down here. And the more minds who have access, who move out there, the more transformation they will enable.

As it eventually became the first time, space will not only be a bridge to the future, but a bridge between people, ideologies and cultures. Ironically, while the human space program started as a tool of a technology and propaganda war, even as cold and hot wars between governments raged below, hands have reached through airlocks in warm embrace, and opponents have literally been able to rise above their differences. We led the way once, we can do it again. Ours is a frontier nation and heritage. It is this psychology that made us who we are, and while we may have lost our way as a nation, we can get back on track -- with the right leadership. 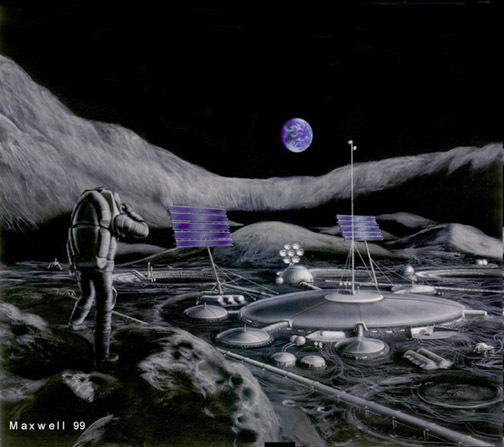