Let me tell you about the meeting of two great men.

It was the mid 1950s. A coal mine collapsed in the mountains of West Virginia. Larry Gibson was a young boy. His family had been living in the mountains of Appalachia since the 1700s. Larry's father was a strong man, a coal miner, who could load 50 tons of coal a day on his side. Now, he was out of work with a shattered leg. The coal company refused to pay any benefits. The family could not pay their bills. Their house was seized. They sold their furniture. The family was forced to live for months under a willow tree. Larry saw his father crying, and wondered why the world would make such a strong man cry?

It was 1964. A giant "metal bird" was making a terrible noise above the forest canopy in the Ecuadorian Amazon. Emergildo Criollo was six years old. His people, the Cofan tribe, had been living off the abundance of the rivers and forest of the Amazon for thousands of years. They had never seen a helicopter before. Emergildo had never seen a white man. He was terrified. He ran deep into the forest to hide. The Texaco helicopter landed. The oil workers began clearing the forest and detonating explosives in search of oil. Emergildo saw the machinery, and wondered what would possess men to destroy the Earth?

Coal and oil. A half century has passed.

In that time, Larry has witnessed The Appalachians, the most ancient and biodiverse mountain range in North America, being plundered and obliterated by the coal industry. The forests bulldozed and burned. Holes bored and loaded with explosives. Mountains leveled. 2000 miles of rivers and streams buried with rubble and polluted with coal sludge. Hundreds of unlined open pits filled with toxic waste scattered across once pristine ranges. Lungs blackened. Coal miners killed in collapsed mines. Thousands of premature and avoidable deaths. 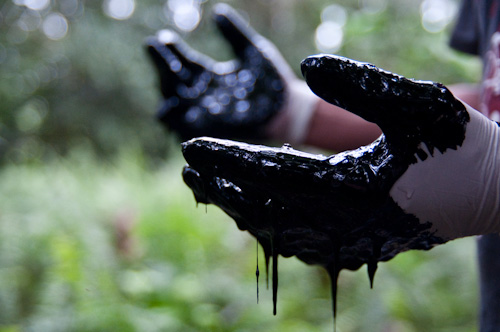 And Emergildo has witnessed the same kind of destruction of his Amazonian homeland. From 1964 to 1990, Texaco (now Chevron) turned the pristine rainforest of northeastern Ecuador into an energy sacrifice zone. Hundreds of unlined open waste pits filled with crude oil, poisonous drilling muds, industrial solvents, acids, and heavy metals, are littered across the ancestral territory of the Cofan people, leaching into the rivers and streams. Over the course of Texaco's operations in Ecuador, the company deliberately dumped more than 18 billion gallons of toxic waste water directly into the waterways, and spilled an estimated 17 million gallons of crude oil into the ecosystem. And now the communities which once thrived off of the pristine rainforest are suffering a public health crisis, including a wave of cancer and birth defects. Their hunting grounds have disappeared. Their traditional medicines are no match for oil contamination.

Why would the world make a such a strong man cry? And what would possess men to destroy the Earth? 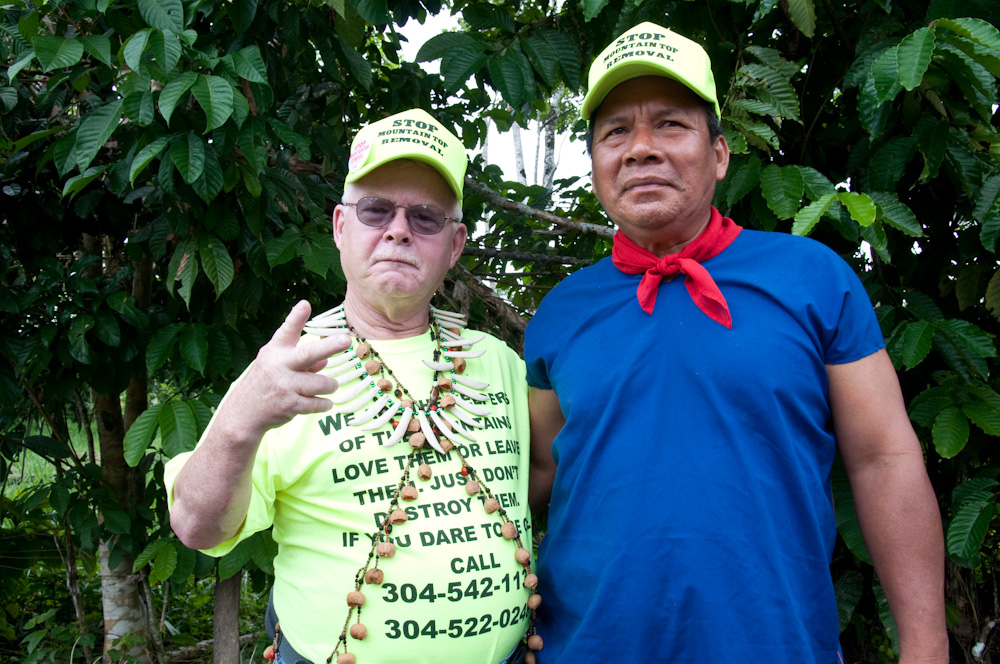 Last week, Larry Gibson, who has dedicated his life to fighting the coal industry and preserving Appalachia, left the United States for the first time and traveled to the Ecuadorian Amazon to witness the impacts of oil contamination firsthand and meet with community leaders, who have been fighting for decades to force Texaco -- now Chevron -- to clean up their Amazon disaster.

I had the chance to witness the meeting of two great men. It was dusk in the community of Cofan-Dureno. Larry sat on a stump in the middle of the traditional community center of the Cofan. Emergildo spoke:

Larry took a deep breath. He closed his eyes. I heard him say softly, "And for what? Love of money. Profit!" His eyes filled with water, and a tear ran down his wise face.