Several months back, I was ordering a cappuccino at SFMOMA's new rooftop sculpture garden, and I noticed a dessert offering that uncannily resembled a Piet Mondrian painting. Another looked a lot like a Wayne Thiebaud cake. Looking closer, I saw that all of the desserts had ties to artwork.

"These are beautiful, and look delicious," I thought. "I've never seen anything like this."
And I was right; these unique sweets are the creation of resident pastry chef Caitlin Williams Freeman and can only be found in this singular location. And though the idea of making art-inspired treats came to Caitlin in a flash, the full-circle journey to this took a decade.
I sat down with Caitlin at the rooftop garden on a recent sunny day to discuss how she went from being a photography student at UC Santa Cruz and pastry shop counter girl to developing her own baking and pastry niche. 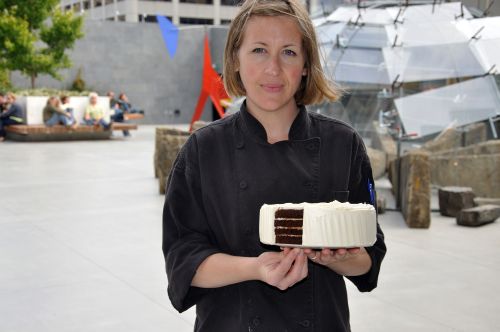 Chérie Turner: Can you tell me about your art background?

Caitlin Williams Freeman: I was at school in Santa Cruz in the photography program, and we would come up here [to San Francisco] a lot to see various gallery shows. And we would always come to the museum. That's when I first saw Wayne Thiebaud's painting [Display Cakes], and I was captivated. I didn't know what I wanted to do with it. I just really, really loved that one particular painting. 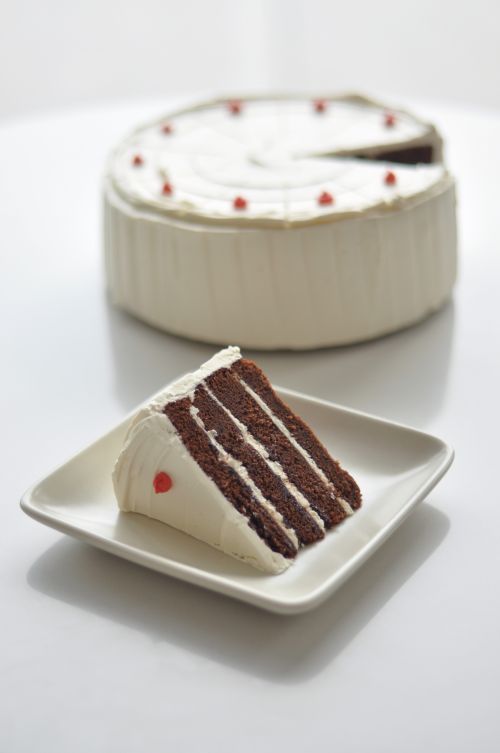 CT: And how'd you get started with baking?

CWF: In college, I worked at this pastry shop. I was just a counter girl, but I was so obsessed with pastries.
Years later, I ended up meeting the woman [Megan Ray] who became my business partner. She had just gotten laid off at a dot com and had never worked at a bakery. But she decided she wanted a cake shop, and so, the two of us were enthusiastic enough that we would just work all hours. We would do farmer's markets. Then we were offered a space in the ferry building. That was October 2003.
Working at Miette [the cake shop] is how I met James [Freeman, owner of Blue Bottle Coffee]. He was my next-door neighbor at the Berkeley farmer's market. It's a long story--then in 2008, I sold my part of Miette; it was actually the same day James and I got married.
I took a few months off after that and made pastries for James, for Blue Bottle. I figured I'd do that for a while, and then I'd go do my own thing--open a pie shop or something. Shortly after that, the museum [SFMOMA] asked James to open a coffee shop here [at the rooftop garden].
I thought it was really cool, but I hadn't really thought about any connections--but we were up here and suddenly I was like, this is the reason I'm a baker! Because I was obsessed with this painting in this building. We were in this meeting, and I grabbed James and said, "Can I make Thiebaud cakes here?" He said, "Sure!"
So that was the plan: I was going to make Thiebaud cakes in the place where I became inspired to become a baker. It felt so perfect. It had taken me ten years to get here, but it couldn't have happened better if I had planned it.

CT: But you did more than just Thiebaud cakes.

CWF: Yes. To figure out what else I was going to make, I went and soaked in every piece of art that was on display and tried to figure out what to do. And it's fun because, with the exception of the Thiebaud cake, which we always have on the menu whether or not the painting is hanging, we really keep the desserts limited to reflecting what's actually on display in the museum. So when a new show comes up, we make a new dessert based on what will be showing. 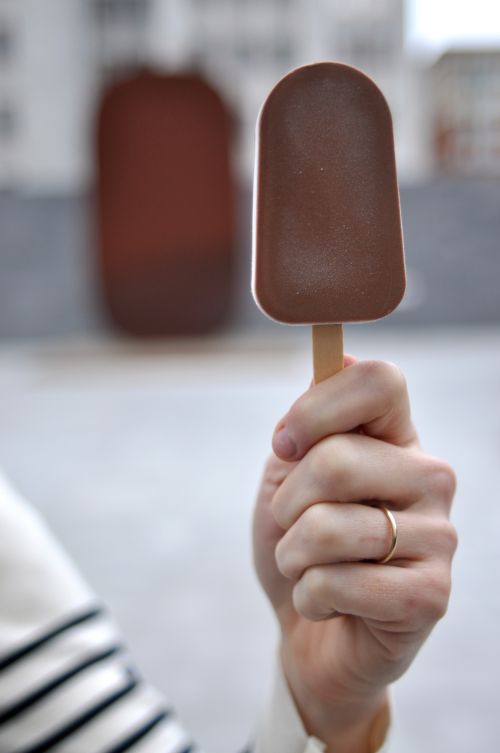 Can you talk about the process of coming up with new desserts?

CWF: It's generally something I'm really inspired by. But you also have to be in tune with what are the popping pieces, the pieces you just can't miss.
We have this Agnes Martin piece right now that we're working on, but I really wonder, "Is anyone going to get this?" It's such a subtle piece, and it's such a subtle product that we made, and I think it's just perfect and delicious. But I have no idea if people are going to connect to it. In that case, then, we try to come up with something that is interesting in another way. We have both the artistic angle and the food angle, so if we have something that's a little more abstract, we can try to make it a more beguiling flavor combo.
I've been inspired in many different ways. Like the Mondrian cake. I distinctly remember going past the Mondrian painting, and I kept thinking, "What can I even do with that?" I knew I had to do something, but I didn't know what. 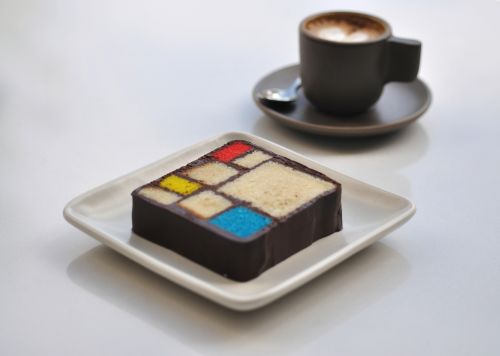 Then I happened to be looking through this old cookbook of Victorian cakes. There's this old cake called the Battenberg cake; it's an old British cake. When you cut it, it's a checkerboard. And I was like, "There it is!" So that ended up happening by finding a cake that was an inspiration and seeing the structure and figuring out how to turn it into art.
We've also been really liking these do-it-yourself art/dessert pieces, like the Richard Serra piece. We're just about to do Alexander Calder build-your-own mobile cookies. 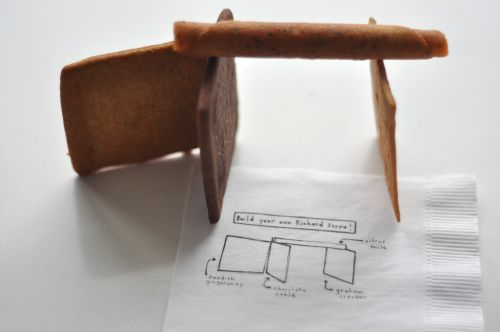 Have any of the artists come up here to eat their dessert? 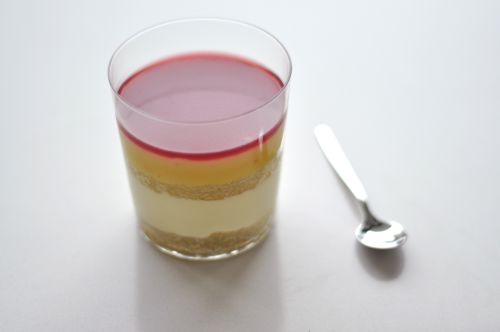 So, what is your overall general approach to developing these desserts?

CWF: We keep two worlds in mind [art and food] and see where they can cross over. Some are really obvious, like the Thiebaud and [Richard] Diebenkorn, and those we feel like we have to have because people can connect with them really easily. But I don't ever want to recreate a piece of art. It's our interpretation of it. 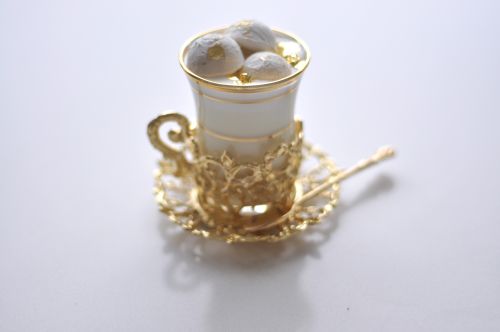