DES MOINES, Iowa -- Not everyone has had the chance to serve Hillary Clinton a Blue Moon - but Sherry Waner has.

From the outside, the Des Lux Hotel bar doesn't look like much. No brightly-lit signs hang in the windows to draw in customers. Its location outside Iowa capital city's East Village separates it from the majority of this city's hangout spots. Seen through the windows, the bar's interior is dimly lit and inconspicuous.

Usually, the bar is like any other of its kind in any other city: It draws a large crowd of politicians, businessmen and salespeople of all ages - as well as the diverse array of travelers who stay in the hotel itself.

"My bar is kind of like the Cheers of Des Moines," said Waner, the bar manager of 12 years and an Iowa native. "I introduce people to each other, because eventually they'll all come back and run into the same people."

But once every four years, Iowa becomes inundated with politicians and political tourists. As local shirt company RAYGUN LLC branded it, "Iowa: For some reason you have to come here to be President."

And the people who come to Iowa wanting to be President, as well as those participating in or observing campaigns, go to Des Lux bar. 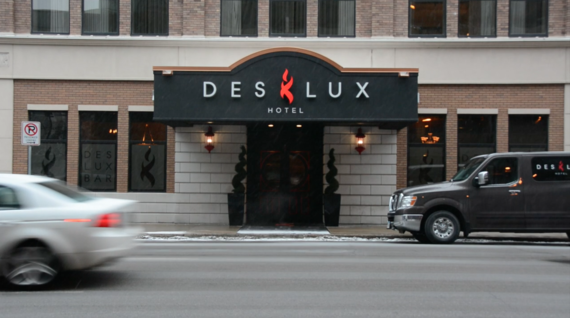 "Mitt Romney's been in here before," Waner said. "Rudy Giuliani, George Foreman and Zig Ziglar were all here at the same time. And Hillary Clinton was here for the Democratic debate."

The 2016 elections will be Waner's third election cycle at Des Lux. The bar, said Waner, is a perfect place for notable people to relax and drink without being seen by the general public.

"We're more low key, quiet, darker... some people don't like to be seen all the time," Waner said. "It's just comfortable."

Ryan Ellsworth, a Des Lux bar regular and Des Moines resident of five years, said that although Des Lux bar was always busy, it was especially busy during election years.

But it wasn't just the atmosphere of the bar itself that drew in Presidential candidates and regulars.

"I've [been in this bar] one other time," said Minnesota-resident Mike Olson, who was in town on business, and said he would return to the spot. "Sherry was the bartender last time I was here. She plays the best music on the planet and makes a great drink. She's awesome." 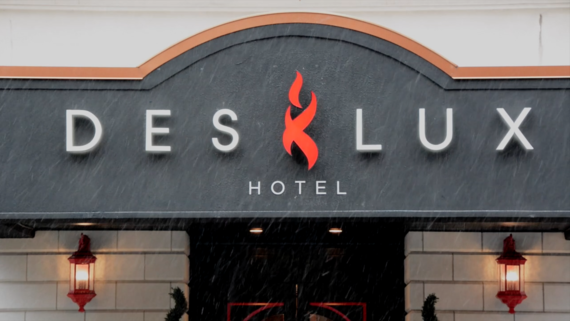 Olson was visiting the Des Lux bar one week before the 2016 Presidential caucuses - during the time CBS had booked the entire hotel. He said Sherry treated her customers equally, despite their fame or notability.

To Waner, election years were one of the most exciting aspects of her job. While she was disappointed she always worked during caucus night, she appreciated the unique view of the political world she got through her customers.

"I get anywhere from the TV camera guys, to the lobbyists, and some governors," she said. "Ann Selzer [the legendary Iowan pollster] is a regular and a friend of mine. This is politics in a bar times 100, there's always some type of political conversation that comes up." 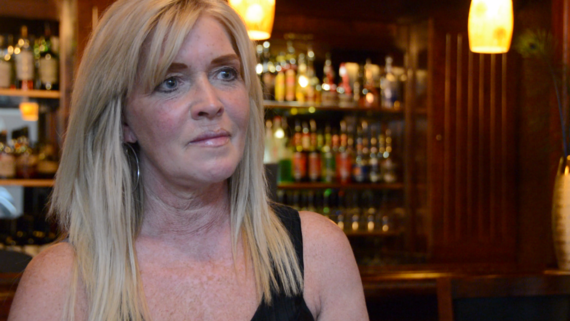 But to Waner, Hillary Clinton was the most exciting of the customers she had seen pass through Des Lux bar.

"Hillary Clinton's probably the most notable that I've ever met," she said. "She was just here for the Democratic debate, it was pretty surreal. She was very sweet to all the customers, and to everyone that came in here."