When I told people that I was going to Belgium, they looked at me like I had gone completely insane. "Are you crazy?," they asked. "It's not safe," they replied. "Aren't you scared?," they questioned. In the wake of a horrific terror attack on Belgium's capital city, people were scared. Fear was palpable. You could feel it chilling you to your bones in the crisp spring air. Part of me wanted to lock my doors and curl up closely with my family under a blanket. Maybe there, they wouldn't find us. If we were together in the safety of our home, nothing could ever happen to us. And then I realized, that's what they want. This is just the tip of what terror is supposed to summon in us. Why should I hide in fear? Why should we let them win? So many lives have already been taken away. Do you want yours to be taken away by fear? 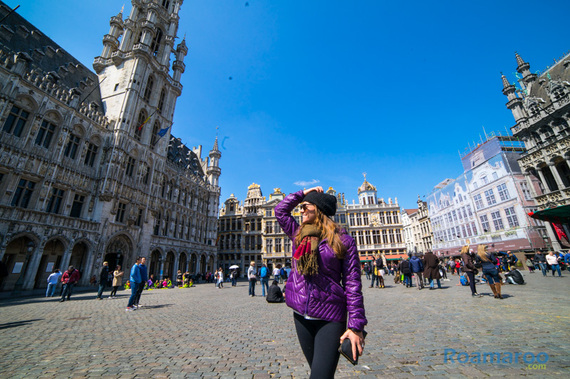 Terrorist events evokes a deep fear in all of us, but it is in these moments of atrocity that we must push through and join together. Travel fosters unity amongst all persons, regardless of age, gender, race, or religion. Travel furthers my belief that love will always win. That's why I booked my flight to Brussels. I booked my trip to be with the people of Belgium, to learn about the customs and culture. I booked my trip to learn. I booked my trip to travel.

As I landed in Brussels, I received a text message from my family. They asked, "aren't you going to address the elephant in the room? What is going on with security?" Well...nothing was going on. The sun was shining, lovers walked hand-in-hand, and friends drank Delirium on the cobblestone streets. It was a beautiful Sunday afternoon. All was well and good in Brussels. However, as I walked around this beautiful country, sadness washed over me. It was just months ago that this city was ravaged by terror. My heart goes out to all of those affected by the attacks. What also had an effect on me was the enduring fear this attack had on the world. While I strolled the historic streets of Brussels, I was experiencing Brussels beauty and culture firsthand, but many parts of the United States think of Brussels and only see terror. Instead of thinking of the guild houses of the gorgeous Grand Place in Brussels, people feel distress. And it's not just Brussels. Instead of imagining the beautiful Hagia Sophia in Istanbul, people feel fear. Instead of visualizing the Eiffel Tour in Paris, people feel scared. In the wake of the attacks, so many of us are too afraid to travel to Europe. When Americans think of Europe, they can only think of the attacks. All we see on the news is terror. But what else comes to mind? 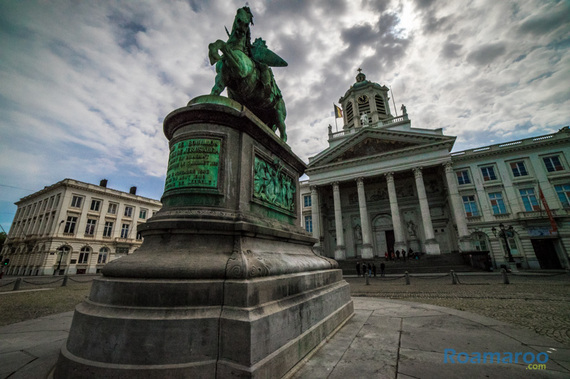 We can learn a great deal from the city of Brussels. As the capital center of the European Union, I can't help but notice that this city exudes acceptance. Brussels is a melting pot of cultures, races, and religions. I walked down the Avenue de Stalingrad and heard dozens of languages conversing with one another. I walked through the Congolese quarter and Chinatown in Sainte Catherine; my senses were swept away in delicious fragrances from food around the world. Walking through Brussels is a true 'tour du monde.' Belgium has accepted so many expatriates into its arms and flourished because of it. Keep accepting, Belgium. Don't stop now. You've built a beautiful multi-cultural, tolerant community. 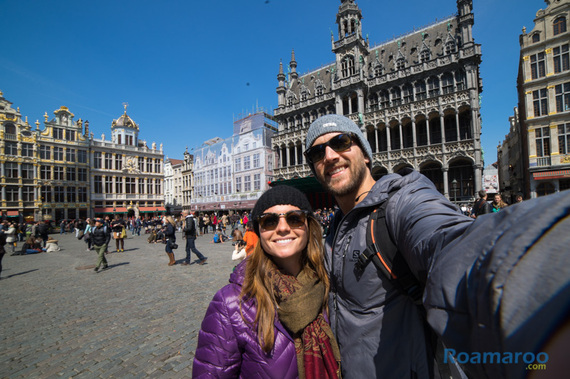 Terrorist attacks are supposed to conjure panic and keep you from connecting with other societies. While the terrorist attacks across Europe, Africa, and Asia in the past few months have not been directly on the travel industry, they have affected it gravely. We travel to connect with the world, to understand different cultures and beliefs, to build tolerance and open our minds to other ways of living. Travel teaches us that just because a culture or religion practices different behaviors, it doesn't make them wrong or bad. When the terrorists attacked Brussels airport, they tried to close borders. When the terrorists attacked Beirut, they tried to sever relations. But while trying to terminate global relations, they actually opened hearts.

Travel knows not race, not religion, not beliefs. Travel connects strangers across the world by uniting their thirst for curiosity, for education, and for belonging. While these terroristic groups aim to sever ties between countries and seek to cut off global acceptance, it's our duty to stand together in unity and in love.

My husband and I booked a trip to Istanbul last August. The week prior to our flight, there were two shootings at the U.S. Embassy. Family and friends urged us not to go. They said, "we saw the news." "It's dangerous," they alleged. While many places around the world have been war torn, I know that cities and people are never as bad as the news portrays them to be. I talked to a neighbor who had a daughter in college in Istanbul. This mother remarked, "it's a safe city! I wouldn't let my daughter there if it wasn't." Prior to visiting, my husband and I made sure to sign up to the Smart Traveler Enrollment Program or STEP (a U.S. safety program) and let our families know exactly where we were going. We didn't cancel our flights. We traveled. 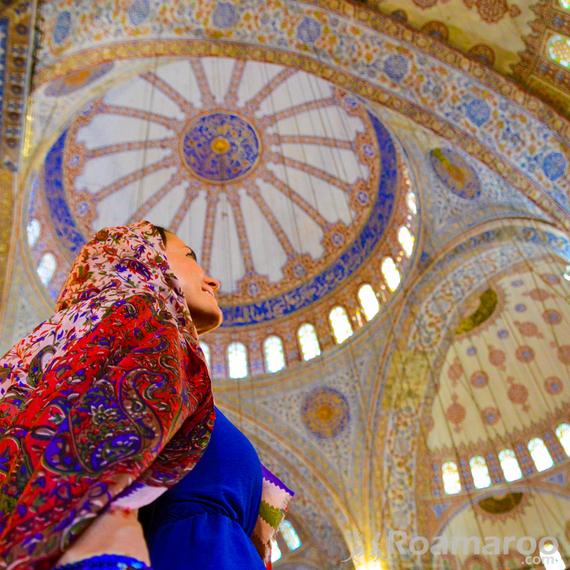 If you give in to terror and you stay "safe" home in fear of what could be, you are letting the terrorists win. You are giving the terrorists what they want. We are afraid of leaving home and going to culturally significant cities like Paris, Brussels, Beirut, and Istanbul because they're "dangerous." However, terror can strike anywhere, unfortunately as seen in L.A. suburb, San Bernadino. Would you rather live in fear or live freely? We are not just citizens of our own towns and cities. We are citizens of the world.

My wish is that these terrorist attacks do not close your eyes and hearts to the world. We must travel to support the countries and people of the world. We will not forget about you. We will not abandon you. We will stand together with you on our your land, hand in hand. Our weapons of love and unity will always triumph.

Travel is one of the greatest gifts to the world - for education, for expansion, and most importantly, for love. Let's keep it that way.

Key Safe Tips for Travel:
1.Send your family/friends a copy of your itinerary. List phone numbers and addresses of locations you are staying.
2.Register for the STEP program. This will alert the nearest embassy of your whereabouts. The local embassy will be able to contact you incase of an emergency.
3.Educate yourself about the area before traveling. Watch the news but scrutinize the information.
4.Be vigilant in tourist areas including expat hangouts. Stay away from protests and rallies, even if they seem non-violent.