He's fought in a war. He's been nominated for an Academy Award. He met his wife when he was 13. He's mentored by the director of Star Wars. Director Henry "Hank" Hughes' life may sound like a movie, but it's all real.

Growing up as an army brat, Hughes spent his childhood both in the United States and Europe. Wanting to study film in Boston, he attended Boston University on an ROTC scholarship and received his Bachelor of Science in Communications in 2006. He spent the following five years as a paratrooper in the 173rd Airborne, conducting two combat tours in Afghanistan. His unit was featured in Jake Tapper's bestselling novel, The Outpost, and Henry was featured in ABC News' documentary program Standing Up For Heroes where he was paired up with a notable mentor. And not just any mentor. George Lucas mentored Hughes as part of American Corporate Partner's National Mentoring Program. http://abcnews.go.com/US/video/standing-up-for-heroes-16643038 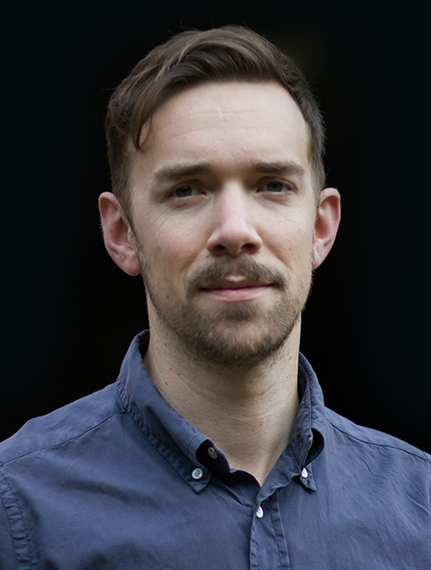 Soon after returning from service in Afghanistan, Hughes began studying filmmaking at the American Film Institute where he earned an MFA in Directing, and for his thesis project, created his first dramatic short film Day One, a riveting look at an Afghan-American woman who joins the U.S. military as an interpreter and is sent to Afghanistan. The film won a Student Academy Award, a College Emmy Award, and earlier this year was nominated for an Academy Award for Best Live Action Short Film.

One year ago, Day One also collected the alumni prize at Boston University's Redstone Film Festival, which showcases the finest student made short films. Now, at age 31, life has come full circle for Hughes as he returns to the Redstone Film Festival this Thursday, April 7 where he is hosting the annual event. The festival is named for Sumner Redstone (Hon '94) who sponsors the events, which takes place at The Directors Guild of America in Los Angeles. http://www.bu.edu/com/academics/what-we-do/film-television/the-redstones/

I had the pleasure of chatting with Hughes about his life and career...

Xaque Gruber: What films influenced you in the writing and directing of Day One?

Hank Hughes: I am interested in films that explore the meaning of life as it hangs in the balance. Danny Boyle and Paul Greengrass come to mind. And I am a big fan of Asghar Farhadi's A Separation.

XG: How did working with George Lucas help shape Day One? Was he hands on with you through the process?

HH: George mentored me through a veterans organization and has been an immense help in developing my craft. Over the years he'd watch some of my work, and ask the bigger questions about filmmaking as opposed to the mechanics of the film itself. He'd ask 'who was I making movies for?' It's an important question and one that speaks to his own relationship with a larger audience.   XG: Tell me some of the lessons you learned in the trenches of directing and writing Day One that you'll do differently with the next film.

HH: After the initial edit, I wrote and shot a new beginning and ending of Day One. If I can build in some room for reshoots in my next projects I will. The ability to look at a rough cut and realize that you need a particular scene is invaluable. Perhaps I can get to a point of anticipating problems, but at this stage I find the ability to shoot additional scenes tremendously helpful.

XG: What was it like to be at the Oscars with your first endeavor?

HH: I was certainly surprised. I had hoped the film would reach as many people as possible, but I didn't think the film would go that far. It was a treat to have such an eye opening experience so early in my career.

XG: Have you already started your next film?

HH: I am juggling a number of projects: a feature, a web series, and developing a television series. It's difficult for me to multi task at this point as a young craftsmen, but it seems to be the nature of the beast.

XG: What five features released in the past year most impressed you?

XG: Tell me about your experience at the Redstones last year. In one year, you went from showing your film to hosting the event. Bravo!

HH: It was wonderful to reconnect with the B.U. community and be a part of the Redstones again. I hadn't been to the Redstones since 2006 and it felt great to have my film screen at the Director's Guild. I think of my time at Boston University quite fondly. I forged a number of lasting friendships and partnerships to this day, which are by far my most cherished aspects of my time in Boston.