After three and a half years of 15-hour work days, Chris Ducker -- who today is a serial entrepreneur and author of "Virtual Freedom," suffered a severe physical breakdown that knocked him off his feet and landed him in the hospital for a week and a half. "I was diagnosed with acute exhaustion," he said. "My body had literally given up."

The experience was a wake-up call for Chris and his wife, with whom he ran the business. "My wife said, we need to figure out how to get out of the day-to-day operations of the business," he said. "We collected all the things we felt I shouldn't be doing as the boss as well as the things I hated doing. Those became the keys to virtual freedom." 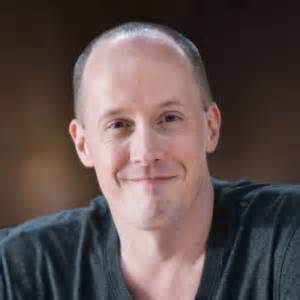 Chris ultimately set a one-year plan in place to remove himself from ground-level operations. Each month came with a distinct goal that allowed him to disengage further and further throughout the year. "One month my goal was to get out of email hell, the next it was to stop training staff," he said. "Then I made myself stay away from the IT department," he laughed. By the end of the year he'd achieved his goal and had become what he calls a "virtual CEO."

Additional Bandwidth Allowed the Creation of Business Number Two
Chris documented his journey on a blog and, through that experience, developed a following and, ultimately, a new personal brand as virtual CEO. He'd written a blog post about how one can use virtual staff (or virtual assistants -- VAs) to help with certain tasks. A reader comment on that post was what led Chris to launch his next business.

"This guy commented that he hadn't had luck finding a VA that he could trust," Chris said. The commenter went on to write that, if he could find a reputable service that could provide him with trusted VAs, he'd sign up in a heartbeat. "My entrepreneurial alarm bells started ringing," Chris said.

Chris was half-way through his yearly journey to remove himself from his first business, but, as he says, an entrepreneur has an idea a minute and has a hard time not following through with them. "I just couldn't help myself. I started the new business," he said.

On Creating a Successful Business
The appeal for Chris was in creating a business that solved a problem for someone else. "To be a good business owner, it's not about how much stuff you give your clients," he said, referring to free ebook downloads that currently proliferate online businesses. "Instead, it's about how much value you provide."

Interestingly, Chris downplayed the purpose of passion to a new business owner. "If you start a new business based only on passion," he said, "you'll be blinded by it." There are a lot of jobs that people love that don't pay well. That's why Chris suggested going into a new venture with a profit-centric mindset.

Still, success comes with many perks. Like getting to choose who you work with. "Once you get to a certain point, you get to pick and choose the people you work with," Chris said. "For me, it's important to gel with the person I'm working with." We go into business for ourselves so we can do what we want, when we want it, and with whom we want, Chris added. "If you can do that, you've arrived."

After learning to outsource a good deal of his day-to-day operations, Chris learned to expand his reach further. Today he's working on the upcoming launch of his next project, Youpreneur, an online master mind group for other entrepreneurs. "Now I want to help other people do what I did," he said, explaining that he can have greater reach through on online platform, rather than through one-on-one coaching. "There's only one me, and only so many hours in a day," he added.

I spoke with Chris as part of my upcoming, free Art of Mindful Wealth Summit. You can listen to Chris and 25 other fascinating conversations about creating the life you really want to be living by going to www.artofmindfulwealth.com