Henry Yi (not his real name) is studying mechanical engineering and dreams of working for NASA. The 19-year-old UC Berkeley student says he couldn't have done it without his parents -- not only because of the sacrifices they made to bring him to the United States, but because they helped him apply for a program that has changed his life.

Yi, who declined to use his real name to protect his family, says it was his parents who first told him about Deferred Action for Childhood Arrivals (DACA). The program, announced in 2012, grants undocumented immigrants who came to the United States as children a reprieve from deportation and access to a work permit.

"My parents found out from a Korean newspaper [in Los Angeles] and proceeded to contact lawyers to apply," says Yi. As a DACA recipient, Yi can now apply for the internships and jobs in the field in which he has always wanted to work. The time and effort he is putting into his education will finally pay off.

Yi got into UC Berkeley and won UC Berkeley's most prestigious award, the Regents' and Chancellor's Scholarship, which provides housing and tuition. His parents were ecstatic. It validated all of their hard work, he says. For Yi, education has always been a top priority. It's what he's strived for and it's what his parents' sacrifice was all about.Yi was four when his mother bought him from South Korea to join his father who was already in Los Angeles. They overstayed their visa and became undocumented. It wasn't until he was in third grade that it slowly dawned on him that he was a bit different.

"My report card had the word 'Alien' on it," says Yi, 19, an undocumented sophomore majoring in mechanical engineering at UC Berkeley. "I asked my parents about it and they tried to explain what it meant, but back then I didn't really understand."

But his status didn't bother him until he tried to apply to take courses at a community college that has a partnership with his school, a prestigious public magnet high school in Carson, Calif., whose API scores are the fourth highest in the state. "The application asked for my social security number. It asked what my status was," Yang recalls. "I was confused. I didn't know what to put in it. So I couldn't finish the application." Though he took the courses, they didn't count toward college credits because he was undocumented. His status also deterred him from applying for internship at "places like NASA," he says, even though working with airplanes and rockets had always been his dream growing up. The NASA internship, he says, "required you to have citizenship or at least legal residency. I was really disappointed that I couldn't apply for it. I didn't have a fighting chance."

Silently, his parents fretted. They carried a heavy burden, Yi says, especially when they saw that their son was suffering setbacks and disadvantages due to his legal status. Yet Yi says that it's his parents who "suffered the most." His father owns a small business, where he works six days a week, doing smog checks on cars. His mother, a housewife, takes babysitting jobs when she can, while taking care of their two sons. Yi's younger brother is also a good student now in eighth grade. "We both work hard to make our parents proud," he says. His younger brother was born in the United States, which means that Yi's parents could qualify for DAPA (Deferred Action for Parents of Americans), a program that would give undocumented parents a reprieve from deportation if they have a child who is a U.S. citizen or legal permanent resident. 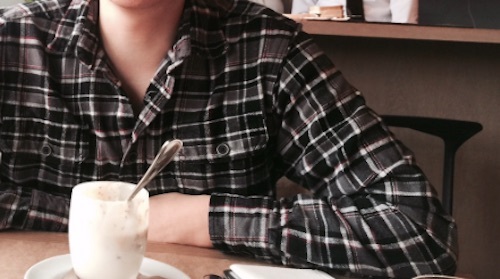 DAPA has been held up in the courts since it was announced in 2014. The case will be reviewed by the U.S. Supreme Court, which is expected to announce their decision in June 2016. If the court allows the program to move forward, DAPA, along with an expansion of the current DACA program, could go into effect this fall.Parents of U.S. citizens and legal permanent residents can't apply yet - the DAPA program does not yet exist -- but they are encouraged to get their documents together so they will be able to apply for it if and when it goes into effect later this year. When told that his parents could qualify for DAPA, Yi says he is sure that they would take advantage of the program when it goes into effect.

When asked why more Asian-Americans haven't applied for DACA, he shakes his head. "I really don't know why," he answers. "My guess is that many are not informed about it." Asian immigrants have lower application rates to the program than other ethnic groups.

But he says that for him, it was his parents who made the difference in the decision to apply. And getting into UC Berkeley validated their decision, he says.

"I work hard. I want to be able to graduate then help my family," Yi says.

He dreams of working in the aerospace industry, building airplanes and rockets for NASA or Boeing. "I've always loved to build stuff," he says.

"I feel more American than Korean," he says. "I've lived here all my life." All he wants to do, he says, is a chance to contribute to this country. And no doubt this country would be foolish to turn away a dedicated, top-notch rocket engineer.

This profile was produced for New America Media in collaboration with Ready California (Ready-California.org), a statewide coalition working to ensure that the maximum number of eligible Californians benefit from DACA and DAPA. For more information about how to apply for DACA, go to: www.ilrc.org/daca.


Andrew Lam is the author of "Birds of Paradise Lost" and "Perfume Dreams: Reflections on the Vietnamese Diaspora."