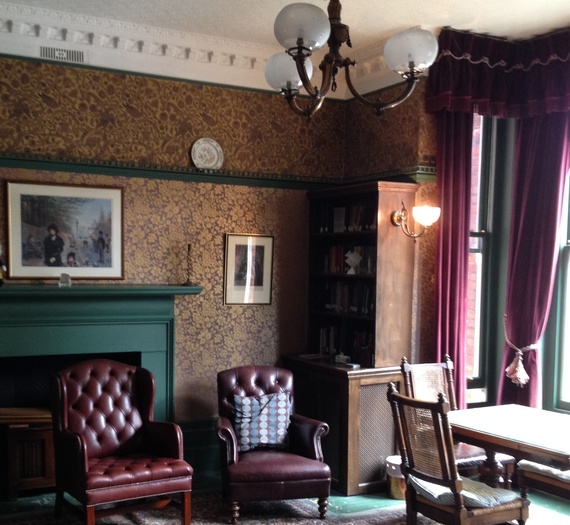 An odd Victorian bears much responsibility for the current crisis in legal education. After practicing law for fifteen years, Christopher Columbus Langdell hypocritically convinced law schools that law professors as a rule should have no practice experience. He also convinced them that law professors should come from only a few elite schools (whatever that means) and that the law can and should be learned through parsing redacted appellate cases. To be sure, Langdell always had critics and many law schools have moved away from him over the years to various degrees. For example, in the years before the Great Recession, law schools began adding clinical and legal writing faculty who merged practice with theory. However, these faculty members often were and often continue to be regarded as inferior in status to the "core" or "doctrinal" Langdellian faculty, were and often continue to be paid less, and were and often continue to be non-tenure track, non-core faculty.

Until the Great Recession, Langdell's strange notions may have seemed ultimately harmless except for their upfront financial, temporal, and nuisance costs. Law firms would hire recent graduates with little or no practical knowledge and teach them on the job. In the days following the Great Recession, however, there were not enough clients willing to pay for this on-the-job education, and firms turned to experienced lawyers for their new hires. Though the economy has since improved, employers and potential lawyers learned from the downturn. Employers have seen the benefits of hiring experienced lawyers first. Potential lawyers know this and are understandably cautious about going to law school. Law schools are also aware of this and are frightened by its enrollment implications.

Interestingly, though, many law schools seem unaware of other potential enrollees skeptical of Langdellian education: future entrepreneurs who could benefit from usable upfront legal knowledge and liberal arts students who could see a juris doctor as a capstone of their education. A law professor without practice experience can understandably seem unappealing to both the future entrepreneur and the liberal arts student. Neither would likely take a geology course from someone who had never studied real rocks in a real field. Why would they approach the law any differently?

Potential students from all three groups can further question the wisdom of reading a multi-page redacted appellate case to learn a one-line concept. Of course, many students don't research the mechanics of potential curriculums before they enroll. However, even students who don't research law school curriculums can still be confounded and turned off by The Paper Chase and other circulating Langdellian tales. Law schools shouldn't therefore assume lack of concern.

Law schools shouldn't also assume their plight is hopeless. Far from it, law schools have AT LEAST THREE different viable pools of candidates who can benefit greatly from a curriculum addressing their concerns. To address such concerns, forward-looking law schools can begin by revising their hiring process. They can require substantial law practice experience for all new law professors hired. This doesn't mean that no new faculty should be hired unless they have such experience. A good linguist or philosopher, for example, might add great value to a law school. Such a person, however, by definition wouldn't be a "law professor." Also, with practice experience as a core value, no logical space would exist for caste distinctions between so-called "doctrinal" faculty and clinical and legal writing faculty who all also have substantial practice experience. Nor would such space exist to elevate an elite degree (whatever that means) over real talent and experience.

Second, forward-looking schools can restrict the case method to courses such as Constitutional law where cases are often of great historical and living interest (unlike the vast majority of other appellate cases which Langdell himself dismissed as "worse than useless.") This doesn't mean that there's no room for some cases in the materials of other courses. Lawyers must be able to read cases just like they must be able to read statutes, contracts, deposition transcripts, treatises, law review articles, and other legal materials. However, common law cases have a subordinate place behind, for example, constitutions, statutes, and regulations such as those contained in the Code of Federal Regulations.

Third, forward-looking schools can stress the inseparability of theory and practice. In first-year contracts, for example, forward-looking schools can include substantial review of actual contracts. This not only fills out bare concepts. It also adds academic rigor when compared to merely briefing and discussing cases. Of course, to do this, contracts professors need the necessary substantial real-world experience and knowledge.

Fourth, forward-looking schools can bring more humanities into their curriculums. By ignoring much of the record of their cases below, Langdell's redacted appellate cases squeeze much of the life and humanities out of the law. This stilted approach can lead many students, lawyers, and judges to miss the role of life in the law, and I believe this contributes to the common low regard of lawyers.

Finally, when finances permit, forward-looking schools can elevate need-based scholarships over merit-based ones. Costs of law school of course shouldn't be borne by those least able to afford it.

All this brings me back to the convergence noted above. It's no accident that prospective lawyers, prospective business persons, and persons seeking a capstone to their liberal arts educations would all value a law degree freed from the Daze of Auld Langdell. By snubbing practice, Langdell dumbed down law school both intellectually and morally. To take a chess analogy, it's much more intellectually and morally rigorous to win an honest, hard-fought game than to merely analyze lifeless rules or analyze redacted accounts of others' games. Law is no different. Let's teach the law in all its dimensions, elevate our standards as a result, and make the juris doctor one of the most rigorous, important, fascinating, useful, and sought-after degrees in academia.