I recently had the chance to talk to Nolan Bushnell about his career, as well as his relationship with his son and fellow entrepreneur Brent. Brent Bushnell runs a company called Two Bit Circus, a purveyor of novel out-of-home entertainment.

Steve Mariotti: What was it like growing up with an entrepreneurial father?
Brent Bushnell: We really had a blast. It felt normal. It was fun and special to constantly have these projects that we collaborated on, and to be pushed into sales and product creation. We were playing with sales and electronics as young as the 2nd grade.

SM: The first business was the jewelry business, 2nd business was an online game that sold for $15K?
BB: No, the game was a collectible/tradable card game that we licensed to TOPPS, baseball cards. We had a bunch of experiments -- before Costco bought Price Club -- we came out with candy bars and all sorts of bulk stuff and sold them at a lemonade stand at the bottom of the house. A bunch of bikers would come by the house. I had 3 businesses before 18.

SM: Where did you grow up?
BB: I grew up in Silicon Valley in a town called Woodside. Dad crafted a rich environment in our house. A lab with all sorts of interesting equipment, workshop with various tools, and areas that we called blank places -- empty rooms we used for our own projects. One of them you entered through a trapdoor in the floor of a closet. It was so cool. 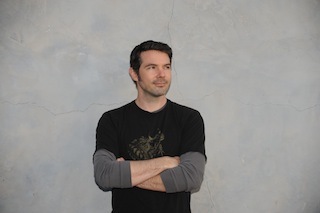 SM: Were you a brilliant student, dorky kid, entrepreneur?
BB: I was in accelerated classes, but prided myself as being friends with everyone, both the jocks and the nerds. I was probably a B+ kid. I learned how to type and how to program. I remember the first time Dad put me in front of the internet in 1993/1995 -- it was the Mosaic browser and he said "Brent, here's the internet." I sat and read the help manual and had no idea was I was looking at.

SM: What are you doing now?
BB: I'm the co-founder of a company called Two Bit Circus with Eric Gradman -- we've built high-tech amusement for a number of years -- and have now made a business creating group games that you can't play in your living room.

Our biggest initiative is STEAM Carnival. It is a traveling event that's a modern re-imagining of the carnival. 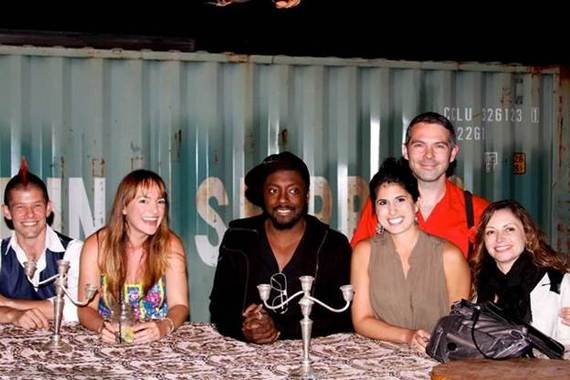 Brent Bushnell (in red) with will.i.am and friends at the STEAM Carnival Fundraiser

We have 13 employees, are self-funded, have no venture capital and are privately held. We've been in business 2 years. The IP is based on what Eric and I have been building for past 5 years. We started tinkering without a profit motive, working on weekends and nights as a hobby. We'd take our creations to parties and events and pretty soon it wasn't just our friends calling to ask for our games but big companies like Intel and Amazon.

NB: Both Eric and Brent are engineers and live in an artist complex in downtown LA in a converted Pabst Brewery. It's the biggest artists' colony in the world and 200 yards away is the Two Bit Circus workshop. His youngest brother Wyatt is now living with him.

BB: It's an exciting part of LA.

SM: What are your annual sales and economics of one unit? What is the goal of your company?
BB: Our sales are about $4M. We made $2M last year selling games and renting out solutions for parties, events and conferences. Our first big client was MSFT who asked us to bring games to one of their parties. We are re-imagining amusement and hope to inspire kids about STEAM -- science, technology, education, art and math. Personally, I love entrepreneurship and mentoring kids. Business-wise, I've taken an interest in STEM, encouraging kids to become engineers.

If you disengage ownership, kids in horrible poverty with a constant money stress, with no light at the end of the tunnel, it's hard to teach the basics in the moment without saying that maybe there is a valuation in the future, always ask our community to put the 'e' in.