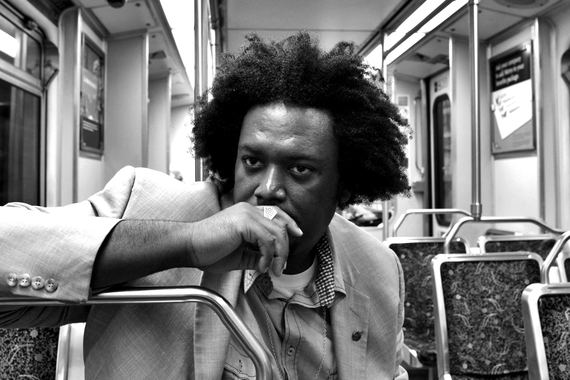 Classic sounds in music are still inspiring and always at our fingertips.

Jazz has made a comeback over the past few years but not quite like Kamasi Washington. I am not a jazz expert but I can confidently say that this is the closest thing you will get to the good old days. Sure, there are many musicians making jazzy records, but this is the real deal.

Everything about the build up to Washington's tenor sax in "Re Run Home" is tremendous. The drums, the horns, and the keys all makes you want to dance, snap, and shout at the same time. It's the kind of mind-blowing groove that when played live is sure to make you remember why you love music in the first place. This is the kind of jazz track that you don't have to sit quietly and clap when the drummer nails a solo. This is get up and dance jazz - just like it was in its prime.

Washington announced that his album The Epic is set to release in May on Brainfeeder, the label of music producer Flying Lotus. It's worth noting that Flying Lotus is the nephew of tenor sax legend John Coltrane. We should all pay close attention to Kamasi Washington this year.

Funk is back on the airwaves thanks to Mark Ronson's "Uptown Funk." But if you are craving more look no further than Tuxedo. Singer Mayer Hawthorne and producer Jake One have released a new album dedicated to recreating the funky sound of the '80s.

Mayer Hawthorne has consistently proved over the years that his music soul goes way before his time. Remember his barbershop quartet performance of "When I Say Goodbye?" In Tuxedo he continues his admiration for music's lost genres. The self-titled full-length Tuxedo album is available now on Stones Throw Records.

We call everything R&B these days. Most people have no idea what it really is anymore. To be fair, the genre has changed a lot since its birth. However, the 3 things that have to be present in respectable R&B are strong vocals, good lyrics, and crisp harmonies. They are the 3 essentials.

For the real deal you have to dig much deeper than urban radio. Singers like Ledisi, D'Angelo, Jazmine Sullivan, and many others are still releasing quality sounds that combine soul, gospel, blues, and lovemaking. A standout track today is Faith Evans' "Make Love" featuring singer KeKe Wyatt. The entire song is in harmony and these women are 2 of the best in the genre. Faith Evans' "Incomparable" is out now.

Everyone loves a good producer, but what's even better is a producer that is also a multi-instrumentalist. Canadian songster Mocky is no stranger to this music combination. His career spans over a decade with writing and production credits for artists like Kelela and Feist, both who have contributed to his new EP Living Time: The Moxtape Vol. II. The EP eliminates the electronic sound that Mocky has produced in the past to create a timeless collection that is necessary in the age of trap beats. When asked about the album's non-electronic feel he said, "In 2015, we are getting to the point where 'the machine' has become the arbiter of emotion, and intention is at an all-time low."

Living Time: The Moxtape Vol. II is an impressive body of work. The tracks presented are smooth instrumentals with minimal vocals. When there is singing such as in the songs, "Howling at the Moon" and "Living Time," the eerie vocals gently blends with the instruments. The 6-track EP ends with "Sweet Things," which is a perfect arrangement complete with 6 simple words. It's the kind of track samples are made from. Mocky's full-length album Key Change is due out later this year.

Benny is not your average pop singer. I praised his genre-blending sound in my post, "This Singer from Amsterdam is the Best Artist You Don't Know." Get familiar in his single, "Straight Lines" from his upcoming album. If you are enjoying this Dutch pop sound check out the article to stream more music.