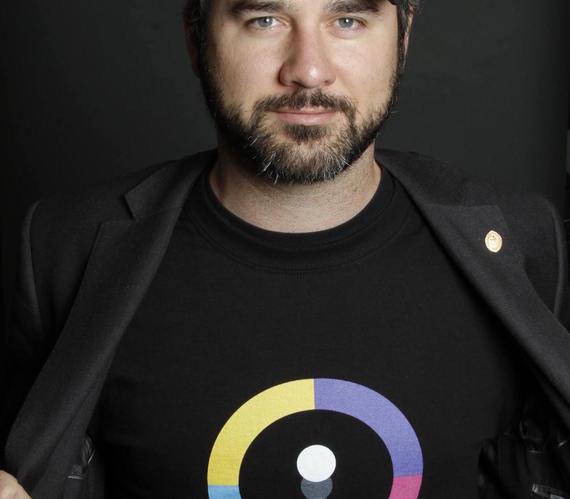 Four short months ago David Reichelt found himself on the phone with Ford. Due to an injury to his wrist, he could no longer perform the pool cleaning work he had been doing to make the monthly payments on his truck. David would call to schedule the repo appointment twice, only to cancel it twice.

Fast forward to the present and everything is different. David's super addictive casual game, Color Switch, ranked as the #1 app in the app store for a record 28 straight days, and is still in the top ten games at the time of writing, amassing over 55 million downloads in just 3 months (historically good numbers) to the delight & frustration of users around the world.

By any measure, this is an overnight success story fit for the silver screen... but how was it built?

I recently had the pleasure of sitting down with David via Skype video to find out.

David hails from Simi Valley, California and has moved around quite a bit. As a child he was inspired by the movie "Its a Wonderful Life" and wanted a life filled with travel and adventure. At 23, he enlisted in the army and became a medic. He knew he did not want to just get married and have kids, as many of the friends around him were doing, but did not have the answers otherwise.

Taking care of people in a war zone taught David the confidence he could do anything, so he tried many new things. Previously relatively quiet, during his service, David picked up card magic and became good at making people laugh including his drill sergeant, who he infamously caused to fall over sideways from laughter in front of an audience of 400 soldiers.

Post army, David tried many things: He worked as a magician, earned a degree in theater, went to film school, earned a degree in film editing, and worked as a film editor for 6 months. He was initially connected with apps by chance in June 2013, when he moved into a friend's former apartment near Hollywood, wanting to be closer to the entertainment industry.

His new roommate who he met in that apartment was in the process of building a game based on a template from bluecloudsolutions.com and introduced David to "App Empire", a book that has influenced so many of us app entrepreneurs, when David showed interest in his project.

Pretty soon, David's intrigue turned to action, and he sold his film gear in order to get his first game built at a total cost of $4000... money which ended up being lost. Despite the project's failure, it was also a huge learning experience and an opportunity.

His frustrations working with the developer eventually led to him (somewhat mistakenly) purchasing Buildbox, a drag and drop game builder software, and using a loan from a family member to cover the cost of this purchase.

David then said "this is it" and committed to making this endeavor work.

In addition to reading App Empire and every piece of educational content he could find, David went on to make what he describes as "40 bad games" before taking a year off and finally making Color Switch and changing his entire life.

I know you want to hear the rest of this. Our entire hour-long conversation will be included as part of our upcoming free webinar series on app success.

For now, a few learnings that stood out:

On Game Design (And Marketing):

I feel so blessed to be able to share David's inspiring story with you, as well as the stories, secrets, and strategies of other leading appreneurs.

Whether it is apps or another arena, find what works for you, put in the time to master it, and go be massively successful. It is absolutely possible.