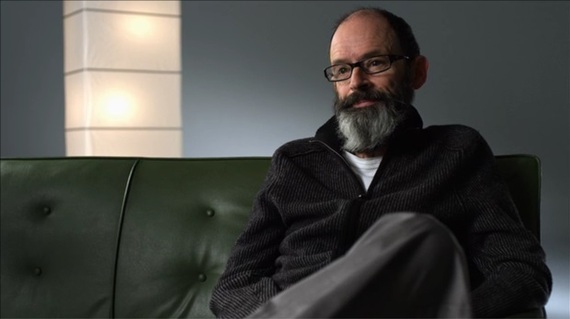 While researching my book on What Every Christian Needs to Know About Passover, I came across an unusual book.

It was a first-person account of a man who sought to live an entire year as Jesus would have lived. He observed the Jewish sabbath, holidays, dietary laws and dress. He lived according to the Jewish calendar. He grew a long beard.

I was even more surprised when I found out the author's story. He was was an evangelical pastor named Ed Dobson. He pastored a large church in Michigan. He had once served as one of Jerry Falwell's closest associates in the Moral Majority movement and a dean at Liberty University.

You would not realize that background in reading the book. Published in 2008 it closes with an endorsement of Barack Obama for President!

So here I had an evangelical pastor who had once worked for Jerry Falwell now supporting Barack Obama while living as a first-century Jew for a year. Call me intrigued.

I devoured the book and others. I soon became friends with his son and spoke about my upcoming book on the Jewishness of Jesus at the church he led in Michigan. (You can get a free chapter of that book by signing up here.

You'll also get a video of the talk I gave at the church.)

Sadly, Ed Dobson passed away this week. In reading several obituaries and reflecting on his books, I found his extraordinary life leaves several important lessons:

1. Faith is not primarily about what's "up there." It's about what's "down here." His publisher, Stan Gundry, recalls asking Ed to write on some difficult theological questions and Ed responded: "Stan, these are important and interesting questions, but frankly, these are not the questions and issues that the people in my congregation are wrestling with in real life."

2. Living by faith is a life-long journey: We read accounts of people who grew up evangelical and then become atheists. We read of atheists who become strict fundamentalists. But most faith journeys do not have such 180 degree turns. They move in twists and turns, moving and returning, changing and remembering. They weave the past into the future without destroying it.

Ed Dobson's journey followed this path. The obituaries note that he and Falwell remained close even as their priorities and interests changed.

His life teaches growing is not an obscuring of the past. Change is not rejection. For each of us, ut of the fragments of who we were comes the reality of who we are.

3. We live on through our disciples: Henry Adams said "A teacher affects eternity; he can never tell where his influence stops." His words echo the Jewish teaching that a rabbi lives on through the teachings of his students. So does a pastor.

Among Ed Dobson's students are his son Kent, who has written an extraordinary book on first-century Judaism; Rob Bell, whose writings have taught hundreds of thousands; and many others touched by his books and his example.

His words from a film about his life and struggle with ALS sums up this message well: "Every human being knows they're going to die. Early on in my life, I thought I was in control and the truth is you don't control squat. .... It's not about how long I have left. It's about how I spend the time I do have."
To that we can only say Amen.
For a free chapter of my upcoming book on the Jewishness of Jesus, sign up here.