We are lucky to live in a town called Montclair, New Jersey. We had no idea when we moved here how many amazing writers would live within a stone's throw of us. One of them is Christina Baker Kline. We got to know her before her New York Times best-selling novel, Orphan Train, was published. She was at the center of the writing community in Montclair, helping writers both published and unpublished to get their foot into the door of the book biz. It often seems like a bestseller comes out of nowhere, fully formed like Athena springing from the head of Zeus. But as you'll see from our interview with Christina, a groundbreaking novel, like Rome, is not built in a day. 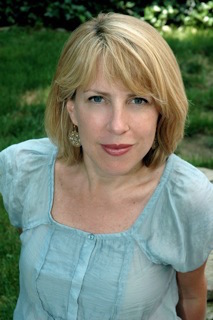 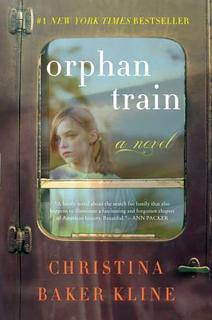 The Book Doctors: You were a writer for many years before you had a mega bestseller. Take us down the path of your decision to become a writer, the arc of your career, and how it led up to your most recent success.

Christina Baker Kline: I have always been a working writer, by which I mean I was a scrappy kid. I was raised by professor parents who had no money. My mother taught at a community college. When I was about 11 or 12, she put me in charge of cooking, and she put my sister Cynthia, who was about 18 months younger, in charge of laundry. She had to stand on a box to do laundry. And so we became quite self-sufficient. We also took care of our two baby sisters. We called them The Babies until they were 12. And I remember one of my sisters saying, "You have to stop calling us The Babies. We're not babies anymore."

In college, I majored in English literature. I did a Masters of Arts in literature for graduate school, and then I did an MFA. For me, as it so happened, English was a marketable degree, even though people might not think of it that way, because the only thing I can do is write, edit, and teach. My masters in English literature helped me get teaching jobs. For my MFA, I knew that I could stave off student loans for two more years, and I also wanted to write a novel, but I knew I would never be able to do it if I was working full-time. So I applied to ten programs. I got full fellowships at two, Michigan and The University of Virginia, to, as far as I was concerned, write a novel. They didn't know I was going to write a novel. MFA programs are not set up to write novels. But I was very directed. I had one shot, and then I was going to be repaying student loans and working. I wrote my first novel in two years while pretending to be writing short stories. I kind of handed in little bits and pieces and old stories, and I shamelessly exploited the system.

I also was an entrepreneur, and I had a company called Writing Works, which I started with another grad student. We edited Guggenheim applications, professors' essays, and letters. Books even. Then I came to New York and continued that little company. I've always set up a life in which I was working as an editor and teaching.

I've always assumed I would have to make a living in addition to writing. I have ten books, and I've always gotten reasonable advances. I broke six-figures once in that period of all those books, but I always had high five-figure advances. Sometimes I could support myself for a year, and sometimes I couldn't. But the big picture is, I always knew that I wanted to write, and I always assumed it would also entail making a living in some other way as well. So I never expected to write a book that would mean I wouldn't have to do other jobs.

TBD: What happened to that first novel?

CBK: For my first novel, I got $7,500. It was beautifully edited, and it did amazingly well. We sold rights in other countries. We sold film rights, first serial rights. It was a Reader's Digest Condensed Book. For $40,000, Reader's Digest bought it. That was huge because the book had earned out way before it came out. This led to a bidding war for my next novel. Of course, that's how I thought it would continue forever. But the second novel did very poorly, and I had gotten a big advance. So I sold my next novel for a reasonable amount and got myself back on track in terms of publishers not being terrified to take me on. And then my next book was much darker, more serious. That didn't do so well. My career was very up-and-down. That brings us to Orphan Train.

TBD: It's interesting that you've never really experienced full-on rejection in the way that most writers have. Despite the ups and downs, it sounds like a really nice run!

CBK: Not exactly. I have been protected a bit from rejection. But I went through one very dark period. I had this wonderful experience with my first novel. I had a lot of interest in my second novel. But my editor was terrible for my self-esteem. She had a table at Michaels where her back was against the wall, and she had a special menu of her own. She took on a lot of writers like me, paid them well because she had a big budget, and then waited to see who would rise to the top. She lied about having read the manuscripts, and she would take months to get back to me. Her assistant would call and say it was in the pipeline, and I would know it wasn't. Crazy. I had just had my third child, my second book had done poorly, and my life was kind of a shit show.

TBD: You've written many different kinds of books. Now you have a huge bestseller. Do you feel pressure to recreate Orphan Train?

CBK: As you said, all of my books are really different from each other, and they probably always will be. I don't feel constrained by the weight of Orphan Train. I feel freed by it in a way. Nobody ever thought Orphan Train was going to be a bestseller. There are these books--Eat, Pray, Love, or Water for Elephants, or The Lovely Bones--that writers publish and then have respectable careers, but they don't approximate them again. I fully intend to be that kind of writer. I don't plan on having another one. I'm not writing like Stephen King who can do a different book every year with the same kind of characters. And I don't feel bad about it.

Claire Messud, who's a good friend of mine, had The Emperor's Children. That was her big book, and she's very respected. But if you read her other novels, they are very dark and intense. It's who she is and what she does, and she's not trying to write to an audience. My next book is huge in scope, and I'm scared to death of it because it's international. It takes place in the 1840s. It's epic, and fun, and this interesting story people don't know about.

Another thing: after I handed in Orphan Train, before it came out, I called everyone I knew in publishing and asked for jobs. I thought, "I have to get a full-time job as an editor. I can't do this anymore. This book is probably just going to fail." Freelance editing was killing me. I was editing 50 manuscripts a year. I was teaching at Fordham. I had several interviews. They were all basically, "You're too old. There's no way we're hiring you as an editorial assistant or anything else." They didn't say that, but it was clear. I thought, "What am I going to do? Just work at Starbucks or something?"

TBD: You still teach at writers' conferences. I see you're going to be at the Kauai Writers Conference in November. (So jealous!) What impresses you when you come across someone who has never been published when you're in this environment?

CBK: I was reading The New York Times on the plane yesterday, and there was this person talking about what leads to success. He said there's an equation, which is Talent + Work = Skill. Skill + Work = Success. But Big Success is when you have a vision of how what you're doing makes the world a better place. So what I guess impresses me is when they have the talent, the work ethic, the willingness to read a lot, and are willing to edit their own work--a lot of people aren't. To me, editing is the secret to writing. I edit so much, and I think it's very important. I consider myself a literary writer, meaning that I'm really interested in the sound of words. The feel of words. But understand that even if you want to write a literary novel, plot and structure are incredibly important.

TBD: And on the flip side of that, what do you see people doing that's a turnoff

TBD: We can't wait to read the next book, Christina!

Christina Baker Kline is the author of five novels. Her most recent novel, Orphan Train, has spent more than two years on the New York Times bestseller list, including five weeks at # 1, and has been published in 38 countries. More than 100 communities and colleges have chosen it as a "One Book, One Read" selection. Her other novels include The Way Life Should Be, Sweet Water, Bird in Hand, and Desire Lines. Her new novel, based on the iconic painting Christina's World by Andrew Wyeth, will be published in Winter 2017.

In addition to her five novels, Kline has written and edited five nonfiction books. She commissioned and edited two widely praised collections or original essays on the frist year of parenthood and raising young children, Child of Mine and Room to Grow, and a book on grieving, Always Too Soon. She is the coeditor, with Anne Burt, of a collection of personal essays called About Face: Women Write About What They See When They Look in the Mirror, and is co-author, with her mother, Christina Looper Baker, of a book on feminist mothers and daughters, The Conversation Begins. Her essays, articles, and reviews have appeared in The New York Times, the San Francisco Chronicle, Money, More, Psychology Today, among other places.