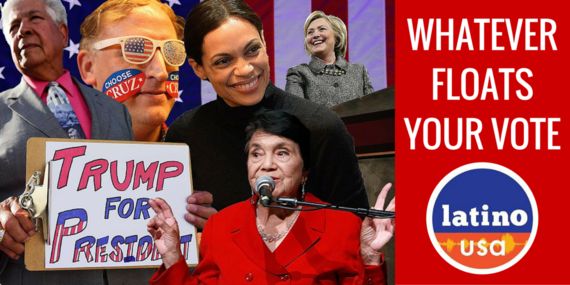 We take another look at the 2016 election and explore the Latino identity of Ted Cruz, why there's a generation gap with Latinos and report on Hillary Clinton's relationship with a coup in Honduras. We also talk with residents of the Virgin Islands, who can't vote in general elections, and a newly naturalized citizen taking part in the voting process for the first time.