I've written in this blog previously about the possibility that growth and resilience can follow in the wake of crisis and trauma. And I've suggested that we use the challenges of our lives as opportunities for growth.

Saturday night I met someone who is a testament to these possibilities. His name is Eric Wasileski, a veteran who suffers from PTSD. I met him as he was on a peace walk from Massachusetts to Washington, where, with others, he will meet with legislators to advocate for peace. Here's his story: 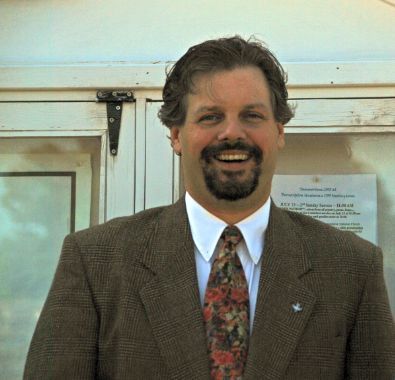 Raised in Western Massachusetts, Eric was the fourth generation of his family to volunteer to serve his country. While he had a practical motivation to enlist (college tuition payment), and a thirst for adventure, he also viewed military service as a noble calling. He served in the Army National Guard for two years, and then served with the U.S. Navy for 6 years, including combat service in Operation Desert Fox in 1998, a forgotten chapter of the battle in Iraq.

Eric was a Missile System Supervisor on the USS Stout in the Persian Gulf. While he didn't actually pull the trigger to launch missiles, he was the one that enabled the voltage that would propel them to their targets.

Just before he enabled those missiles on December 17, 1998, he had a deep sense that he was not serving his country, but rather a disturbing political end. Soon after the bombing, he saw satellite images of the damage. He questioned the motivations for the bombing and some of the targets.

Eric had believed that his mission had purpose. At that moment that world view collapsed. Eric told me "My heart broke. I was disillusioned, betrayed, angry and disappointed." Any semblance of faith in the system he used to believe in was shattered, leading to difficulties in trust, career, relationships, and mental health.

It was the beginning of a painful but ultimately redemptive journey.

Eric experienced what clinicians working at the Veterans Administration refer to as Moral Injury: "perpetrating, failing to prevent, bearing witness to, or learning about acts that transgress deeply held moral beliefs and expectations".1 Acts of war can shatter moral and ethical expectations that are rooted in religious, spiritual or cultural beliefs, expectations about fairness and the value of life that usually sustain us.

To try to grasp this you need to imagine that you suddenly realize that everything you once believed is completely false--in fact, the powers in which you had had faith were the ones that betrayed you. Your world isn't just upside down; it's a living nightmare.

In our conversations Eric stressed that everyone in a war is hurt by that war, not just those who die or are wounded. Those who do the wounding and killing are also badly injured. Eric is one of these.

At the same moment that he lost faith in the ruling, status quo of American ideals, he also started developing a more spiritual faith, the beginning of a long evolution. His moral injury was also the moment of the beginning of his spiritual journey.

But trauma overruled spirit for years.

Once he returned to the States, his efforts to build a career and a family were hampered by anxiety, depression, and a rage that could surface at any moment.

Like many other vets, he tried to forget about it all, and to convince himself that he was fine. But a year later, when the USS Cole was attacked, and once again on 9/11, he experienced flashbacks and retraumatization. He could no longer ignore what was happening inside of him.

He said, "I knew I had to do something."

When I asked Eric what had been most effective in the treatment of his PTSD, he named three things:

1. Acknowledging and accepting that he had a life-long condition that wasn't going away.

2. Writing and sharing poetry. Through workshops facilitated by a group called Warrior Writers, he and other vets use writing and other arts to process their experience and to share it with others with the hope that they will understand the devastation of war. He recently published a book of his own poetry, Live Free (or die).

3. But even more healing has been his active commitment to peace: advocating Shared Security as a solution to international crises rather than war. He's been on hundreds of peace walks, and is an active member of Veterans For Peace, an international organization of former soldiers whose experience has lead them to the conclusion that war is not the answer.

"To have a direction to put the energy in is amazing, it's a way out of brokenness. Healthy responsiveness has redefined my life. The demons are always there--but they can become the angels that propel you."

He feels a moral responsibility to speak for other veterans. As a group veterans score the lowest on indicators for happiness, and those returning from war zones experience a failure to thrive. On average, 22 of them kill themselves each day. Eric feels not only a sense of duty in his advocacy, but also great fulfillment.

"Would joy be too strong a word? I asked him."

"No, it wouldn't be too strong a word. Aside from being with my children, it's the only time I feel whole. And it is a joy."

Eric is participating in Walk for a New Spring, a peace walk from Massachusetts to Washington, D.C., where the group will meet with legislators to advocate for peace on April 26.

While Eric had to acknowledge that he is not the same person he used to be and never will be, he also acknowledges that who he is now has great meaning and purpose.

If we can either find or make meaning out of the difficulties we encounter, we can heal, expand and thrive. Some people find meaning in a sense of providence, that God or the Universe has arranged something for their growth. Others make meaning out of difficult circumstances, using them as opportunities to become more whole. While neither is always possible, when either one can happen, it's transforming.

My point today is not specifically about peace. My role as a psychotherapist is not to advocate particular responses or causes. My point is that in order to recover from the large and small wars we all experience, we would all do well to follow Eric's example of using trauma as an opening for change.

In our last conversation he referenced Mary Oliver's poem, Lead, in which she uses a story to break our heart in order that it can open to the sadness in the world and never close again. May we hope for such a response to all suffering.

More:
Veteranshealthy livingptsdPeacetrauma
Newsletter Sign Up
The essential guide to taking care of your mind and body
Subscribe to HuffPost’s wellness email
Successfully Subscribed!
Wellness delivered to your inbox

Jungian analyst, psychotherapist, and author of "I'm Working On It In Therapy: How To Get The Most Out Of Psychotherapy"