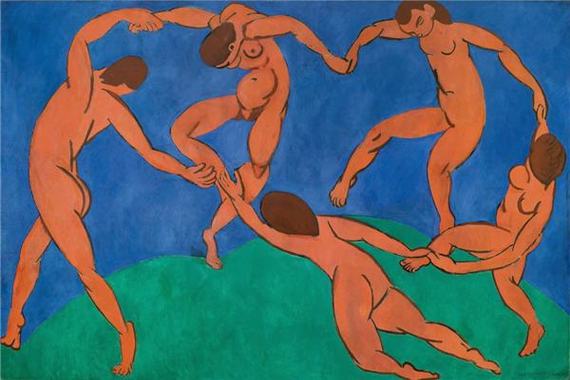 For several decades split between the Hermitage and the Pushkin museums in Russia, the incredible Shchukin collection is arriving in the French capital.

Considered one of the world's finest collections of modern art, it will go on view outside of Russia for the first time in nearly 100 years at the Fondation Louis Vuitton art center in Paris.

Sergei Shchukin was a successful late 19th-century Russian businessman in the textile industry. Born in 1854 in Moscow, he died in 1936 in Paris. Starting in 1897 during a visit to Paris, he began collecting paintings from the masters of Impressionism.

His first purchase was a Monet. Then he went on to the Russian avant-garde artists, filling the walls of his Moscow house with more than 250 pieces. An entire room of his Moscow mansion was dedicated to his 16 Gauguin Tahiti paintings.

Famed Monet's Le Déjeuner sur l'Herbe , Picasso's La Buveuse d'Absinthe , Matisse's L'Atelier Rose, are just a few of the masterpieces that made it to the museum in Paris. Braque, Renoir, Degas, Van Gogh, Cézanne, Pissarro, are among the other 50 masters represented by the collection.

After many great losses in his personal life - the death of his wife, his teenage son, Sergei, his brother and his youngest son -Shchukin pursued his art collecting with even greater fervor; he opened his residence, the Trubetskoy Palace, to art students and gave tours of his collection. 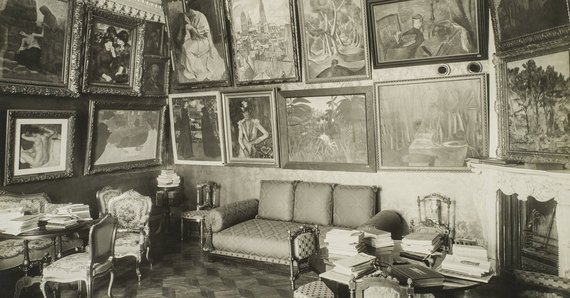 After the Bolshevik Revolution of October 1917, his priceless collection was dismantled and handed to the powerful state, then distributed to several museums in Moscow and Saint Petersburg.

The art was labeled "bourgeois and cosmopolitan" by purgist dictator Joseph Stalin, who was in office from April 1922 to October 1952 and considered the art collection to be too decadent to be shown to the public.

After the revolution, Shchukin fled to France and became a close friend and a patron of Henri Matisse. He went on to commission La Danse (seen above, 1909-10), and La Musique (1910), two of the artist's most celebrated works.

A real art coup for the Fondation, the exhibit is likely to attract visitors from all over the world. Opened since exactly two years the Frank Gehry-designed building sits in the middle of the suburban woods at the door of Paris, encroached to the delightful Jardin d'Acclimatation inside the Bois de Boulogne, in the fancy 16th arrondissement of Paris. 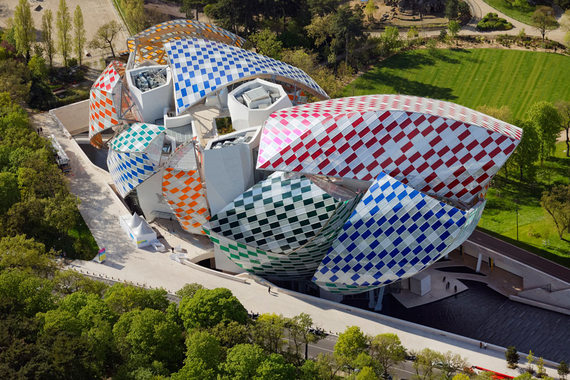 Sponsored by the group LVMH (Moët Hennessy Louis Vuitton), the center is run as a nonprofit initiative, as part of LVMH's promotion of art and culture. Bernard Arnault, the Chairman of LVMH, was the definite mastermind behind the Shchukin travel to France.

For many years, French André-Marc Delocque-Fourcaud, Shchukin's 74-year-old grandson, has been wanting to re-unite the collection for a complete show, but he found no museum in Russia or France with the hefty funds to see it through.

After many secret shenanigans, the deal was made official when the French magnate signed the agreement with the Russian foreign ministry, as well as the Hermitage Museum, St Petersburg, and the Pushkin Museum in Moscow to bring the entire collection together again in its entirety for a magnificent show.

"For me, it's a big event," Arnault said recently, "the collection is one of the most beautiful that has ever been put together. It is a complete vision of the beginning of contemporary art."

(Note: in French, the collection is spelled Chtchoukine.)