Most art critics will tell you that there is nothing more exciting than discovering an artist that you are unfamiliar with; immediately, the work offers something totally original and stays with you long after the first encounter. It was because of the opportunity to see new artists from around the world that I accepted an invitation to speak on the legacy of Andy Warhol at SeaFair, the floating art fair on board a mega yacht docked in Sarasota, Florida, and while there I came upon an ambitious line-up of curious paintings by a Russian artist named Sergey Fedotov that I knew at once were highly unusual and consistently aggressive in their technique and style. Here was an artist who apparently had been painting for less than fifteen years after a successful career as a physicist while he maintained an equal, ongoing passion for artistic expression that in the end won the battle.

Influenced by the emotional experiences and lasting impressions of visual harmony, the artist applied his ambitious appetite for experimentation and intellectual curiosity from his other disciplines directly to finding his own idiosyncratic voice on a canvas surface. After my further research and a careful investigation of his latest, impressive book, which catalogs a good portion of his career, I concluded that indeed I had tripped over a mid-career talent worth writing about that I might not have found through conventional exhibition environments. My trip to the Gulf Coast of Florida was indeed blessed with a new discovery of genuine talent: this artist mixes together a tossed salad of abstract narrative imagery, traditional color field painting and aggressive textural surfaces, along with a natural, almost primitive force that cleverly balances the old and the new, sophistication with naivety, while celebrating connections over and over again to a wide variety of pioneer artists in his recent series of work.

A careful and critical examination of Mr. Fedotov's vigorous paintings shows a sharp perspective and an awareness of many of the major players in the history of developmental contemporary art and, perhaps more importantly, the suspicion that the artist, who grew up in relative isolation from the major art centers of the world, also was creating a style that was not an off-shoot of another or a conscience decision to follow the stylistic lead of others, but stemmed from a genesis of intuitive talent and a burning desire to express oneself in a completely unique manner. Even without a complete perspective on individual artists who share at arm's length some of the stylistic personalities and categorical elements of certain movements or, in particular, a link to an elusive spirited flavor by established artists like Dubuffet, Modigliani, Gauguin, Gerhard Richter or Philip Guston (his early works), Fedotov has created his own secure world of spinning and often dreamlike sequences that naturally ebb and flow like the ocean's natural tide.

The artist's love of painting is obvious, revealed by the complete immersion into a magical world that seems to propel his subjects into a post-surrealist trance with bits and pieces of recognizable forms that go in and out of our consciousness. Sergey obviously is enjoying his journey into the realm of bringing to life portraits of artists whom he admires, such as Van Gogh and Cézanne. In one series of self-portraits, the artist captures his personality as reflected in a studio mirror, which sets a dramatic mood and echoes in his titles: Self-Portrait for Hell and Self-Portrait in a Straight Jacket. Other artists who come to mind that share the same decisiveness in working over a portrait are Georg Baselitz; Frank Auerbach's Head of Ruth Bromberg and Atom Age Vampire by Glenn Brown (featured in the record-breaking Sotheby's London auction, June 2012); Francis Bacon, Study for Self-Portrait (at Christie's, with a pre-auction estimate of $11 million).

Works that are impressive on a thematic basis are the swirling landscapes, which substitute swaying trees for limber dancers, color field compositions that pay a remote homage to contemporary abstract landscape painters like Wolf Kahn, and surprising outdoor narrative works by Jules Olitski and Larry Poons, who, up until the last decade, were celebrated for their textural surfaces without a hint of realism.

Sergey Fedotov enjoys a subject that can withstand the creative challenge of repeated exploration without duplication. Good examples are his unique color field paintings with storyteller titles such as Black Forest, Spring Forest and Oak Wood. In many ways, these odd interpretations that marry entities such as tree limbs with a rainbow ground cover of bright leaves may be the breakthrough element that simply is not found in other artists' works. At one moment, we are conscious of a grove of swaying trees, and in the next, the objects disappear as they are overcome by the antagonistic painterly surfaces that consume, like a pre-meditated asteroid blast, anything less powerful and ambulatory.

So, at the end of the day, the artist, poet, risk taker, philosopher and physicist (and illusionist), Sergey Fedotov, has connected the scattered influential fragments of his life and rolled them into one classic, engagingly beautiful canvas series that all at once portrays a three-ringed performance that carefully and meticulously balances the seemingly endless subjects that the artist is willing to tackle with results that are at once surprising and memorable.

Bruce Helander is an artist, the Editor-in-Chief of The Art Economist, and a frequent contributor to the style section of The Huffington Post. He is a White House Fellow of the National Endowment for the Arts and the former Provost and Vice President of Academic Affairs of the Rhode Island School of Design. 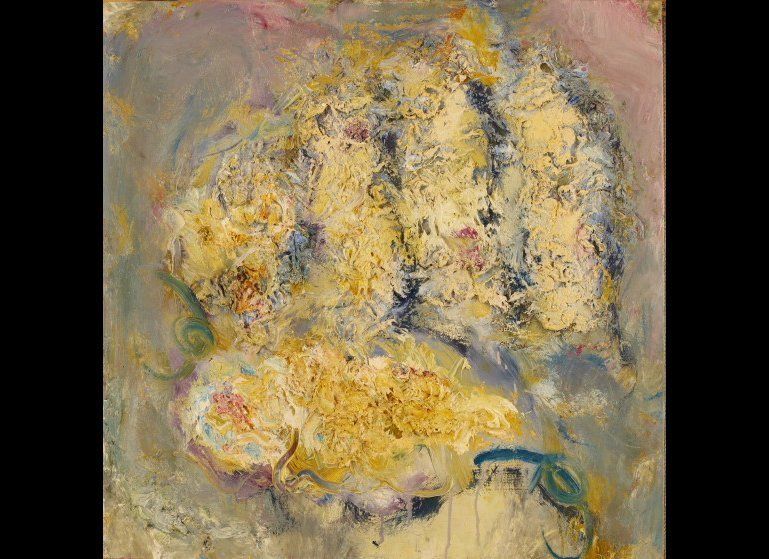