Russian lesbian, gay, bisexual and transgender (LGBT) activists launched an Internet campaign earlier this week that sought to thank the international community for their solidarity and support in wake of Russia's recent crackdown on LGBT individuals.

Titled "From Russia With Love," the campaign generated over 200 images of Russian citizens from all walks of life showing their support for the LGBT community in a flashmob-style project, as protests are considered illegal in Russia.

Recently, the world witnessed an unprecedented wave of public support for and solidarity with the Russian LGBT people against homophobic policies of the Kremlin, rolling down towards fascism. Russian LGBT people and their allies would like to thank everyone who spend their energy, time and resources to support us in hope of making a difference and pulling Russia out of medieval obscurantism. Global support and solidarity are very important for all of us.

Following the passage of Russia's anti-gay "propaganda" legislation earlier this summer, anti-LGBT violence has merely intensified in the former Soviet Union. Video recordings of public beatings and private torture have made their rounds on the Internet, as well as shocking images depicting state-sanctioned violence at pro-LGBT events.

The culture of fear and violence directed at LGBT individuals in Russia have left many wondering how this legislation will affect the 2014 Winter Olympics, slated to take place in Sochi, Russia this February.

Images of the "From Russia With Love" campaign can be viewed in the slideshow below.

PHOTO GALLERY
From Russia With Love!
Voting Made Easy
Register to vote and apply for an absentee ballot today
Register now 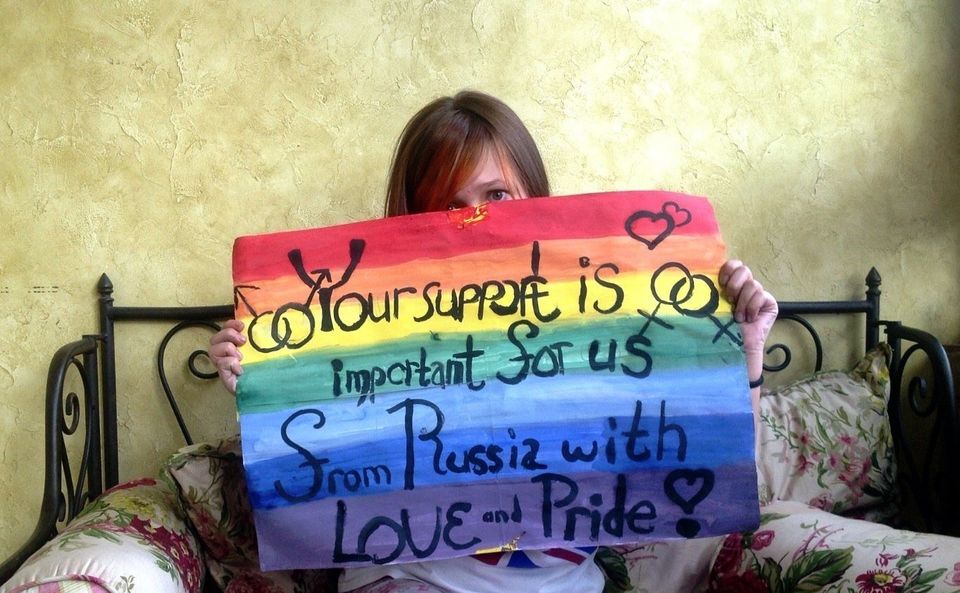 1 / 25
From Russia With Love!
Straight Alliance for LGBT Equality