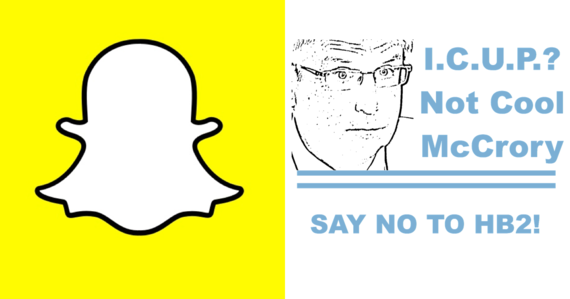 North Carolina and the Department of Justice Face Off

You've heard about HB2, the transphobic law in North Carolina forcing trans citizens to use bathrooms they don't feel comfortable in and forcing them to experience discrimination and fear daily. Last week, the Department of Justice sued, clearly stating that HB2 breaks the law, specifically the 1964 Civil Rights Act. The state leadership of North Carolina had until yesterday to amend or remove the bill to avoid losing millions in federal funding.

Yesterday, the state leadership of North Carolina sued the Department of Justice.

As members of the LGBT community in our country, we need to stop this case in its tracks. HB2 cannot become a cancerous model that spreads throughout the country, or even one referenced abroad as a way to justify even more extreme forms of discrimination against the already marginalized LGBT community.

But what can we do to help, if we don't work in the homophobic governor's office or aren't elected members of a gerrymandered, socially-conservative legislature?

The answer is to leverage technology... but how? Recently, Facebook and Twitter have lost their edge when it comes to social movements. The Arab Spring and Marriage Equality campaigns seem like distant memories of a time when social media could change the world. People, especially our nation's youth, aren't using the networks as frequently, and the companies are pressured to cram in more ads and make more money to satisfy their shareholders.

That got our team at HelpOutLGBT.org thinking. Where is everyone now? Snapchat.

Snapchat: From Sexting to Social Good

But isn't Snapchat just for sexting? It doesn't have to be. Recently, the Snapchat team revealed that they have more than 100,000,000 active users. Every single day. This is a platform with staying power!

Snapchat is ready to have a social impact like Facebook and Twitter before it. Currently custom filters are essentially native ads. But they had potential to be something greater.

That got us thinking. We created an anti-HB2 filter on Snapchat and launched it over the weekend to help the people of North Carolina fight the homophobic position of the State's leadership.

Here's how we did it.

To our knowledge, this is the first instance of using Snapchat filters for social good. It's certainly the first Snapchat campaign fighting for the LGBT community.

After attempting to reach out to the Snapchat team through multiple channels (email, LinkedIn, Twitter, etc.), we never heard back. Google has a non-profit advertising program that Snapchat could learn from in the future.

Undeterred, we moved forward buying ad space like any sponsor or company (mostly large corporations like Budweiser or Coca-Cola).

Initially, we'd hoped to cover the whole state, but after seeing the advertising bill (tens of thousands of dollars), we had to hone in on one place where we'd have the biggest impact.

That's when a lightbulb went off. UNC Chapel Hill is the flagship campus of North Carolina's education system. Yesterday was its graduation. Last week, we scrambled to design the filter and submit it for approval.

We waited to see if it would get approved in time to meet the imminent deadline.

Cryptically, it was approved the day before the graduation. Just in time.

The anti-HB2 filter blanketed the stadium at UNC Chapel Hill for graduation yesterday. We recognize that a single Snapchat filter alone won't change the world, but we're proud to have launched one of the first instances of using it to galvanize social change.

Hopefully we can keep the conversation going and help others use Snapchat as a tool to affect change. Maybe they'll even invest to build a platform to facilitate that!

Snapchat, if you're listening, we'd love to help you keep fighting for the LGBT community. In North Carolina and beyond.

Here's one Snap from the graduation, using the filter:

Snapchat reported that over 1,000 people at the UNC graduation viewed the filter. This may be the very first example of using Snapchat to fight for civil rights.

It is the first Snapchat campaign for LGBT equality.

One important distinction for our community is not to lump everyone in North Carolina, a dynamic, tolerant state, in with their homophobic governor.

In fact, it was a pro-trans and LGBT effort in Charlotte, pushed forward by the Mayor Jennifer Roberts and an inspiring pro-LGBT pastor named Robin Tanner, that started everything.

By fighting for our rights, they pushed the bigoted legislature and governor to band together and do something that was unprecedented. Within one day, they had met to pass HB2. If only they were so concerned with employment, health care, or education for their electorate.

They chose the wrong issue to take such a strong stand on, with our country united against the governor and legislature.

It's easy to lump an entire state and their homophobic leadership. Many of us have, but shouldn't, make this mistake.

The majority of the people in the State, including the students in the UNC system, don't support HB2. In fact, only 36% of North Carolina voters support HB2 and 53% believe HB2 hurts the state's national reputation.

One example is the hilarious Bette Midler (who rapidly recognized and corrected it, to her credit):

North Carolina lost the NCAA title. Guess they should have spent more time practicing, less time worrying about who's using which bathroom.

Oops, my bad! Sorry Tarheels, I shouldn't lump the kids @UNC with the knuckleheads in the State Legislature!

North Carolinians are, for the most part, Tolerant Allies

In fact, many places have welcoming policies. From national chains like Target to Weaver Street (aka "The Weave"), a local institution in Carrboro near Chapel Hill that I visited a few weeks ago with friends and family in North Carolina. 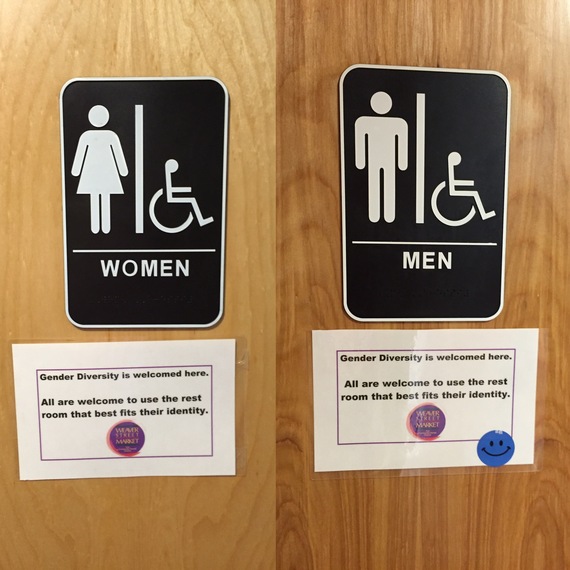 They Need Our Help! #RepealHB2

We need to stand with our allies and friends in North Carolina who advocate for #NoHateInMyState.

We need to empower them and lift up their voices to fight their governor, along with our nation's Department of Justice who has declared HB2 illegal, in violation of the 1964 Civil Rights Act.

They need our help and love now more than ever.

It's time to #RepealHB2! Find out how you can help here at EqualityNC.org.