When I wonder how I'll be remembered one day, I think about all the things that have made my life significant. There are my three beautiful children. There is my long-term relationship with my husband. There is the work I have done in my community. There is my work as a mentor to new counselors entering the addictions field, and the many years I've spent as an advocate, helping develop programs for people with mental health issues.

Finally, there is that time I was caught on camera pulling my pants down to inject heroin into my thighs in a doorway. Whether I like it or not, this moment is probably my legacy to the world. 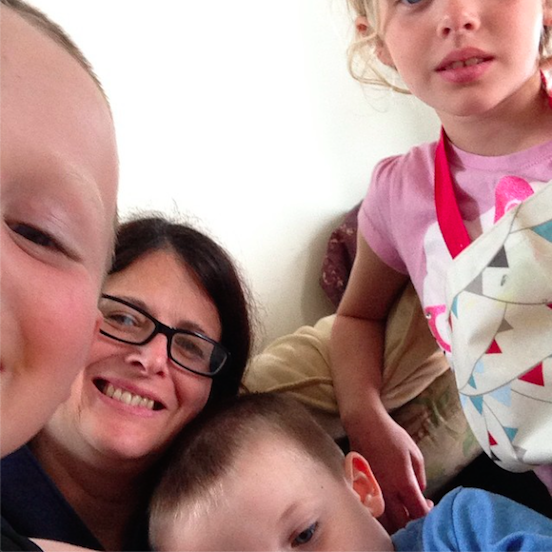 When I watch the movie Black Tar Heroin: The Dark End of the Street, that scene is still shocking to me, even as the person who clearly remembers that moment. In the 16 years that I have now been off drugs, I am continually surprised by the somatic memories of the sights, smells, and the pain that I was experiencing at that time in my life. That feeling of desperation as I was unable to find a vein. That coldness in the San Francisco air as it hit my legs. The scratchiness of the wool blankets that I had slept on the night before comes back to the front of my memory.

Then there was the elation I felt to finally get the drugs in my system, as the hot substance burned its way through my systems and dissipated into my eager body.

These experiences changed my life, but not forever. Like many people who use -- most of whom, as researchers such as Dr. Carl Hart have pointed out, don't become addicted -- there was a whole world open to me when I stopped.

But unlike most addicted people, my experience played out in front of all of America. Despite the fact that I had over one year clean at the time of the film's release in 1999, the whole country knew me as "that junkie chick" on HBO. Those moments caused a collective feeling of shock, horror, disgust and curiosity. My addiction was no longer my own; it belonged to a broader public conversation.

What is it like to be "outed" as an addict? Each of us has our own threshold for self-disclosure. It may start in that moment you raise your hand to identify themselves at a 12-step meeting. It may come when a family member or an employer discovers your closely guarded secret. Or in my case, it may come when two million people see your face on their TV screens. That moment when your private life is stripped away and the shame you had been hiding comes into full view.

I felt bitter at first that no one got the opportunity to know that I had discontinued all drug use and started a new life. But instead of wallowing in resentment, I decided to use my unique story as an opportunity to teach people about the daily struggles of a person who's addicted to heroin.

Despite the fact that substance use disorders are recognized as a clinical condition by the American Psychiatric Association's DSM-5, people with such problems are still frequently shamed or regarded with disgust. There is always that question of how we could have let this happen to us, as if we somehow chose to be this way. While many of us are fully accountable for our initial decision to use, the disorder creeps up in a way we were not expecting. Experimentation can lead to a substance use disorder, which can mean desperation and degradation.

When I got off heroin at nearly 28 years old, my self-esteem was measured in the distance between myself and the needle. One day, one week, one month. Those things were important to me. Because when I stopped using my reality was that I was a convicted felon with a body covered in scars -- with bad credit, rotten teeth and almost no social support.

There was just me and a mind racing with bad memories of the things I had done to maintain my habit. In rehab, I was surrounded by kindred spirits, most of them focused on the same common goal: staying clean. But that protective bubble ended when I moved back into society. To survive, I needed to get a job.

I was soon confronted with that dreaded box on application forms: "Have you been convicted of a felony?"

Yes, in fact I had been convicted. I wrote: "Will explain at interview," which I did, allowing a stranger I just met to know the gory details of my addiction. I was hoping this interviewer would see me in a frame that extended beyond that box. Amazingly, I was lucky that day -- I got the job. It involved cold calling people, trying to get them to complete surveys. I thought to myself, If I could convince people to buy drugs like in my junkie days, I would be great at this.

While my boss was supportive, my interactions with colleagues in that office were not always as pleasant. It is hard to explain in break time chit chat that you live in a sober house with a curfew. I mostly kept to myself.

Slowly I began to venture out into the world of non-addicts. "Hey, you're Tracey from that movie," people would sometimes say. Strangers would often offer to get me high as I navigated public transportation. I had people approach me at the movies asking if that was "really me." I received nasty looks and commentary from more strangers as I walked through the city. And someone even found it necessary to call my mother to let her know in a pitiful tone that they had "seen your daughter on the television."

I did receive a few positive words from strangers, mostly from parents whose children were struggling with addiction. At social functions, I often found myself strategically placed near an acquaintance that friends worried had a problem with drugs or alcohol. I was often scribbling referrals on napkins at barbecues and phone numbers on the backs of concert flyers. My tiny bit of celebrity gave me some sort of credibility.

I was able to grow from these experiences. I began working for harm reduction causes and getting some media attention focused on them through the retelling of my story. I was no longer "that junkie chick." I was a woman who had transformed my struggle into something positive.

As the so-called "epidemic" of addiction to heroin and other opioids continues in the US, stories like mine become even more important. My experience provides many years of evidence that there is hope after heroin.

Black Tar Heroin was made a long time ago but has stuck around. It got a second life on the Internet. Youtube pushed me into the spotlight once again.

But I have a new life today. I finished graduate school and started a family. I have been with my husband for 14 years. By the time I returned to the public eye, we had three beautiful children, now aged three, five and seven. I write and do organic cooking as my hobbies. And I have embraced my role as "soccer mom," though I don't always feel that I belong. I was voted the treasurer of the PTA. I had to laugh at the irony.

At my job, I manage 23 employees at a county health program. As I see the clients file in for detox as I make my way into work, I occasionally get nods and calls of recognition. I let them know they are in the right place.

The daily grind of a soccer mom may seem far removed from sticking a needle in my neck, yet both those experiences are important parts of my story. I get so many messages from 20-something addicts in isolation, I affectionately call them my "junkiemail." Despite the differences, there is a common thread between us: pain. I've slept alone in an alleyway with all my belongings scattered around me. I would wonder, Is this how my life will end? Will I die with a Jane Doe toe tag at the morgue, my parents never knowing what happened to their child?

I haven't forgotten what it was like. So I keep telling my story.

Tracey Helton Mitchell MPA CATC is an addiction specialist and recovering addict living in the SF Bay Area. She writes about topics related to harm reduction, addiction and recovery at traceyh415.blogspot.com. She also has a book coming out: The Big Fix from Seal Press.

Have a story about addiction or other mental illness that you'd like to share? Email strongertogether@huffingtonpost.com, or give us a call at (860) 348-3376, and you can record your story in your own words. Please be sure to include your name and phone number.