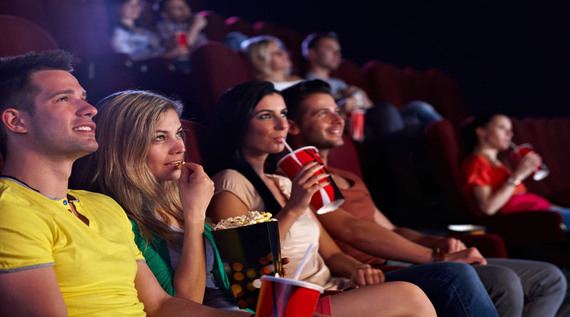 The transition of books to the big screen is nothing new to our society. Just as 2015 saw the release of book-based hits such as The Martian and Fifty Shades of Grey, so 2016 will continue the pattern, with films like The Fifth Wave and 13 Hours hitting theaters this month. Books have become well-respected tools for creating a better Hollywood. However, films should be just as respected for their ability to create better writers.

As an undergraduate creative writing student, it has become an expectation for me to have a list of favorite authors or be able to quote Kurt Vonnegut the way Stephen King releases books. It is only fair that the key to progress within the writing community is to support and invest oneself in the work of other writers. Nevertheless, us writers should also invest ourselves in the dynamics of rapid, straightforward storytelling -- which is embodied in film.

The main skill films help writers develop is attention to progress. Most directors and screenwriters know that the majority of people are not willing to sit through a five-hour film. Thus, every scene must have a purpose. This is a vital objective to keep in mind when writing a novel or short story. With most writing courses placing emphasis on literary techniques, it is easy to become more invested in diction than with actually moving the plot forward. Films reminds the writer that while a novel ought to have some degree of literary complexity, the goal at the end of each chapter, page, or sentence is simple: keep the story moving.

Films not only help writers develop a plot, but also help writers develop specific moments within their stories. Although writing is a means of expression, not all things are easy to express in writing, especially facial expressions and emotions. Films allow writers to study the bodily and emotional mechanisms that make characters read more realistically and make stories more enticing. It is one thing to simply state the emotion that a character is feeling, but it is another to show these emotions, whether through a lick of the lips or a furrowing of the eyebrows. Paula Hawkins, author of the novel The Girl on the Train, which will be in theaters this October, was able to develop her protagonist's predominant emotions of paranoia and doubt through inspiration from Alfred Hitchcock films. Attention to such details gives both the writer and the reader a better sense of the characters at hand.

Lastly, sometimes it takes a film to spark a story idea in the first place. Stop trying to get a story out of a morbidly specific or excruciatingly uninteresting writing prompt. A pleasing theme or aesthetic can be enough to inspire a character or setting. Brian K. Vaughn found inspiration for his comic series, Saga, after watching the Star Wars films as a young boy, as did Rainbow Rowell, author of the bestselling novel, Fangirl. Additionally, Ransom Riggs, author of Miss Peregrine's Home for Peculiar Children, which is set to hit theaters this Christmas, was inspired to start writing fiction after watching the film adaptation of The Shining.

As writers, whether fiction or freelance, our works often arise from the things we see around us or the things we wish we could see. Nonetheless, our works also stem from the visuals that have been created for us. As literature continues to infiltrate the film industry, perhaps we should utilize film techniques in our literature.