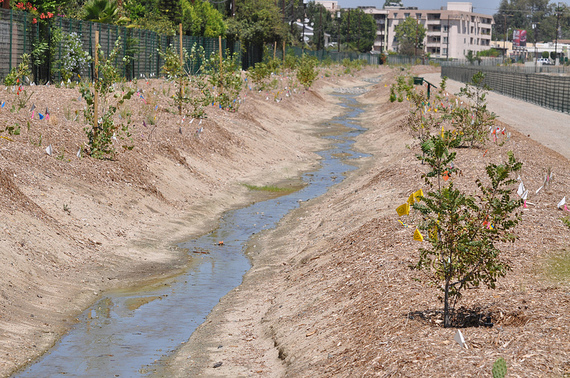 I've just returned to L.A. after having the honor of representing Mayor Eric Garcetti at the C40 Cities Climate Leadership Group in Johannesburg, South Africa. Cities are increasingly on the front lines in the fight against climate change as gridlock and dysfunction at the federal level have stymied efforts to address one of the most significant threats to our planet and way of life.

Outside of the conference, I had some free time with which I elected to visit the prison at Constitution Hill. I stood in the cells where Mahatma Gandhi was once imprisoned and where Mandela was held before his trial. After a week of discussing the challenges and impacts of climate change, I couldn't help but think that addressing this issue was the next great cause for social justice in our time. Though climate change affects each of us, it is the poor and the marginalized who are most impacted. It is the residents of the Lower 9th Ward during Hurricane Katrina or the elderly of Far Rockaway after Hurricane Sandy who can't afford to just get out of the way.

As inequality becomes more prevalent across the globe, those who believe in justice and opportunity must also address the growing challenge of climate change. Ignoring it has only worsened the problem. However, thanks to the initiatives taken by the 63 member cities of the C40 including mayors in Rio de Janeiro, Philadelphia, Mexico City, Vancouver, Melbourne, and here in Los Angeles, I'm pleased to report that we're beginning to see a turning of the tide.

Here in Los Angeles, Mayor Garcetti appointed me as L.A.'s first Chief Sustainability Officer so that our city helps lead the way in finding solutions that are applicable worldwide. Whether it's urban sprawl, a fossil fuel dependent transportation system, or a growing population in a region dependent on imported water, our climate challenges are the world's. It's not an exaggeration to say that the solutions that we find here can help establish a healthy, livable future for generations to come. 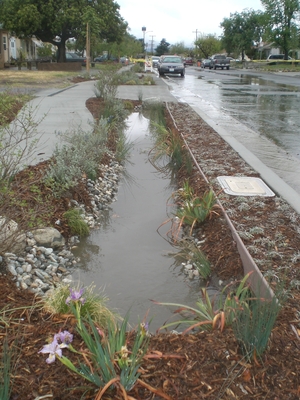 L.A.'s leadership on this issue has already yielded tremendous results. Thanks to conservation efforts, Los Angeles consumes the same amount of water as it did in the 1970s, despite a much larger population. We've also broken new ground with permeable and "living" streets that capture stormwater rather than let it flood our streets and pollute the Santa Monica Bay and Pacific Ocean.

By 2025, we'll have eliminated coal from our city's energy portfolio and replaced it with cleaner sources of energy including sunshine harvested from our rooftops. And, Mayor Garcetti's Great Streets Initiative has the potential to transform the landscape of our city to get people out of their cars and on to public sidewalks and plazas.

It's not just big city mayors taking note of what we do here. President Obama appointed Mayor Garcetti to his Climate Task Force, and this week it will gather at Los Angeles City Hall with other members including Governor Jerry Brown, EPA Chief Gina McCarthy, and Council on Environmental Quality Chair Nancy Sutley.

The stakes cannot be overstated. For despite our progress, recent events have made it clear that our work is only beginning. As we know, California is in a historic drought, and the extreme weather events we've been seeing will only increase in frequency as a consequence of decades of inaction.

While we need government to act, we each can be what I call citizen entrepreneurs. We can take responsibility as individuals for our corner of the world, and unleash the can-do attitude to install solar panels on our homes, help a local school become more energy efficient, improve a park in your neighborhood, or take on a project to make our city a better place. In doing so, we can inspire others to do the same, make our community more livable, and be part of the solution. That's why I'm taking ideas from all over Los Angeles on how each of us can address climate change. You can visit our forum on the Mayor's website to add your ideas and vote on the ideas of others here.