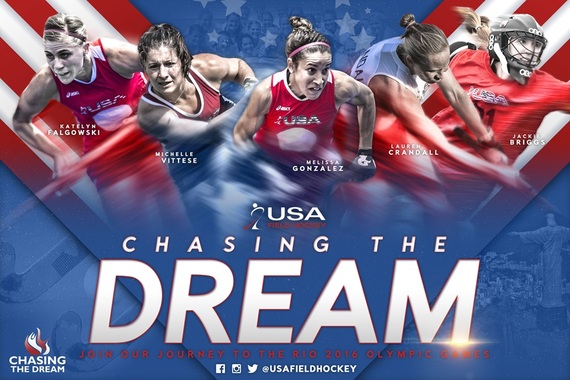 Hailing from New York, Melissa Gonzalez represents six percent of the team's makeup and one third of the trio not from the Keystone State. She is also the lone Latina.

With Gonzalez as the only ethnic minority on Team USA, perhaps there were opportunities to market her, and the sport, to a new audience. In spite of producing a better finish at this year's Olympics, compared to the last place finish in 2012, the governing body of field hockey struggled with maximizing the Olympic moment, and the platform it provides, to its advantage.

According to Kait Mitchell, USA Field Hockey Communications Manager, "the players weren't engaged with the media, unfortunately. They were collectively focused on performing well as a team and winning a medal," she shared.

As a result of the team's self imposed media blackout, there was no showcasing of Gonzalez, or any of the team members, to appeal to the Latin American community or make appeals to various American immigrant communities that avid lovers of the sport. Let alone, connecting the Team USA to the achievements of African American individuals and organizations growing the game, in the same metropolitan area that many of the Olympic team members call home.

Mitchell highlighted the team's Road to Rio campaign, Chasing The Dream, which aimed to raise the profile of the team and its athletes while driving fundraising. "I'm grateful for anyone who has given me an opportunity," Gonzalez stated in June's weekly Wednesday Chasing the Dream posts.

"I've been fortunate that a lot of people have extended themselves for me, not even necessarily about field hockey but about life. UConn, the staff and my teammates, were integral in shaping me as a person and player nurturing my never-give-up attitude."

"When I try to explain to anyone why this area is so strong," Charlene Morett told PhillyVoice earlier this month, "it's really because when Constance Applebee brought the sport over from England, she brought it to Bryn Mawr College. And then Ursinus and West Chester, under the great coach Vonnie Gros, my Olympic coach, and also Lock Haven," stated the bronze medalist who was a member of the USA Field Hockey team in the 1984 Olympics.

"So you had a lot of predominantly women's physical education colleges that really helped grow the sport, and they are all obviously in Pennsylvania. And especially with West Chester and Ursinus being so close to Philadelphia," said Morett, Penn State University's head field hockey coach.

Connecting dots and engaging one another to grow the game, throughout the Greater Philadelphia community, is available for the taking. Having grown up minutes away from one another, Morett in Darby while Tina Sloan Green was in Eastwick, what connects them today is sport.

"For me to play against somebody black was rare. I remember Eloise Coker. She went to Temple. She was a year ahead of me. Kitty Cox [coached at] Queens College in New York. I remember hearing about her too," Tina Sloan Green recalled in a 2010 interview with sports writer Donald Hunt.

A two-time All-American in field hockey at West Chester "under the great coach Vonnie Gros," Sloan Green made the Golden Rams proud when she moved on to lead Temple University's field hockey program for five years. Sloan Green was mentored by the legendary Keturah 'Kitty' Waterman Cox, who played field hockey during the 1930a and 1940s.

Cox "tried out" to be a student-athlete, but New York University "did not take black women" on varsity teams, "only men," she said in a 1981 Alliance for Health, Physical Education, Recreation and Dance publication.

After graduating from NYU in 1945, Cox coached field hockey and tennis at Queens College from 1952-1976 before being inducted into the NYU Athletics Hall of Fame in 1994.

Cox and Gonzalez have the New York connection. Arguably, such a human interest story may have sparked interest and provided content for the numerous multimedia platforms covering the XXXI Olympiad. 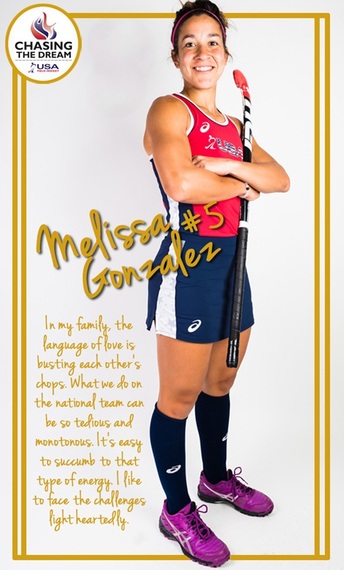 Meanwhile in New Jersey, Gloria Jean Byard, the first African-American named to the U.S. National Field Hockey Touring Team, could have added richness and diversity to Lawrence's article as well. She was part of the USA Field Hockey Team during the year the nation boycotted the Olympics. She gained experience as a member of the 1974-75, 1976-77 and 1978 national teams, which she would share for 38 years as a teacher and field hockey coach at Glassboro High School.

"She is truly seen as [a] unique coach who not only cares for the skill of the team or players, but coaches to help develop the individual," stated one of Byard's players in 2011. "Throughout her coaching career, Sarge has touched the hearts of many and I don't think she's realized it."

"Coach Sue [Donaldson] said it best," the player wrote. "It's not just about the field hockey player that she cares for, it's about the person."

Hall of Fame basketball coach Vivian Stringer also had a stint playing field hockey at Slippery Rock University. "My field hockey coach, Dr. Pat Zimmerman, was a woman of tremendous character and integrity, and she made a deep impression on me before I even started playing for her," Stringer wrote in her autobiography, A Memoir of Tragedy and Triumph.

While in Rio, as an assistant coach, Stringer won her second gold medal with Team USA Women's Basketball. She is connected to the same Philadelphia area that produces so many members of USA Field Hockey's Olympic team, as well as to Zimmerman who was a US National Team member.

Unfortunately, none of these dots seemed to be connected to benefit USA Field Hockey. None of this information seemed to be known, shared or highlighted in articles, interviews, postings or exposés to promote the sport. Olympic medal winner or not, in order to grow the game you have to engage.

In the first week of the Rio Olympic Games, The Aspen Institute Sports & Society Program and its Project Play Initiative asked "How well are stakeholders doing in making quality sport accessible and affordable to all kids, regardless of zip code or ability? How well are they serving the health of kids and communities? The "State of Play: 2016" annual snapshot identifies 50+ key developments over the past year.

We can only hope that USA Field Hockey is reaching out to and partnering with initiatives like The Aspen Institute Sports & Society Program and its Project Play Initiative. Accountability is key. Hopefully accomplished members of the greater field hockey community, that represents our diverse population, will want to get involved to introduce new audiences to the sport. We hope that this will be on the agenda very soon. The countdown for Chasing The Gold in 2020 has begun. 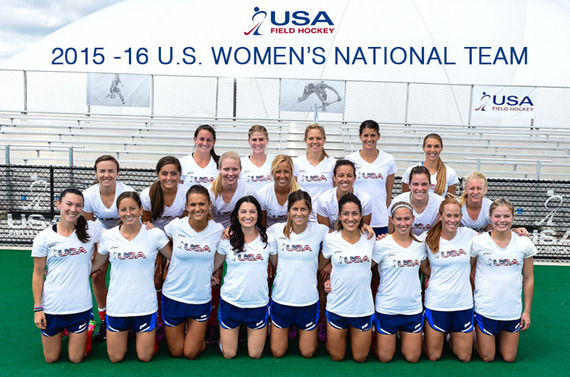 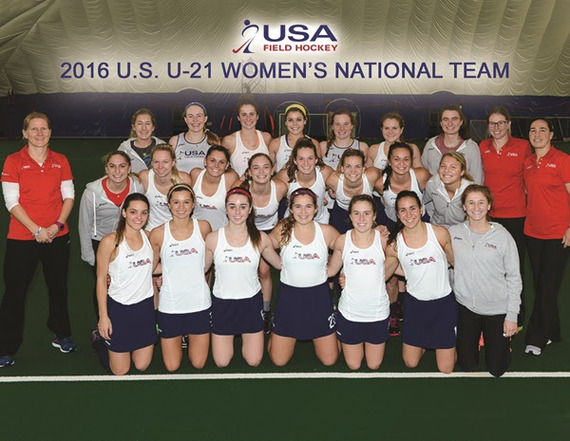 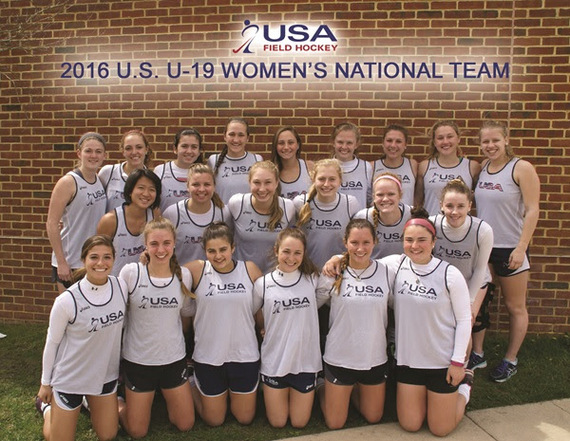 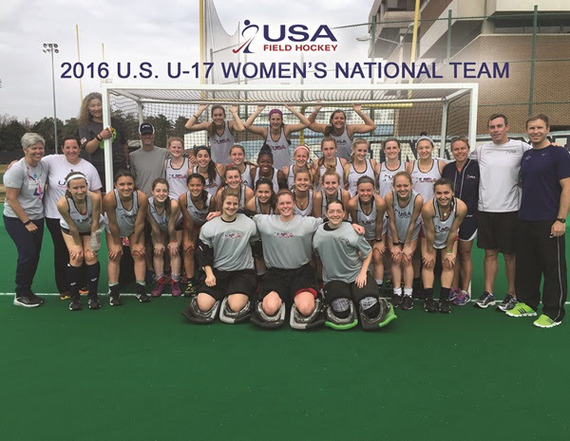