Resistance is futile, so go ahead, "mobile"-ize us!

MWC Shanghai, Asia's biggest mobile industry event (July 15-17), features over 250 exhibitors with the pitch that "from connected cars and wearable tech to mobile payments and smarter cities, mobile is revolutionizing and enhancing every aspect of our lives." Okay, cool.

Then you've got to admit being totally wowed by those Apple Watch adverts -- "the watch reimagined," and "our most personal device yet" -- wearable mobile technology in a cool timepiece, hello! 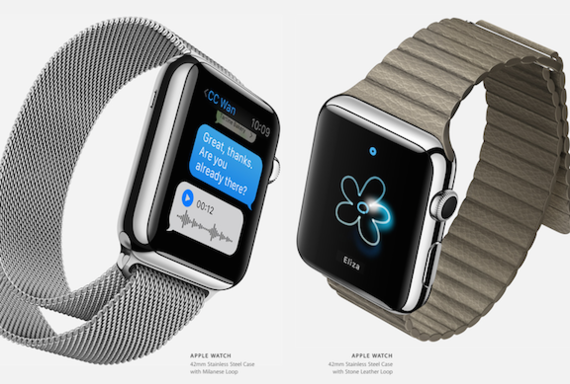 However, if you dig a little deeper, there may be warning signs jingle-jangling up ahead.

Various authors like Nicholas Carr ("The Glass Cage: Where Automation is Taking Us") are sounding alarm bells about us becoming a "ward of our phones" and how we are being prodded cattle-like towards an "increasingly mechanized and anaesthetized future." Then there's memory expert and neuroscientist Veronique Bohbot who says that by relying on GPS systems and not using our internal navigational skills, our "hippocampuses" will begin to atrophy. And, that relying on computer navigation aids may lead to earlier onset of Alzheimer's or dementia. I don't have a clue what a hippocampus is but that all sounds kind of, well, scary.

I mean, just look around. Our kids would rather text their friends than talk to them. And, have you been at dinner with your significant other, sitting in silence while totally engrossed in your own phone? Already, psychologists claim smartphones can be the "third wheel" in a relationship interfering with our love lives. I mean, why bother?

And while no one wants to be a modern Chicken Little shouting about our increasing digital addiction, does this all signal time for some digital detox -- like thought-provoking visual artist Timothy Robert Smith suggests in his striking "I, Disconnect" painting? 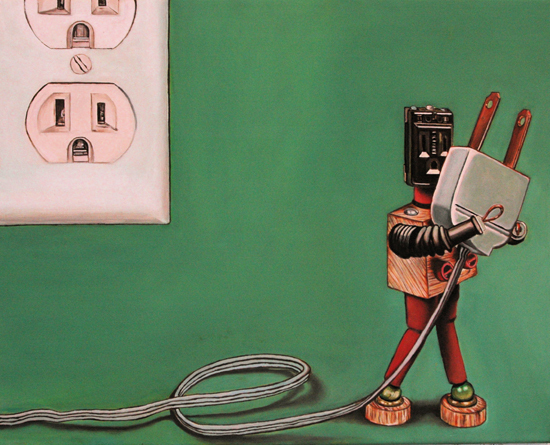 "I, Disconnect" by Timothy Robert Smith


Dr. Armen Orujyan is a Commissioner on the UN's Broadband Commission for Digital Development. But he's also the founder and chairman of Athgo, a family of companies, which includes a tech startup -- still in "stealth" mode -- geared to enable students and budding entrepreneurs worldwide to launch technology and other startup businesses. He has a different take on our seeming mad rush to total mobility, quipping that we should relax, maybe take a chill pill:

Evolution takes different forms, and anytime there's a substantial change underway, people throw their hands up saying that it's the end of the world, like Chicken Little. And this cycle keeps repeating itself -- that anything we don't understand makes us feel insecure. Going back to when Italian scientist-philosopher Galileo was considered a heretic for suggesting that the Earth wasn't the center of the universe. The poor man was put under house arrest until his death, even though he was ultimately proven to be prescient and a father of modern physics. Similarly, when television begun replacing radio as a primary means of information exchange in the 1950s, the 'Elders' worried that the interpersonal nature of town-hall meetings for idea exchanges would be blinded by the 'wires and lights in a box.' The 'Elders' also thought TV would have a subversive influence on youth when it did the opposite, with shows actually helping young people make sense of their changing world. Despite all that initial fear, television is all pervasive now, and we seem to have done alright. 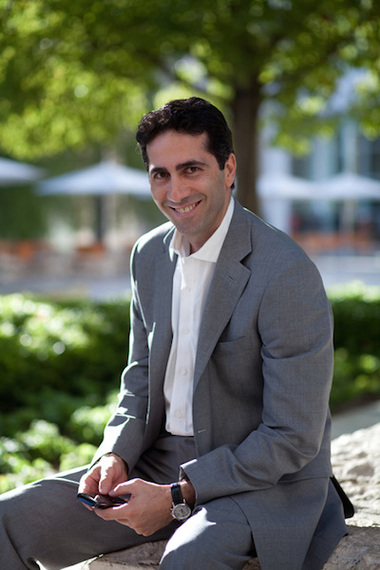 Dr. Armen Orujyan - "Let our kids do what they do best with new technology -- innovate."

Now, with another explosion of technological evolution like mobile devices, some of today's 'Elders' have a misplaced worry about our kids texting instead of using spoken words. But I sense we are fine and we will be fine! As people, we adapt and grow. Who we're becoming is the result of transforming our information exchange from town criers to telegraph to radio to television to fixed phone to Internet to mobile phone to text, and whatever else that will soon exist out there. So let our kids do what they do best with new technology -- innovate. That's the reason that you're able to read this...possibly on your new smart watch!

Athgo International, a nonprofit organization that Orujyan runs, is holding its 6th Global Innovation Forum at the World Bank, August 12-14 in Washington, DC with a focus on "Intelligent Innovation." Program features include getting invaluable startup guidance from cutting edge, industry leaders on how to turn your innovative idea, skill, and passion into a commercially viable and socially impactful business. Additionally, you can connect hands-on with mentors and have an opportunity to win an innovation grant -- Athgothon 2015 can effectively help 'build a startup in three days.' The use of various forms of technology by young people to help realize their dreams is at the very heart of the always inspirational Innovation Forum.

As I said, resistance to "innovation" and "mobility" may indeed be futile, so enjoy the ride!

Check out The Global Innovation Forum.