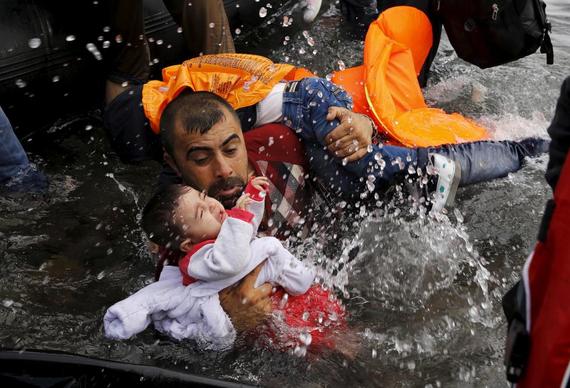 It's been almost less than one year ago when Greece holds a referendum the essential question of which was whether or not the Greek people want Greece to stay in the Europe by keeping being a member of the euro currency. At that time, thousands of Greeks poured into the streets outside of the Hellenic Parliament defending Greece's European membership carrying placards where it was written their primary slogan "Yes to Europe." I did not belong to those protestors not because I conceive that my country's future would be brighter by falling apart from the so- called European project and selecting to be isolated geostrategically and economically. But because I didn't believe - and still today myself hasn't been convinced of that- that the European Union as it has been developed so far deserves to be praised or applauded by its people.

Shouldn't these pro-Europe Greek protesters calling in July 2014 the government to say "Yes to Europe" be feeling today very uncomfortable on the eve of the unprecedented refugee crisis to which Europe has been caught unprepared? Yes I would say so. And perhaps even ashamed because Europe, they were defending is the same one proven today incapable of reducing the human toll for thousands of humiliated refugees and their children. 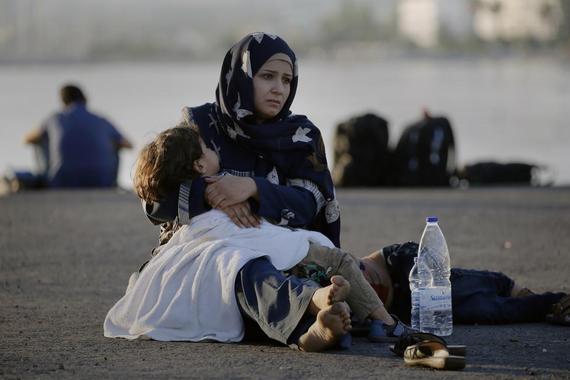 The images that the distinguished Reuter's photojournalist Yannis Behrakis took depicting the nonstop drama of the Syrian refugees and other immigrants arrived on the shores of the Greek Islands are shocking. But it's an even bigger shock for somebody to realize that Europe does nothing to avert this painful for those children, women and man's situation rather than taking the closed doors decisions pretending of alleviating the misery of these people, but in reality, European leaders are doing quite the opposite. They condemn these refugees and immigrants not to have access to Europe as a shelter for a better life with peace, dignity and respect to their lives, instead of assuming the right action to provide the safety they deserve as asylum seekers.

The way that many of the European member states are doing regarding the managing of this situation is something more than a mere indication of how Europe in nowadays perceives the meaning of its existence. It's a clear evidence that the European Union has been transformed into a group of countries they are committed to operating together in order to save just their societies from the "strangers" who in this case are the thousands of people attempting to "save" their lives from the war and the atrocities taking place in Syria and other countries in the Middle East. The European Union is getting demolished as it's taking down the principles based on which it was established. 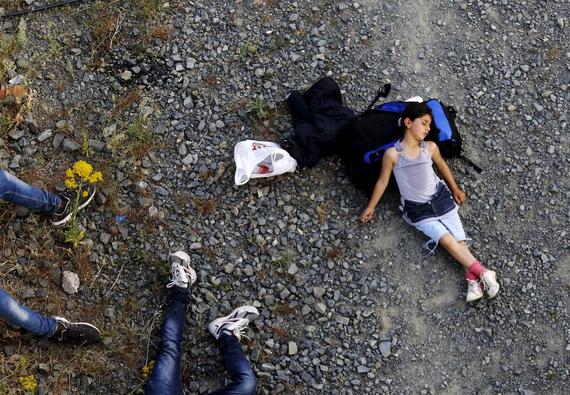 It's unacceptable that the EU leadership, including the Greek Prime Minister Mr. Tsipras are watching the FYROM and the Turkish authorities pathetically to violently and inhumanly treat these refugees. It's hypocritical that above the ashes of the lost dignity of these people, the EU states are playing a negotiating game of seeking a manner for their countries to undertake in their shoulders as less burden of responsibility as possible. It's disgusting that Europe is confronting these refugees not as human beings, only as a trouble the EU politicians are attempting to transfer it to each other erasing from the European consciousness words like "solidarity" and "humanity".

The slogan "Υes to Europe" should become "shame on Europe" and we should express it as louder as we can.