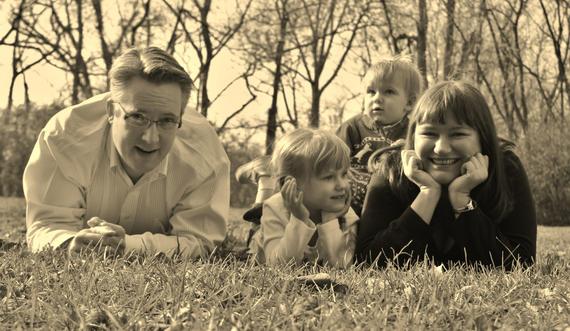 "I work all night, I work all day, to pay the bills I have to pay
Ain't it sad
And still there never seems to be a single penny left for me
That's too bad"
-Abba

Gena Bigler and Helaine Olen come from different worlds. Bigler, who has served as CFO of McNay Settlement Group in Lexington Kentucky and a columnist for KYForward.com, spent her formative years in Leslie County in the mountains of Eastern Kentucky. Olen writes The Bills, a terrific column about the intersection of money and life, and lives in New York City.

Both come to the same conclusion: Handling money is simple if you have your values and goals in place. Both of them expound on that conviction in recently published books. Olen's book is The Index Card: Why Personal Finance Doesn't Have to Be Complicated that she coauthored with Harold Pollack. Bigler's book is Frugal Spending for Rich Living. 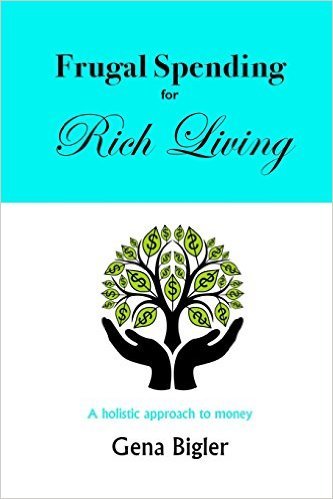 Gena is my daughter via adoption. Like most parents, I think I knew everything about my children, but they manage to keep a few secrets from us. Gena's secret was how much her childhood in the mountains had a profound influence on her adult life. That is where her Frugal Spending to Rich Living philosophy comes from. Quality time with family and traditional values are far more important than impressing her neighbors with material possessions. There is not much of a chance that Donald Trump will woo Gena to support his campaign.

She grew up in a matriarchal environment where the mother made the family's financial decisions and Gena developed a strong sense of independence and self-reliance. Joe Nocera did a New York Times column featuring Bigler and he was surprised to find a passionate liberal and ardent feminist who can also handle an assault weapon. She taught Nocera how to shoot a gun and stands strongly for the second amendment.

The fact that Gena's beliefs do not fit in a cookie cutter demographic go to the essential part of Frugal Spending for Rich Living. Each of us has to live life based on our values. Bigler has watched too many people become miserable trying to "keep up with their neighbors," instead of spending time to find what makes them truly happy.

The book is a wonderful teaching tool and shaped by the parenting of her two children. It also connects nicely with the values that Helaine Olen espouses in the The Index Card. 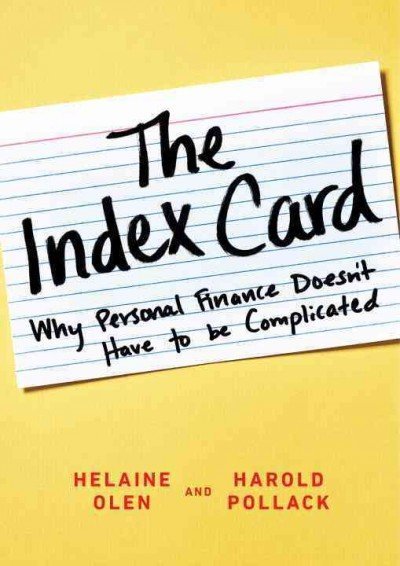 I discovered Helaine through our mutual friend Gary Rivlin (Gary is a former New York Times reporter who has written several highly acclaimed books including Katrina: After The Flood). I became a huge fan of Helaine's first book, Pound Foolish: Exposing the Dark Side of the Personal Finance Industry, which I frequently cite in lectures. Along the way, Helaine and I become avid Facebook and Twitter followers of each other's work and her column in Slate is an absolute "must read" for me. She is able to constantly find a nontraditional twist on the most traditional of topics.

This talent for taking an unconventional look at a conventional topic gets us to The Index Card. The book that she co-wrote with Harold Pollack has been a big bestseller since its release in January. It's an easy to read book with easy to follow directives that could all be listed on an index card. Some of the ideas are simple ones that not enough people do, such as attempt to save 10 percent to 20 percent of your income and pay your credit cards off on time. Others are ideas that I have espoused for decades, such as not buying individual stocks, to wait to buy a house until you are financially ready to do so and to max out your 401K and retirement plans, especially when you are young. It gives people financial security and options when they are older.

The bottom line for both books is the same. Develop a lifestyle that allows you to live within your means and save some money for a rainy day. Look at the long-term and repeat good habits over and over. Develop good traditions and hand them down to your children.

No matter what part of America you live in, common sense is a concept that travels well.