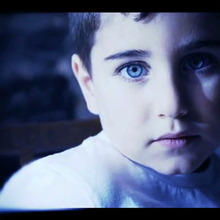 According to research published in excellent, peer-reviewed journals and dating back 17 years, one of the major potential causes of depression, anxiety, shyness and low self-esteem (the undervalued self) is found in about 20 percent of the population. This is the trait of sensory processing sensitivity, or, in lay terms, high sensitivity.

Sensitivity is not a trait that inherently produces problems. It is an apparently innate strategy, adopted by a minority of humans (and a minority of individuals in at least 100 other species). It is characterized by a more careful processing of information in new situations and using that information then or later. The negative side of this deep processing is that, while they are more positively affected by positive situations, they are also more negatively affected by negative situations, plus being generally more easily overstimulated when there is too much to respond to.

Not surprisingly at all, many research studies demonstrate that when highly sensitive individuals are raised in a stressful home and school environment, they are more prone to physical and mental-health issues, especially anxiety and depression, than the general population. However, with a suitable upbringing, those with this trait are actually healthier and outperform others in many ways -- for example, they are more socially competent and perform better academically. Further, mental-health interventions with this group have been demonstrated to be more effective than with those without the trait. What an opportunity for preventing problems and helping people!

Outside the group of researchers involved, however, all of this information has been largely ignored. That's the nature of new knowledge. Research filters slowly into the culture, and it can take a generation for schools training doctors, psychologists, teachers, and so forth to acknowledge new viewpoints. Still, having done much of this research, I am getting frustrated. So when Global Touch Group suggested we work together to make a full-length documentary (PBS-suitable) about high sensitivity, actually, I hesitated. After all, it would cost about $100,000, and being highly sensitive myself, I like to think things over and definitely do not like taking risks.

Then I said, "Let's do it." If we can raise the money. I have a number of subscribers to my website, and there's the general public who might care about this subject. But I was told that first we needed a short "sizzle" to introduce the longer film, which also cost money, of course. Would people fund it?

I sent out an email asking for a few large donations. I figured if no one stepped forward, there was no point in going on with this. To my surprise and delight, some people did make the generous contributions we needed.

Now the "sizzle" for the film Sensitive is finished and up on Kickstarter, a crowdfunding website. I am a little embarrassed that it is so much about me, but the producer and director insist that a personal story makes it more interesting. The film itself will have interviews with other researchers of the trait as well as an ethnically and internationally diverse sample of highly sensitive people (HSPs) and their friends and families. The emphasis would be threefold: to explain what high sensitivity is, the huge advantages of having it, and the problems that can occur when it is not understood.

To other highly sensitive people, the sizzle may feel a bit overstimulating, as it did to me. It has quick scene changes and strong images, but remember it is like a trailer, not the film itself. Trailers are rapid and emotional and meant to motivate you. If you are an HSP, I hope you like it and take some hope and pride from what it says about all of us.

The goal of the film Sensitive: The Untold Story is simply to raise awareness about the nature of high sensitivity, because so many people who have this trait say that understanding their completely normal trait has changed their lives by explaining why they have always felt different. Parents of sensitive children also find understanding the trait crucial. We hope to raise awareness, too, among professional and other researchers. To me, the time has come. Indeed, it is long overdue, and the blessing of crowdfunding is that "the people" decide what is produced, in this case highly sensitive people and those who care about them.

If the project seems worthwhile to you, please go to the link and also pass it on. There is also a website for the movie.