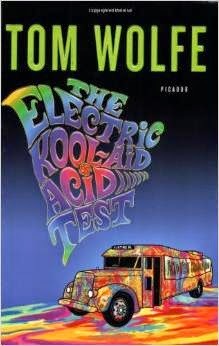 The concept of joy naturally has a positive connotation, but it's really camouflages the need for escape and oblivion. Joy may be associated with so called Dionysiac type experiences in which wine and other substances produce the illusion of oneness with nature and others--an illusion that's quickly dispelled by the path of destruction generally left in the wake of such experiences. Jon Krakauer's book about Missoula and the Grizzlies reviewed recently in the Times recounts the aftermath of several on campus Dionysiac experiences ("Jon Krakauer's 'Missoula" Looks at Date Rape in a College Town," NYT, 4/19/15) Fuck joy! It's just materialism in formal dress. The reason so many people are loathe to meditate is that it's the opposite of a joyous experience and it's certainly not something that can be attempted if you're inebriated. Meditation puts you in touch with reality. In this sense it tends to be rather disappointing since it's not the white light experience which most people anticipate. Rather meditation is a shedding of wishes and desires, culminating in a rather disconcerting and sometimes frightening nothingness which constitutes a form of human truth. Once a session is ended, the meditator returns to the comforting strife of his everyday existence, with its temptations, desires and hallelujahs. Joy is like a popper. It raises the bar too high. Yet get a rush then you crash. Momentary joy may be found in a steak or a great orgasm, but it passes with nothing left to fill the emptiness than the prospect of the next joyous event--or hit. Tom Wolfe's The Electric Kool-Aid Acid Test (l968) tells the story of one such search for joy by Ken Kesey and his Merry Pranksters.