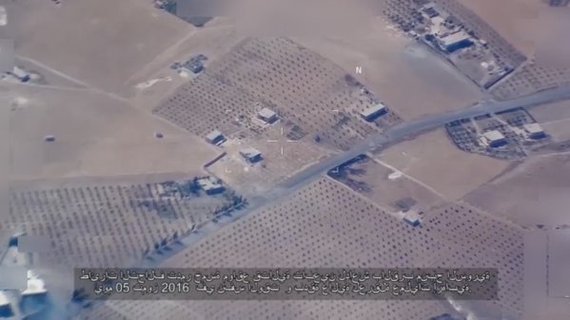 While the United States was transfixed by the Republican National Convention, wire reports of an American airstrike killing dozens of Syrian civilians began pouring in. The low estimate from the Syrian Observatory for Human Rights (SOHR) identifying the death of 56 civilians, including 11 children, leaves US Central Command's (CENTCOM) reports of the same strikes as targeting "ISIL tactical positions" in Manbij, and indeed, its entire system of accountability for civilian deaths, comically questionable.

Locals in the area reported even higher death counts of 160 and as many as 212, fanning the flames calling for an investigation into the deaths. The consequences have become severe as the Syrian National Coalition (SNC) called for a moratorium on US airstrikes until the deaths are investigated as the killing of civilians could "prove to be a recruitment tool for terrorist organizations."

However, the current system makes the SNC's request tactically unfeasible: recent press releases from US-CENTCOM show that investigations' results are typically released two to seven months after the investigated incidents--long after they have faded from public consciousness.

Even when CENTCOM finally responds, numbers are likely to diverge significantly: by August 2015, the SOHR estimated that 181 civilians were killed in coalition airstrikes while US-CENTCOM reported the death of only two.

The same incongruities have been observed in the Obama administration's recent fact-sheets on total civilian deaths due to drone strikes outside of Iraq, Syria, and Afghanistan. Early July, it said that such operations had killed between 64 and 116 civilians and over 2,500 combatants. The Bureau of Investigative Journalism, along with other sources, has reported much higher numbers: it estimated that in Pakistan alone, between 257 and 634 civilians, including 66 to 78 children, were killed by 2009.

To be fair, the US government has surveillance capabilities that far exceed those of any one nongovernmental organization. The fog of war makes it impossible to trust any single source as one that might speak truth to power and hold our military accountable for strategically counterproductive strikes on civilian deaths. The same SOHR cited here has been guilty of labeling incidents of Kurds torturing and evicting Sunni civilians on a mass scale as "isolated incidents", despite the confinement of thousands to "security zones" reported by the Human Rights Watch.

But because President's report does not even break its numbers down by time, let alone by specific incidents, it is impossible to identify any potential reasons for the disagreements between third parties and the government and improve both sides' methodologies.

Given the entirely classified and ambiguous criteria for determining investigations' results, the results of CENTCOM's and POTUS's previous studies leave our military's estimates bordering on the absurd. It cannot claim to be conducting the "most precise (aerial assault) in history" when Syrians are looking to US-backed forces thinking "they were coming to finish ISIS, but it seems they are finishing us first." Real leadership in the in the war on terror demands accountability for the world after ISIS and Al-Qaeda, but it seems like no politician or policy-maker is interested in planning for a Syrian society beyond today's war.