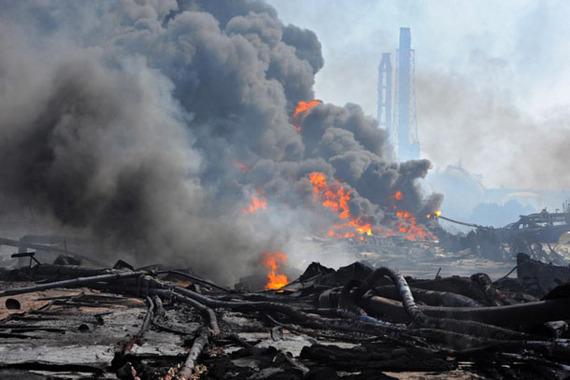 The U.S. nuclear industry's prospects looked pretty rosy back in February 2011. Republicans had placed the nuclear "renaissance" at the top of their agenda and introduced legislation to streamline regulatory oversight at the Nuclear Regulatory Commission (NRC). Meanwhile, President Obama's fiscal year 2012 budget request proposed adding an additional $36 billion in loan guarantees for new reactors, twice as much as the previous program.

A month later, the bloom was off the rose. If low natural gas prices and high construction costs weren't enough to scuttle the industry's anticipated renaissance, the March 11 disaster at the Fukushima Daiichi nuclear plant in Japan was a grim reminder that the unthinkable could indeed happen, even to U.S.-designed plants. The 9.0-magnitude earthquake and 50-foot tsunami that devastated the facility ultimately caused three of the six General Electric boiling water reactors to suffer meltdowns, contaminating thousands of square miles and forcing 160,000 people to flee their homes. And the nightmare is not over. Although the Japanese government recently announced it would allow 350 nearby residents to return home on April 1, radioactively contaminated water is still leaking into the ocean, the cost of cleanup and victim compensation could swell to $125 billion, and none of Japan's nuclear power reactors are currently operating.

In the immediate days and weeks after the initial event, members of Congress and reporters around the world turned to nuclear experts at the Union of Concerned Scientists (UCS) for an unvarnished assessment of the unfolding crisis and its ramifications. David Lochbaum, the director of UCS's Nuclear Safety Project, and Edwin Lyman, a senior scientist in the group's Global Security Program, held more than a dozen press briefings, often with as many as 125 reporters on the line. They testified at congressional hearings and appeared on major network and cable news shows. And -- along with other UCS staffers -- they posted more than 40 blogs. All told, they were featured in thousands of news stories.

This overwhelming interest in all things Fukushima prompted Lochbaum and Lyman to team up with Susan Q. Stranahan, a former nuclear beat reporter who led the Philadelphia Inquirer's Pulitzer Prize-winning coverage of the Three Mile Island accident, to write Fukushima: The Story of a Nuclear Disaster (New Press, $27.95), the first comprehensive account of the catastrophe. The book, which took nearly two years to research and write, came out in mid-February to glowing reviews. Kirkus Reviews called it a "gripping, suspenseful page turner." "Thriller-like," Booklist raved, "a cautionary analysis of the perils of nuclear power the world over." And Publisher's Weekly called it an "eye-opening exposé."

Although the first half of the book is largely devoted to the details of the catastrophe and the harrowing events that followed, Fukushima is far more than a disaster diary. It also provides a clear-eyed look at the Japanese regulatory regime that helped make the disaster all but inevitable, and makes a strong case that U.S. oversight is plagued by the same complacent attitude and undue industry influence. Indeed, the chapters that focus on the NRC's shortcomings are as disturbing as the Fukushima calamity itself.

Perhaps the most glaring agency failing is the fact that its regulatory approach is predicated on a vaguely worded standard directing it to "ensure adequate protection of public health and safety." Adequate protection? What exactly does that mean? The NRC itself doesn't seem to know. Successive generations of commissioners have offered different interpretations, resulting in inconsistent and often inadequate safety standards.

"The NRC hasn't heeded all the lessons of the disaster and is slow-walking regulatory changes," said Lyman, a physicist. "Likewise, the agency is refusing to address a number of longstanding threats, including the risks of overcrowded spent fuel pools and inadequate emergency planning."

Lyman and his co-authors warn that if NRC commissioners ignore the post-Fukushima task force's top recommendation and insist on watering down the rest of them, it will only be a matter of time before a similar event happens in the United States. They point out that:

"Fukushima wasn't a 'Japanese' nuclear accident," said Lochbaum, a nuclear engineer who worked in the industry for 17 years before joining the UCS staff. "It was a nuclear accident that happened to occur in Japan. Japanese and U.S. regulators share the same mindset that severe, supposedly 'low probability' accidents are unlikely and therefore it is not worth the time and money to protect plants from them. How many Fukushimas will we have to go through before NRC commissioners get it through their heads that it could happen here?"